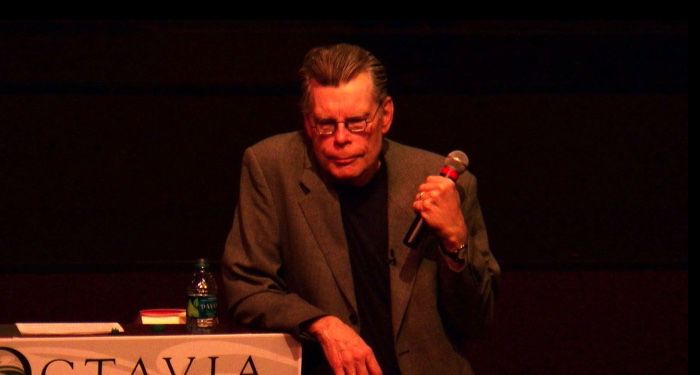 Critical Linking is a daily roundup of the most interesting bookish links from around the web sponsored by To Calais, in Ordinary Time by James Meek, from Canongate Books.

A pandemic like COVID-19 was ‘bound to happen,’ King says. ‘There was never any question that in our society, where travel is a staple of daily life, that sooner or later, there was going to be a virus that was going to communicate to the public at large.'”

“The story sees the author dealing with two incidents – a trip on a liner to New York surrounded by fog, and an encounter with a ‘shabby little boy, carrying a small bundle’. ‘His face was white, and his eyes had that horribly bewept, almost blinded look one shudders before when one sees it in an older person. That a child’s face and eyes should look so was inhuman – unnatural,’ she writes.”

“Look, we’re all adults—and if you’re not, there are plenty of other io9 articles to read (although let’s be honest, they’re all sexy). Social distancing is tough for a lot of reasons, one of them being how it affects our sex lives. It’s important to find creative ways to keep yourself satisfied and we’ve got a few suggestions for you.”

Get your SFF freak on.