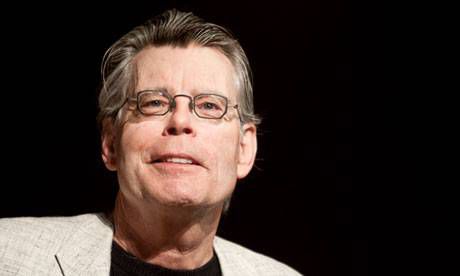 Does Stephen King ever sleep? The 70-year-old author has just announced a new book—his second of 2018—called Elevation. The 144-page novella will be published on October 30, just over five months after his other 2018 book, The Outsider, arrives in May.

The man is a machine.

The Irish novelist Edna O’Brien has been named as the winner of the PEN/Nabokov award for achievement in international literature, for “the absolute perfection of her prose” and her “powerful voice”.

Milo Ventimiglia has another tearjerker on his hands. The This Is Us star is in talks to return to the big screen for the film adaptation of The Art of Racing in the Rain, EW has learned.

The original novel, which was published in 2008 from author Garth Stein, is told from the perspective of a family dog named Enzo as he reflects on lessons learned from his human owners. There’s Denny, a struggling race-car driver; Eve, Denny’s wife who’s struggling with brain cancer; and Zoë, their daughter.

Get your tissues handy.