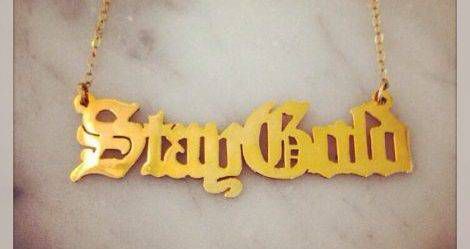 This has been an interesting start to the New Year. We are counting down the days to when our world turns into The Plot Against America by Philip Roth while resolving to fight against fake news, hatred, and double standards.

Also last October, S.E. Hinton, beloved writer of The Outsiders and one of the pioneers for Young Adult Fiction,  took offense at the interpretation that Ponyboy and Johnny, her two main characters, were gay. Normally a story like this, wouldn’t have a sequel, but this one does. According to Twitter and multiple news sources, last week she got shirty with people asking for more LGBT characters in her novels.

S.E. Hinton, like Amelia Atwater-Rhodes and Christopher Paolini, represents who I wanted to be as a teenager. I wanted to have a novel that would lead to a book deal. I craved her tight narrative. She wrote a handful of novels and short stories, before fading from the public eye. For the most part her Twitter feed shows common sense.

This feels dissonant, the controversy and her feed. While authors aren’t necessarily nice, Hinton seemed it up to these points. We can’t just dismiss her deleted Twitter rant or condemn it. It requires a further look, and careful analysis. The Outsiders talks about gang life for Ponyboy, a longhaired teen “Greaser” who gets into fights with rich white boys called “Socs”. School doesn’t matter when you try not to die; only your brethren do. Things get hairy when a Soc tries to kill him, and another Greaser named Johnny kills that Soc instead. The tragedy that ensues shows the difficulties of “staying gold” and staying innocent.

Does the story change if Ponyboy and Johnny are gay, or bi? Does it change if Johnny murders for romantic love rather than for friendship love? For Hinton, the answer is yes. For the rest of the world? That depends on the reader.

The Outsiders was Hinton’s first baby. It launched her into stardom, and into crippling writer’s block. She, like Judy Blume and J.D. Salinger, became a pioneer for young adult literature. The novel talks about tough stuff like gangs, keeping families together, and class differences. For her, she said what she intended half a century ago. She remains stuck there, for better or for worse.

For me, Johnny and Ponyboy being in love wouldn’t change the story. That’s because for me, Johnny saving Ponyboy already was an act of selfless love. The act cost Johnny his home, his sense of security, and his innocence. He nevertheless continues to make sacrifices for Ponyboy, and Ponyboy returns the favor. Ponyboy hitting on girls becomes an exploration of his identity, to figure out if he has a place on the LGBT spectrum or can experiment, like many youth. He already has a solid identity as a hoodlum greaser, but loving his best friend creates a new layer of confusion and joy. Johnny has killed for Ponyboy; as a young teen he has no idea what he can do, good or bad.

Interpretations that go beyond the author’s intents are called “death of the Author.” After a point the readers will interpret the words differently, with passing time and changing context. Sometimes we writers won’t like those interpretations; I know I would probably dislike a few if they occur.

In this case, however, S.E. Hinton’s reactions show that she’d rather not change a word of her original hit. She would rather stay with the original theme of innocence lost, and family troubles. Also, the mere suggestion of a change puts her on the defensive. That lack of grace shows less tact than her denial that Ponyboy and Johnny are part of the LGBT spectrum.

The Outsiders may be Hinton’s baby, but the words feel fresh to each new reading generation.  We once again learn that good writers are not perfect, and can dig themselves into a hole. Thus, we enter the new year with apprehension, and determination to interpret.