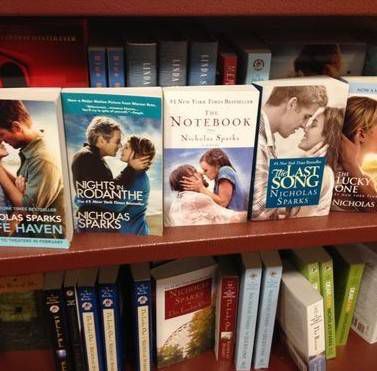 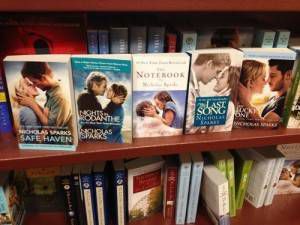 Supposing you want to start reading Nicholas Sparks but you find his body of work intimidating? I get it. If you type Nicholas Sparks into Amazon you get approximately one billion books. Where do you start? What should you read? Should you see the movies he’s made? Should you perhaps begin with his controversial gangsta rap album SPARXXX? (It’s jolly good. Exactly the sort of bebops the other young people and I like to cut rugs to at our raving parties).

Anyway I’m here to help. As the foremost literary mind at BookRiot, I was asked to help you out. So I researched Nicholas Sparks’ novels and I’m prepared to tell you what they’re all about.

Q: So you read all these books?

A: I researched them. There are subtle differences perhaps indiscernible to the untrained eye.

Q: So what you’re saying is you— 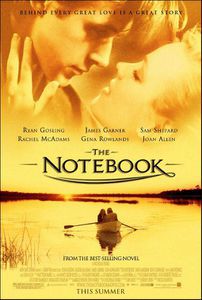 Life is going pretty well for renowned coffee barista James Carnac. He’s got a wife and a dog and a loose cannon partner who makes Frappes his own way and damn the health codes. They’re on top of the world. Then one day, two weeks before James is due for retirement, the coffee shop is held up at gunpoint! In the ensuing chaos, James is shot in the brain, but only a little bit. When he wakes up, he is covered in blood, his partner has vanished, and his wife and dog are both dead and the cops want to pin it on him. Worst of all, his long-term memory has vanished.

James Carnac goes on the run from the police and the coffee business to track down the robber and clear his own name once and for all. At first he tries to tattoo all relevant clues onto his skin, but that seriously hurts, so he carries a notebook and writes down everything and everyone he encounters. For all he knows, the killer might be his best friend, a man he can’t remember who agrees to help him. Or it might be someone else.

Also time is running out because James discovers he has cancer. 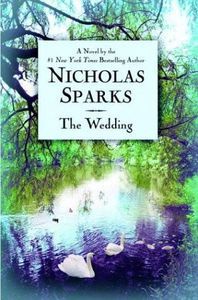 Viewed by many as Nicholas Sparks’ finest work and nominated three times for the Nobel Peace Prize for Literature, The Wedding is a dense post-modernist pre-fabulist novel of the Neo-Classical school (third wave), a complex character study about time and memory and the way in which, like sands in an hourglass, these are the days in which things happen.

Sarah Budokan, rogue war journalist and Pulitzer Peace Prize winning author, is getting married to her future husband, Chad Derrick, a man whom she met in the Middle East who has a dark past and blood on his hands. Their wedding sees the coming together of many members of each family, all of whose lives we pause to explore throughout this 1,200 page opus of a novel. But it is only when Sarah’s father, Lucien Spelman, arrives from his hiding place in the Ukraine – coming out of hiding and risking death – that the wedding takes a powerful turn into the realms of memory. He brings with him a bouquet of Chrysanthemums and sets them prominently on the table at the reception, just beside the champagne fountain. Each family member notices a different Chrysanthemum and the sight of the flower sends them wandering into memory. Slowly, the narrative weaves all of their memories together until we discover that truly, though we might be different individuals, we are the world.

Also it turns out that Chad Derrick has cancer. 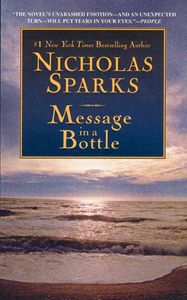 The ocean. A potent metaphor for High school. OBVS!

Message In A Bottle

Ugh! It’s the start of Senior Year at West Valley New High and it promises to be a total snoozefest just like the last four years were! All the teachers are as mean as they ever were and totally lame about the subjects. It’s like who even needs to know about King Henry the Eighth he’s like way dead now anyway! Yawn! Who has time for school when there’s shopping to be done??

But then, things get way mysterious and super interesting when glass bottles start appearing on the lunch tables at lunch! There’s a new one every day and nobody has any idea who is leaving them lying around and it turns out each one has a message inside! They say different things like why not try to be nicer to one person today than you’ve ever been to anyone in your life? Another one says you are a velvet lotus floating down an amber river of calm. I know, deep right??

Anyway these little bottles start to make a big change! Teachers are suddenly a bit nicer! Sports jock and total jerk Chad Derrick suddenly has super nice things to say to the shy frumpy girl in glasses who even takes off her glasses and turns out to be way beautiful! She wasn’t Hungry Hungry Hippos at all! That was way harsh, Tai.

Getting into the spirit of things I decide to plan the most radical party West Valley New High has ever seen! But will anybody be able to come or will mean Principle Strickland put an end to the happiness once and for all??

And even worse, I learn that one of my besties may have cancer?? 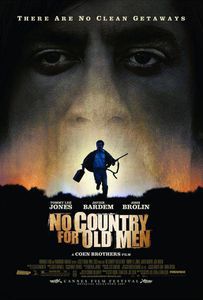 No Country For Old Men

In 1980 southwest Texas, Llewelyn Moss, hunting antelope near the Rio Grande, stumbles across several dead men, a bunch of heroin and $2.4 million in cash. The bulk of the novel is a gripping man-on-the-run sequence relayed in terse, masterful prose as Moss, who’s taken the money, tries to evade Wells, an ex–Special Forces agent employed by a powerful cartel, and Chigurh, an icy psychopathic murderer armed with a cattle gun and a dangerous philosophy of justice. Also concerned about Moss’s whereabouts is Sheriff Bell, an aging lawman struggling with his sense that there’s a new breed of man (embodied in Chigurh) whose destructive power he simply cannot match. In a series of thoughtful first-person passages interspersed throughout, Sheriff Bell laments the changing world, wrestles with an uncomfortable memory from his service in WWII and—a soft ray of light in a book so steeped in bloodshed—rejoices in the great good fortune of his marriage. While the action of the novel thrills, it’s the sensitivity and wisdom of Sheriff Bell that makes the book a profound meditation on the battle between good and evil and the roles choice and chance play in the shaping of a life.

Also, Sheriff Bell misreads his horoscopes through the whole book, because he thought he was a Gemini but it turns out he’s a Cancer.