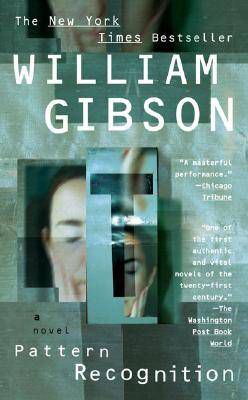 Benjamin of Incremental Catastrophe was selected as a finalist in our Write-In Giveaway, in which we invited the Book Riot community to submit sample chapters for our book START HERE: Read Your Way Into 25 Amazing Authors. Check it out on Kickstarter and back it if you like it! The winner of the Write-In Giveaway will be the one whose entry reposted on BookRiot.com gets the most Facebook “likes” by 11:59PM EDT, Friday, August 17, 2012. The ONLY way to vote is to click the Facebook “Like” just above this text on BookRiot.com.

1)
You: I’ve never heard of William Gibson—isn’t he the guy who wrote that Helen Keller play,The Miracle Worker?
Me: No. Well, yes, that was a William Gibson, but not the William Gibson we’re talking about here. The Gibson I want to talk about is the science fiction author.

2)
You: I’ve heard of him—isn’t he that science fiction writer who coined the term “cyberspace”? He must be super-nerdy, with lots of technobabble and no real characters.
Me: No, he’s not just a hardware guy. He’s very literary, with serious themes and lyrical prose.

3)
You: I’ve heard of him—isn’t he the guy who writes about computers but whose first novel was written on a typewriter? He must be one of those New Wave jackasses who made science fiction unreadable by making it all about prose style.
Me: Wow, you have issues. But let me just say that Gibson is not just about style. If you care about technology, you might be interested in him since he’s very interested in how technology affects people

The Only Possible Conclusion
You: OK, you’ve convinced me to read William Gibson. Where should I start?
Me: I’m glad you asked.

“The Gernsback Continuum” (1981)
Gibson only has a handful of published short stories, and he generally seems more comfortable with novel-length works. As evidence: Most of his short fiction is conveniently collected in one single book, Burning Chrome (1986). But among his short fiction is one of the most important short stories in science fiction: “The Gernsback Continuum.”

The Gernsback in the title is Hugo Gernsback, one of the fathers of science fiction, the guy who pioneered the gee-whiz aesthetic and morals of early sf; and this story doesn’t want anything to do with him. It’s a dream-like story about a photographer sent out to find elements of that gee-whiz architecture that still exists—old gas stations with “raygun emplacements in white stucco” and “central towers ringed with those strange radiator flanges.” But when he gets too close to the future as portrayed by Gernsback’s brand of science fiction, he finds the dark side: we may have dreamed of rockets and splitting the atom, but look where it got us. This is short story as genre-rebellion: We need a new science fiction.

Neuromancer (1984)
In his short stories, Gibson laid the groundwork for this new genre of science fiction, a fiction that looked at how computer and bio-technologies would interact with human experience down here, in the muck, not up there among the stars. Gibson didn’t invent the term “cyberpunk”; and if you’re interested in the cyberpunk style—chrome, leather, mirrorshades, hackers, soldiers of fortune, urban derelicts—there’s plenty of places to get that, as the genre spread through, well, everything. (Billy Idol’s Cyberpunk, anyone? Anyone?)

But Gibson’s Neuromancer is one of the foundational works of the genre, and like most foundational works, it’s a lot richer and weirder than its descendants and rip-offs. With Gibson, the point isn’t the cool clothes or the body augmentations or the computer hacking. (It’s true that Gibson wrote this on a typewriter.) The point in Neuromancer is what happens to the individual when confronted by the modern world in all its traumatizing glory—whether the world (technology, corporation, conspiracy) will reduce you to a memory on a hard drive or whether there’s way to become whole.

Pattern Recognition (2003)
We’re going to jump over the two sequels to Neuromancer (collectively: the Sprawl Trilogy); the Bridge Trilogy; and Gibson’s steampunk-avant-la-lettre collaboration with Bruce Sterling, The Difference Engine; and we’re going to land firmly on Gibson’s most recent trilogy. (Are you getting the pattern? Not only does he mostly write novels, Gibson mostly writes trilogies of novels. But don’t get the impression that he’s logorrheic—his work is spare and exact.) Pattern Recognition revisits a lot of themes (and characters) of his previous novels: the pattern observer; the repeated phrase “Observe the protocol”; a mysterious artist; rich people with mysterious motives. So, for the true believer, Pattern Recognition is a brilliant reconstruction of Gibson’s collective work.

But let’s say you’re not yet a true believer—(oh, but you will be)—what’s here for you?Pattern Recognition takes place in a post-9/11 world, but very recently post, as the main character tries to deal with her twin traumas: invisible corporate war and the tides of history. There’s less chrome here than in Neuromancer, but the themes remain the same: how do individuals function in modernity, with the flattening of the globe and the erasure of alternative histories? Gibson doesn’t always answer these questions, but he always writes so we recognize them as our questions.