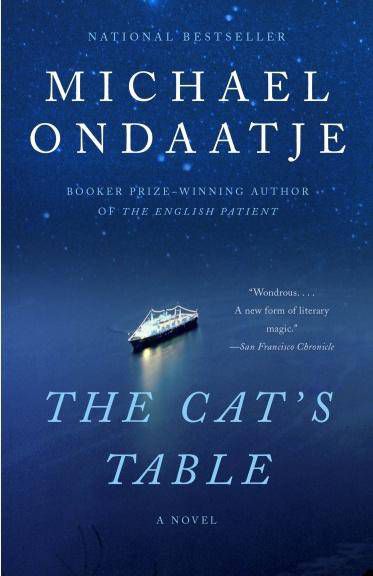 Firstborn Literary Child was selected as a finalist in our Write-In Giveaway, in which we invited the Book Riot community to submit sample chapters for our book START HERE: Read Your Way Into 25 Amazing Authors. Check it out on Kickstarter and back it if you like it! The winner of the Write-In Giveaway will be the one whose entry reposted on BookRiot.com gets the most Facebook “likes” by 11:59PM EDT, Friday, August 17, 2012. The ONLY way to vote is to click the Facebook “Like” just above this text on BookRiot.com.

As a teen, I was an awkward and, as my brother puts it, bookish girl, growing up a half-breed with an American mother in my father’s hometown of Jeddah, Saudi Arabia. Jeddah had few libraries, and bookstores typically carried more stationery supplies than books. So all the anglophone bookworms banded together. In my junior year of high school, a British friend of my mother’s gave me a plastic bag full of paperbacks she no longer wanted. Out of it I fished, and then devoured, a funny, moving, and poetic memoir about the English-speaking, Tamil-Dutch, Sri Lankan family of Canadian novelist and poet Michael Ondaatje.

Readers may know Ondaatje’s most famous book, the Booker Prize-winning novel The English Patient, which later became an Oscar-winning tragic love story starring Ralph Fiennes and Kristin Scott Thomas. Or they may have heard of his most recent novel, The Cat’s Table. Some may feel daunted by the unconventional narrative structure of the former or the slow pacing of the latter. I think Ondaatje is an important novelist because of the ways he tackles history, memory, language, truth, and identity in a multicultural world. Sometimes, he takes Sri Lanka as his subject. Sometimes he avoids it. Always he plays with the line between history and fiction. We make up our world and our memories, his writing tells us, and that fact brings joy and humor, tragedy and failure.

Running in the Family

If you can, get the edition with the photos. They’re hilarious portraits of Ondaatje’s Sri Lankan family, and the punchline to the photo of the authors’ parents on their honeymoon is unforgettable. Running in the Family will introduce you to Ondaatje’s lyrical language, his sensuality (flip forward to the poem “The Cinnamon Peeler” and I swear you’ll smell cinnamon and feel water on your skin), his sense of humor, and his willingness to blur the lines between fact and fiction–a blurring that, in my opinion, is never hidden from the reader. (At a reading last fall, he said of the relatives he interviewed for the book something to this effect: “They were lying up a storm. I figured why shouldn’t I?”)

In the Skin of a Lion and The English Patient

I group these two together because they share some of the same characters, they’re both complexly structured historical novels, neither has anything to do with Sri Lanka, they both feature love stories, and they both deal with transnational identity. You could decide to read the two books in chronological order (Skin first, English Patient second). Or answer this question: Would you rather start with immigrant bridge builders in early twentieth-century Toronto? Or a ragtag group of people of various nationalities who take refuge in an Italian villa at the end of World War II? Whatever you do, think about whether you think Ondaatje’s fictional doppelganger (yes, we’re going to play that game) is the Canadian nurse, Hana, or the Indian sapper,  Kip.

I read a review of The Cat’s Table that, while positive, dismissed the book as minor Ondaatje. I disagree.The Cat’s Table is the book Ondaatje fans were waiting for, especially after the brilliant-in-spots but ultimately disappointing Divisadero. In Ondaatje’s most recent novel, an 11-year-old boy named Michael embarks alone on a steamer from Sri Lanka to England, just as the author did. The narrator Michael, many years later, tells the story of his journey, the people he met, and the lifelong connections and disconnections that started during the course of the trip. After giving us family history, national history, and world history, Ondaatje has turned inward, sort of, giving us a fictional tale of an older man’s need to reflect on his own history.