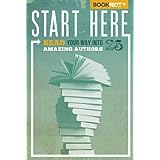 Philip K. Dick isn’t exactly a household name, but many people will, with a little prompting, say, “Oh, yeah — the Blade Runner guy!” Unfairly relegated to what Kurt Vonnegut called “the sci-fi ghetto” for most of his career, Dick’s brilliant vision and cultural impact only became obvious to a wider audience after his death, eventually leading to a critical and popular revisiting of his work that has seen it thrive in print (and film!) for the past two decades.

Some people “don’t like science-fiction,” but usually that’s a case of not having read the right science-fiction. There’s a lot of pulp out there (you know, the books that have busty, laser-wielding cat ladies in chain-mail bikinis on the cover) that makes people look down on the genre as a whole, but Dick, like the best science-fiction writers, uses his pulpy, out-there ideas as a framework to examine some profound issues: What is it be human? Who is really in charge? Is mental illness really an illness, or just a different state of consciousness? And, most importantly, what is real? Dick even went so far as to describe himself as “a fictionalizing philosopher, not a novelist,” and every one of his novels has a capital “I” idea at its core. Rather than being heavy treatises, though, they are fun, readable, and often hilarious stories that can be knocked out in one sitting but appreciated on a number of levels.

Well, for most artists and authors, I would go all Lewis Carroll and tell you to begin at the beginning, but for PKD… not so much. See, dude had a lot of great ideas, but his execution — and this isn’t an unusual sentiment even among his fans — sometimes leaves a bit to be desired. The first of what I call his Really Good Novels is 1957’s The Eye in the Sky, which is neither as dated as his first novel nor as hastily written as the second and third. In this one, eight people, including a defense scientist suffering from an unfair, McCarthyistic blackballing, fall into a particle accelerator and are transported to an alternate dimension where religious convictions dominate logic and Biblical plagues and smitings are handed down from the One True God (who has his own Bible-thumping Sunday morning show). And then things start getting really weird. A smart, scathing satire of religion and politics sugar-coated with a snappy, engaging story — this is what Dick is all about.

Another good starting point might be Do Androids Dream of Electric Sheep?, which was the basis for the classic science-fiction film Blade Runner. This is not because it’s “easy” or “not weird” (oh, no) but because many people have seen the movie and there will be an element of familiarity. The main plot, a guy who hunts down rogue androids for a living, and main question, what does it mean to be human when we cannot tell ourselves apart from our creations?, made it to the screen, but the film leaves out the context: nuclear war nearly destroyed all life on the planet, so damaging the human psyche that Mercerism, an empathy-based religion where no harm is done to any living thing and people care for all surviving animals individually as a public display of compassion, is humanity’s driving philosophy. This is so important that those who cannot afford real animals get replicant versions that eat, sleep, and even get “sick”: so how does a man whose job is killing replicant versions of human beings square accounts with himself?

For the non-science-fiction reader, though, it’s best to begin with one of his later novels, 1977’s A Scanner Darkly. Like many of Dick’s works, A Scanner Darkly explores drug use, paranoia, and mental illness and blurs the line between real and not, but in this, Dick’s most realistic and well-written novel, there are no telepathic slime molds or time travel, just the heartbreaking story of a man whose mind is literally splitting in half. This was made into an excellent film by Richard Linklater in 2006.

Short Stories! See, back in the ghetto days, many science-fiction authors could only get published in super-dorky magazines, which of course meant short-form pieces. Dick, being a far better idea man than prose stylist, excelled at writing short stories, cranking out approximately 120 during his writing career, many of which feel like The Twilight Zone’s darker, weirder cousin. Aside from the obvious fact that you don’t have to invest much time in a seven-page story, there’s also the fact that, if you’re a Hollywood studio, you can invest millions of dollars into turning one into a full-blown movie! With varying degrees of success and accuracy: Minority Report, Total Recall, Screamers, The Adjustment Bureau, Next, Paycheck, and Impostor are all seedlings from PKD’s fertile mind. There are a number of collections available, but 1997’s The Philip K. Dick Reader is the closest thing to a greatest-hits compilation.

If you liked any of those, well, you’re in luck, because you’ve got a lot to choose from. Flow My Tears, the Policeman Said is the Campbell Award-winning story of a world-famous singer/actor who is suddenly a fugitive in a nightmare police state where everyone is out to get him; Hugo Award-winner The Man in the High Castle, considered by some to be Dick’s best novel, is a sobering piece of alternate history where Germany and Japan occupy the United States; Ubik, a whodunnit inspired by the Tibetan Book of the Dead that turns reality inside-out a few times over, and The Penultimate Truth, where humans live entirely in underground factory/cities, spending their entire lives producing for the war they believe still rages topside. Fantastic, all.

…buy the book from Amazon, iBookstore, B&N or Kobo for 24 more chapters on these authors: