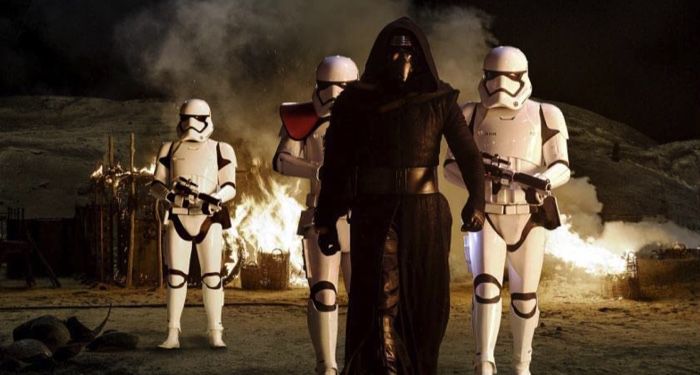 Warning: spoilers ahead for several storylines in the Star Wars universe

Star Wars is a huge part of my life. While I was born in 1981, I do have fond memories of going to the movie theater to see the classic films with friends while in high school when they did the re releases, and, to this day, you cannot walk into my home without being inundated by Star Wars imagery. And, I would not have it any other way.

From Funko Pops of Luke Skywalker, Baby Yoda (sorry…Grogu!) and the Mandalorian, as well as figurines and wall decorations, the world of Star Wars has always meant home to me. It also brings my husband and I together, as we gather weekly to watch the Disney+ television shows and have eagerly ran to the theater to see the new films, and have happily gone to Star Wars Galaxy’s Edge many times, since it’s a short enough drive for a weekend getaway from South Florida, where we reside, to Orlando. Not to mention, I also proudly boast a few Star Wars–themed tattoos, each of which hold a special meaning to me.

With that said, I need to give it up to the villains of Star Wars. While we cannot deny that Luke and Leia are awesome, and, that the heroes of these films are so great to follow, there’s truly something about a Star Wars villain that makes me feel super inspired and interested in their backstory. Recently, my husband and I have been watching the new Disney + show The Book of Boba Fett, and have been floored with the storytelling and backstory of this classic villain. Boba Fett is a mercenary, a dedicated and feared one who followed his father Jango Fett’s footsteps after his father was killed. He truly became a genetic clone of Jango Fett, who was a Mandalorian bounty hunter. In his stories, he even solidly stood by Darth Vader as his own personal soldier, and was ready to help him capture any of his targets. Boba Fett’s story spans a lengthy time in the Star Wars world, and his appearance in The Mandalorian was truly one of a kind. What I love about The Book of Boba Fett and the way it showcases Fett is that, while he has the solid reputation of being a feared and dangerous bounty hunter, we sympathize with the character as we learn more about him, as we follow the story of how he came to be who he was. In the series, we see his time with the Tusken Raiders of Tatooine and also see him take over Jabba’s throne as crime lord with the badass assassin Fennec Shand by his side. While I could go on and on about his amazing past, what I love about the show is the way that Fett wants to lead with respect so far, and while he could easily kill and murder his way to the top at all times, he is very strict about being respected. So, yes he is feared, but as we get to know the character we realize there’s a lot more to him than just a strict desire to be a vicious bounty hunter. I am truly excited to see the rest of the series and what else we will learn about Boba Fett.

Then there’s the one and only Darth Vader. Known as the dark lord of the Sith, Darth Vader is an icon in the Star Wars world, as well as beyond. Full of innate physical power and an elite robotic body, his appearance in the original trilogy was truly epic. We will never forget how he defeated Obi-Wan in their final battle, attacked rebels in various ways, and showcased his aggressive and scary force choke. Darth Vader implies power, and dedication to going to great lengths to pursue what he wants to pursue. Not to mention, Darth Vader is the alter ego of Jedi Knight Anakin Skywalker, who originally was believed to be the Chosen One that would bring balance to the force, as he fought originally as a hero in the Clone Wars.

What fascinates me about Anakin/Darth Vader is that he went from the light side to the dark side effortlessly, pledging his honor to Sith Lord Darth Sidious during the culmination of the Republic Era. His power was meant for good but strong enough for evil, and honestly, I can relate to Anakin/Darth. Think of a world where everyone looks up to you as a hero, but you cannot deny that inside of you there’s a darker light, and at times, it has a huge desire to come out. To me, Darth Vader represents our own hidden and interior dark side, which I feel like we all could have, and that it can only take one little swift trigger to have it be released. His appearance all over the Star Wars franchise is full of classic moments and everyone loves to follow his story, as we see him evolve throughout the timeline.

Then there’s another one of my favorite villains in the Star Wars universe: Ben Solo, otherwise known as Kylo Ren, made the newest installments of the franchise one full of drama, intrigue and quite the story. Son to Han Solo and Leia Organa, Kylo Ren’s grandfather was Anakin Skywalker (Darth Vader) and his uncle was Luke Skywalker, and he really had a lot of attributes that mirrored those of Darth Vader, though he came from a line of pure heroes. Kylo fell into the dark side as Vader did, and was known for limitless power and potential, that could be used for good or bad. While a controversial character due to his appearance in the newest Star Wars film installments that many did not enjoy as much as the original, you cannot deny that Kylo is a deep character full of elements that keep us engaged. Lured by another villain, Darth Sidious, it was Kylo’s destiny to turn against his family and embrace the dark side. Another complicated relationship was that of Kylo with Rey Skywalker, the female Jedi master in the new films. While Kylo eventually seems to accept and turn back into the light side after his death, I truly loved his villainous side and the fact that he is such a polarizing and explicitly detailed character in the universe of Star Wars. We also see him undergo a variety of inner struggles, that I feel like we can all relate to, as he battles with the light and the dark of his own being.

With a passion for everything Star Wars, I could go on and on about why I feel like the world’s villains have the best stories, and there are so many more I can talk about. But these three characters are fleshed out so well, that while the heroes do have some epic stories to tell, it’s always the villains that have captured my nerdy heart. I love how they are just not evil to be evil without a true explanation; there’s a reason why each of them become who they become and there’s a solid story to each of them, and many times it has to do with that inner struggle between the light and the dark of their souls. I am fascinated with these stories, and love following them through film, television, books, and comics, as well as cartoons. I love how these iconic tales have captured the attention of so many generations, and definitely will capture the attention of other generations to come as well. I look forward to many more stories from this world in the future of pop culture, and cannot wait to fall in love with even more epic stories.