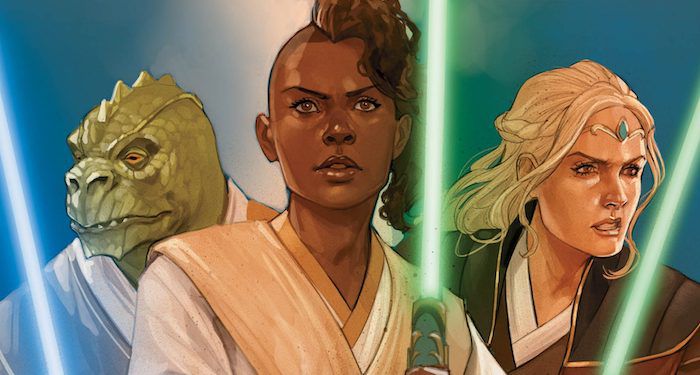 If you’ve spent any time with a Star Wars fan or in a Star Wars group lately, you’ve probably heard about the High Republic.

Last year, Star Wars fans were teased with news of a new project: “Project Luminous.” Eventually, it was revealed that this would be Star Wars: The High Republic, a completely new era of Star Wars stories set approximately 200 years before The Phantom Menace. The High Republic is a sprawling interconnected world that includes comics, children’s books, YA novels, and adult novels from many different publishers, including IDW Publishing, Marvel, Del Rey, and Disney Lucasfilm Press. As you can imagine, this means an epic new galaxy is up for exploration.

If you’ve ever wanted more Jedi content, the High Republic has got you. The Jedi are the focus of this new venture, at a time when both the Jedi and the Galactic Republic are at their peak. Expansion into the Outer Rim was also taking place, which is something we didn’t get a lot of in the canon books. All-new characters, all-new storylines, and plenty of action. The initial announcement trailer described the High Republic Jedi as Knights of the Roundtable as well as Texas Rangers, so you can imagine what that’s like.

So where should you start with the High Republic? Well, that depends. Do you want comics? Manga? Do you want YA or adult books? Or you could go with everything to really get the full effect. (I recommend this, because the authors are just that good). Don’t be put off by any labels of reading level — all of the stories have compelling, well-drawn characters and great world-building that help to further develop the galaxy. (And if you have little kids, there’s also some High Republic early readers, too).

If you’re looking for comics, I’m a big fan of trade paperbacks myself. This way, a handful of individual comics are reprinted all in one place and I can just read straight through. This September 7, Star Wars: The High Republic Vol. 1: There is No Fear by Cavan Scott and Ario Anindito will be published. It collects the first six issues of the series and follows Keeve Trennis, a young Padawan, as she prepares for Jedi trials and faces decisions that will change the course of her life forever. It’s a fun read and the detailed art really helps bring it to life. 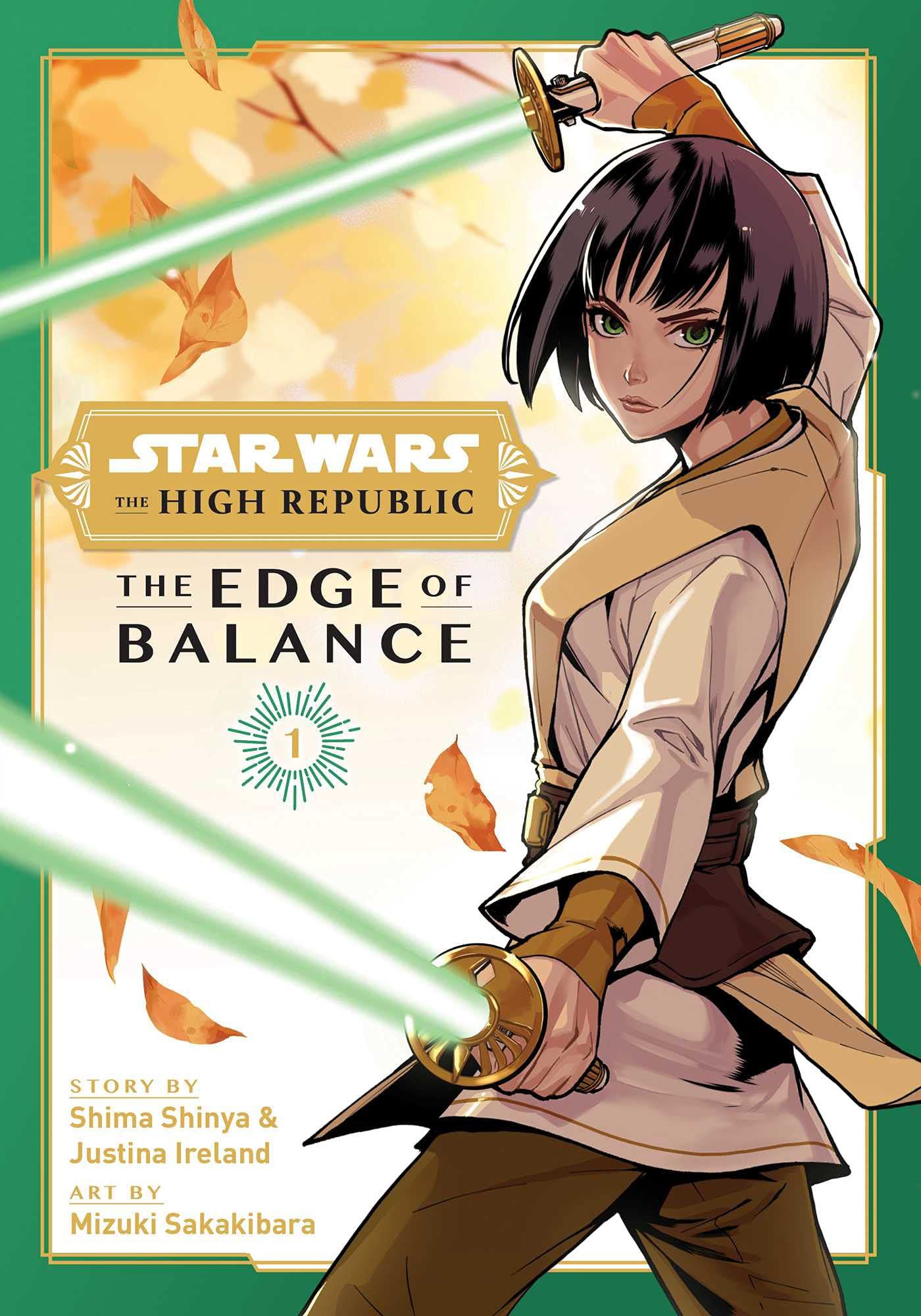 Into manga? There’s a High Republic book for you, too! Shima Shinya, Justina Ireland, and Mizuki Sakakibara bring you The Edge of Balance (out September 7). Lily Tora-Asi is a Jedi knight who helps relocate displaced civilians on Banchii, on the Outer Rim. With teaching, helping the civilians, and preparing for attacks from the Nihil, is she losing sight of danger right in front of her?

Justina Ireland’s middle grade novel A Test of Courage follows Vernestra Rwoh, a new Jedi knight. When her babysitting job goes horribly wrong, a new adventure unfolds. The second middle grade book in the series is Race to Crashpoint Tower by Daniel José Older. When a surprise attack happens during the Republic Fair, Padawan Ram Jomaram has to face the Nihil enemies — except he finds some unexpected allies to help. 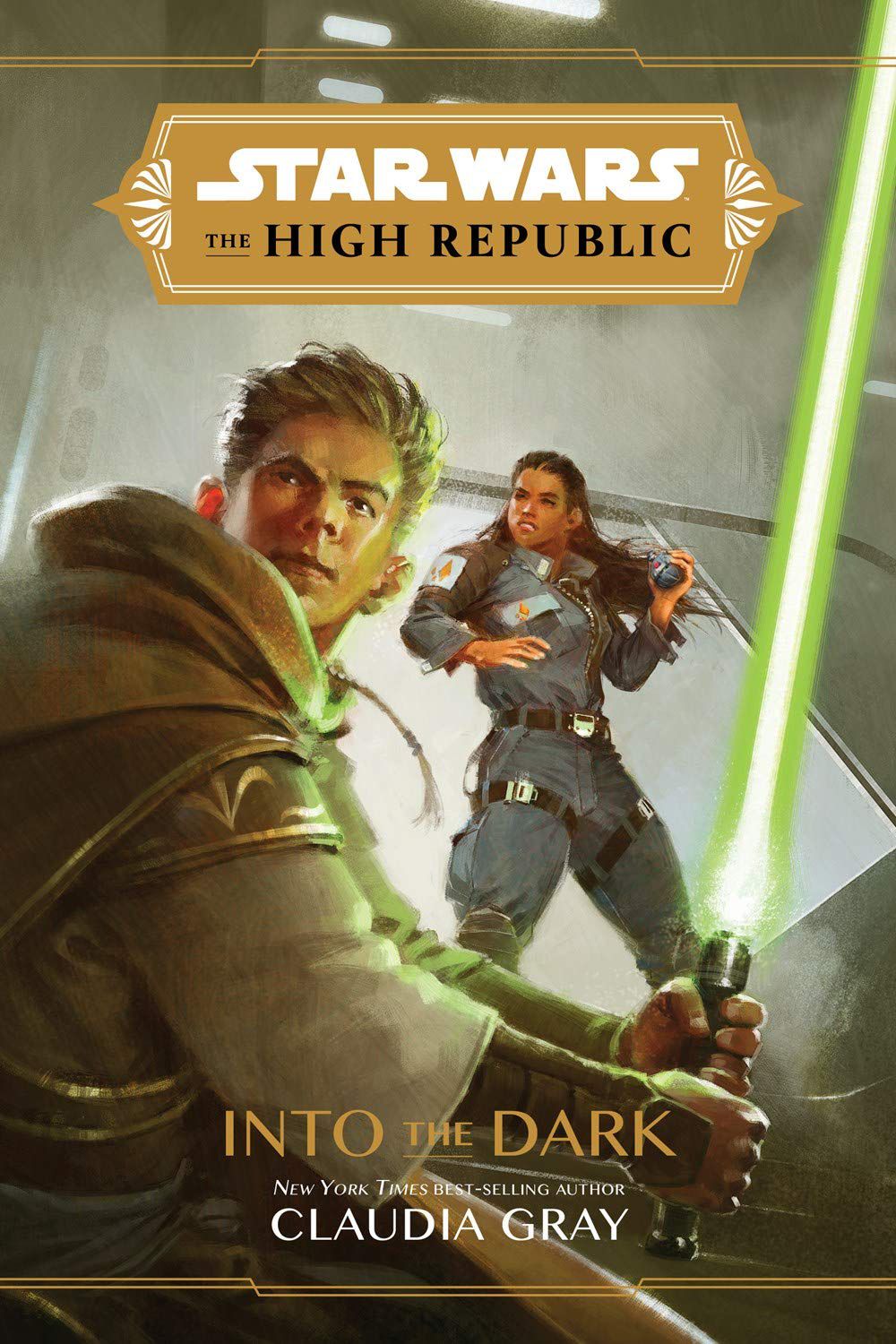 Claudia Gray’s YA novel Into the Dark is a must-read. Gray just gets it with Star Wars. Reath Silas, a Padawan, is traveling with his Jedi Master to the undeveloped frontier when they get knocked out of hyperspace and find themselves in an unknown system with no outside communication. They find shelter in an abandoned space station that has already been occupied by the Dark Side before — and it only gets murkier from there.

On the adult side, start with Light of the Jedi by Charles Soule. This novel throws you into the High Republic head first, with an epic disaster happening that changes everything, introducing you to an expansive cast of characters with scenes that will leave you gaping after the last sentence.

There are more books in the first and second waves of the High Republic, but these will get you started. The third wave of Phase 1 starts in January 2022 with new books being released, which gives you plenty of time to get caught up!