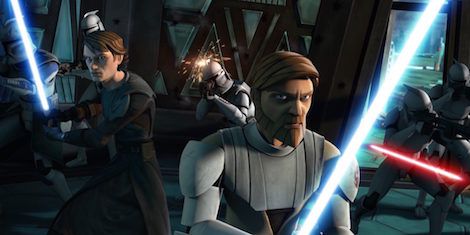 One of the most exciting moments of San Diego Comic Con occurred during the Star Wars: The Clone Wars 10th anniversary panel, wherein even moderator Amy Ratcliffe, managing editor of The Nerdist and contributor to StarWars.com, was surprised by most welcome news: Dave Filoni’s beloved, abruptly cancelled Star Wars: The Clone Wars will be returning for a twelve episode final season. In a two and a half minute trailer packed with incredible moments, the most emotional one is, without a doubt, the one in which Anakin sees his former Padawan, Ahsoka Tano, for the first time since she left the Jedi Order in 2013’s season finale (their later confrontation in Rebels comes after The Clone Wars in continuity).

To accompany this announcement was news about a glorious landslide of new Star Wars books coming between now and the end of 2019: 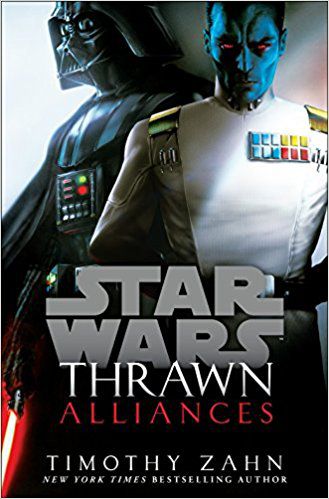 …dropped July 24th. Yes, I bought the Con exclusive version, yes it’s beautiful, and no you can’t have it. I’ve only had the opportunity to dip my toe in but thus far, Thrawn and Vader seem not to care for one another which, as any Star Wars fan knows, can’t possibly go wrong…

We don’t know much about this one yet, other than: it’s set before The Phantom Menace and features Qui Gon and a young Obi-Wan. More to follow. 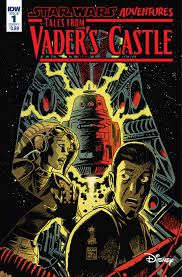 Spooky stories set across the saga and told in the shadow of Vader’s Castle. Just in time for Halloween!

Five issues featuring backstory we didn’t get to see in the film: What happened to Han when he was a cadet? Why does Beckett really trust him?  “No one knows where this one is going to head to and connect to in the future.”

Age of Republic, Age of Rebellion, and Age of Resistance by Jodi Houser, Greg Pak, and Tom Taylor (Starts 12-18)

A 30-issue maxi-series that will hit the highlights of the saga for those who need a refresher or to catch up. Per Houser: “Each month is going to have a hero story and a villain story.” 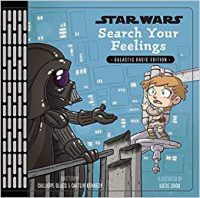 A picture book featuring adorable cartoon faces across the range of emotions that will help kids identify and engage actively with their feelings.

This is is a detailed peek at every last bit of tech and cape closet on the fastest ship in the galaxy. As an additional feature, the die-cut pages can be assembled into a 3-D model of the Falcon. 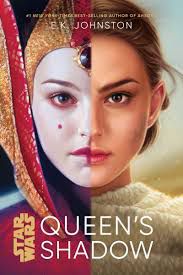 This novel is a long-awaited literary solo outing for Padme Amidala. Johnston, who gave us glimpses of Ahsoka’s transformation from former-Jedi-in-hiding to key Rebel asset and fighter, Fulcrum, will tell the story of how Padme went from queen to member of the Galactic Senate to one of the few willing to oppose Shreve Palpatine’s machinations.

Luke, Leia, and R2-D2 journey across the galaxy on a mission for the Rebellion after the destruction of the first Death Star.

This book follows Lando and L3 on a smuggling run that, as I’m sure you’re shocked to hear, goes awry.

Worlds collide as Han and Chewie hook up with everyone’s favorite pirate, a being who can get under Obi-Wan’s skin unlike any other in the galaxy, Hondo Ohnaka. 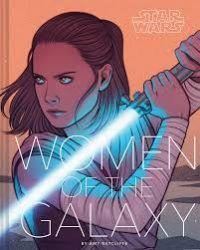 Star Wars: Women of the Galaxy  by Amy Ratcliffe and various artists (10-30)

Women built this rebellion and so many other parts of the galaxy far, far away. Heroes and villains, “Sith and Jedi, senators and scoundrels, mothers, mercenaries, artists, and pilots” all appear in this illustrated volume. With text by Ratcliff, the book showcases female and non-binary artists along with their interpretations of the women of Star Wars.

Plenty of adventure to explore while we wait for Episode IX. Enjoy them all and may the Force, and your books, be with you. Always.