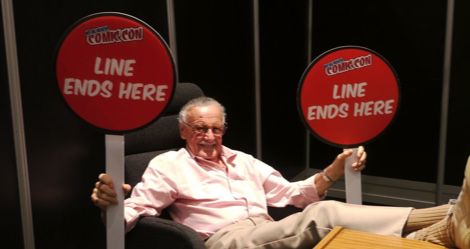 Stan Lee, who started Marvel in 1961 with co-creator Jack Kirby, has passed away. Lee died in Cedar-Sinai Medical Center in Los Angeles after experiencing multiple illnesses over the past year. His wife, Joan, died in 2017. He was 95.

During his long and illustrious career, Lee created such household names as Spider-Man, The Avengers, X-Men, and Black Panther.

With the big Marvel hype over the past few years, even if you aren’t a huge comics buff, you’ve probably seen Lee several times. He was sure to make a funny cameo in the movies based on his work. Most recently, he appeared as a jaded school bus driver taking Peter Parker and his classmates on a field trip in Infinity War.

On Veterans Day, it’s also appropriate to remember that Stan Lee served in the U.S. Army during World War Two.

Thank you to all of America's veterans for your service. Fun fact: Stan’s official US Army title during WW2 was ‘Playwright.’ #VeteransDay pic.twitter.com/limi6CWzsL

It goes without saying that Lee’s creativity has touched many of our lives. He will be greatly missed by all of us here at the Riot, and we know we’re not alone.