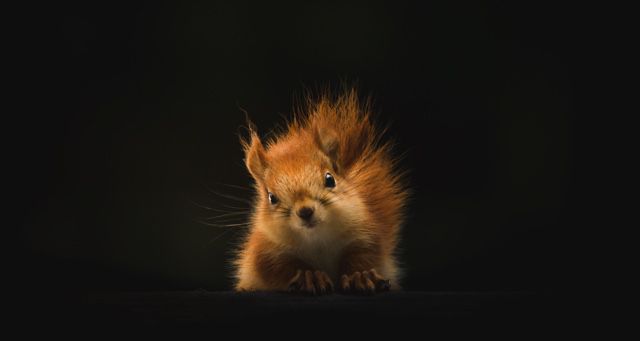 I don’t know what it is about squirrels that makes them the perfect protagonists in children’s books. Is it their hyperactivity? Does that make them relatable for kids? Or is it their wee little hands picking up nuts and seeds to hide them away for winter? Kids aren’t known for their long-range planning abilities, but they are excellent hiders. Or maybe it’s their expressive tail, signaling to even the non-rodent among us just what the squirrel is thinking.

In any case, I’ve been collecting squirrel books since the start of the Squirrel Girl comic in 2015, and I’ve been noticing quite a trend since then. Of course, Squirrel books didn’t start with Squirrel Girl—Squirrel Nutkin by Beatrix Potter predates it by more than 100 years, and Brian Jaques populated large swaths of Mossflower Woods with our bushy-tailed friends—but I’d like to my favorite Midwestern super hero for bringing squirrel books to my attention.

What I’ve learned is that I, personally, very much enjoy children’s books about squirrels. Squirrels lend themselves to humor: their upright bodies make them perfect human stand-ins and their familiar chittering just makes you want to imagine what they’re saying. But at the same time, they lead precarious lives. They’re so small, but they seem to have such big adventures, throwing themselves from tree to tree. I just want all the squirrels to be safe, is all.

Jesse, you’ve put a lot of thought into squirrels, huh?

Listen, it’s not for nothing that my current Twitter avatar is one of my favorite fictional squirrels.

I have noticed, however, that the very best squirrel books tend to be for the 6–10 range, so I’ve rounded up some of my favorites for that age group. 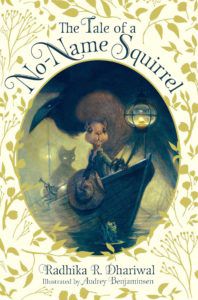 The Tale of a No-Name Squirrel by Radhika R. Dhariwal

A wee squirrel thinks that he will live the rest of his life as a slave…until he sneaks himself a sip of some forbidden wine, giving him the power to gain his freedom and possibly enslave someone else! Squirrel has to decide what he might do with this power, and figure out how to prevent anyone else from gaining it!

Mo Willems might be the best-known name in picture books at the moment, but he’s starting to make his way up the grade levels. The Unlimited Squirrels series is the perfect step between picture books and early readers. I Lost My Tooth is fully illustrated, with the story told in Willems’s trademark pictures and all the dialog in speech bubbles and populated with a whole cast of characters like Zoom Squirrel, Research Rodent, Flappy Squirrel, and Winky Squirrel. 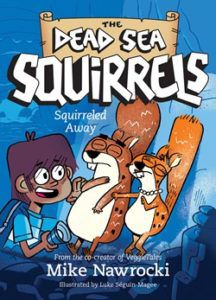 Squirreled Away (from The Dead Sea Squirrels) series by Mike Nawrocki

This is a laugh-out-loud funny series by one of the creators of VeggieTales, and if you’re someone who considers VeggieTales your cup of tea, you’re going to love Merle and Pearl Squirrel. They’re two 2,000 year old squirrels who have been preserved in sea salt since Bible times, and they come back to life (re-hydrate to life?) to teach their new friend Michael life lessons.

Squirrels are not so arrogant that they can’t share the spotlight with other small creatures, but Squirrel from the Bird & Squirrel series might wish that he was still living by himself in his quiet squirrel hole. When a cat comes into town, adventurous Bird convinces worry-wart Squirrel that perhaps a trip south might be just the ticket to help them escape the cat that’s been prowling the neighborhood in this graphic novel for early readers.

When a Tuskegee Airman writes a book about boy and squirrel friendship, you include it on your list of squirrel books. It’s a rule. A little boy named Marcus meets the only black squirrel in the whole park, and learns that maybe you shouldn’t judge your friends by the color of their fur (or skin). 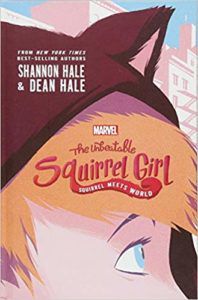 Ah yes, the squirrel who started it all—for me, at least. Squirrel Girl the comic is technically a Teen-rated comic, but this novel is written for middle grade readers. It’s a bit of an origin story for our hero: 14-year-old Doreen Green moves across the country and has to maneuver life in a new town while keeping her powers (the relative strength and speed of a squirrel) a secret from her new friends. There’s friendship, adventure, and squirrels. Who could ask for anything more?