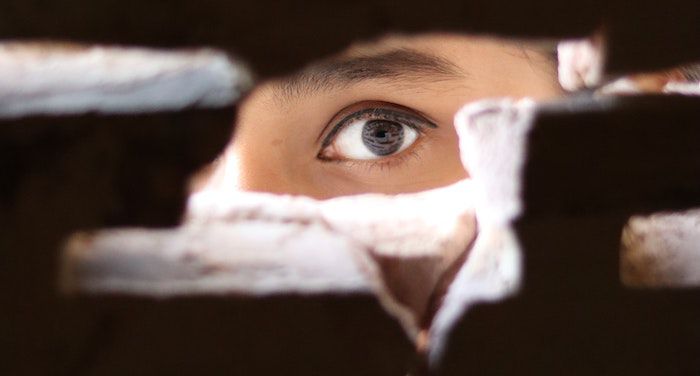 With all the high stakes, dangerous secrets, and complicated conspiracies the genre has to offer, it’s no wonder novels about spies are so popular. Often putting the reader into the perspective of a secret agent, a good spy thriller can keep you turning the pages, wanting to see if the protagonist survives to fulfill their mission. Spy thrillers also serve up plenty of action and plot events, and may even have a story that leaps across continents, goes underground, or involves corruption at the highest levels of government. This engaging style of writing helps explain why spy books for teens are especially effective at engaging these younger readers, even ones who are normally reluctant to pick up a book.

Spy books for teens come in all types: from the covert training programs putting a secret group of teens through combat training, to the more lighthearted versions dealing with spies in love, there’s something for everyone. In this list, you’ll find several schools for spies masquerading as something else, a historical heist set in Victorian London, a boy on the run from his friend’s killers, and a spy falling in love for the first time with the boy next door. No matter what your preferred type of high-stakes plot is, you’ll find it here in these spy novels for teens. A techno-thriller full of hackers, double-crossers, and conspiracies, this is a perfect read for anyone who is a fan of high-stakes video games. In Emika Chen’s world, Warcross is a massively popular online game, and Chen is a bounty hunter, tasked with tracking down those who bet on the game illegally. One day she accidentally reveals herself by hacking into the biggest Warcross tournament in the country, only to receive a job offer, rather than a jail sentence, from the game’s creator Hideo Tanaka. Tanaka needs a spy on the inside of the Warcross game, and he believes Chen is the person for the job. Soon, she’s in Tokyo posing as a top player, but actually uncovering a conspiracy that leads to the highest levels of the Warcross world. 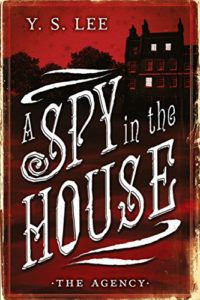 This spy story has plenty of intrigue and risk set against an atmospheric backdrop. In Victorian London, Mary Quinn, an orphan and thief, was rescued from a death sentence and sent to Miss Scrimshaw’s Academy for Girls, a secret school that is a cover for the all-female investigative unit The Agency. After her training is complete, Mary is sent out into the streets of London to uncover clues about a series of missing cargo ships. Mary disguises herself as a lady’s maid and sneaks into some of London’s grandest houses, only to find secrets about not only the missing ships but her own past as well. 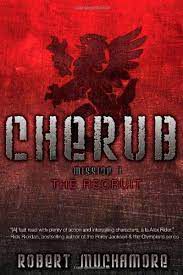 CHERUB: The Recruit by Robert Muchamore

CHERUB is a secret program in which all the spies are highly trained, highly classified, and under the age of 17. James, CHERUB’s newest recruit, has some trouble in his past, but he’s eager to put it behind him in order to become part of the elite spy agency. But first, James must survive 100 days of basic training so treacherous, some recruits don’t make it out alive. 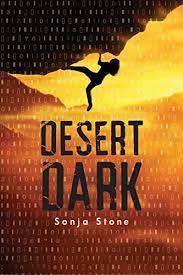 When Nadia Riley applies to the elite Desert Mountain Academy boarding school, she’s hoping for a fresh start in Arizona. However, it turns out that Desert Mountain isn’t just a center of learning: it’s also a covert CIA training program. Soon, Nadia is being pushed to her limits during rigorous combat training exercises and fighting to earn the trust of her teammates, all while trying to figure out who the double-agent in the camp is. With everyone a suspect, Nadia must find the traitor before they find, and eliminate, her. 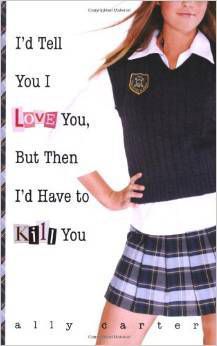 I’d Tell You I Love You, but Then I’d Have to Kill You by Ally Carter

Ally Carter writes engrossing, fast-paced stories for teens and this, the first book in her Gallagher Girls series, is no exception. The Gallagher Academy for Exceptional Young Women is said to be a school for geniuses, but Cammie Morgan and her fellow students know what the school really is: a training ground for spies. Cammie can speak fourteen languages, kill a villain, and win in hand-to-hand combat, but when it comes to falling in love, she’s completely clueless. This is why the interest of an ordinary boy, who doesn’t know Cammie is a spy, is so scary to her. Can she pause her spy training long enough to fall in love? 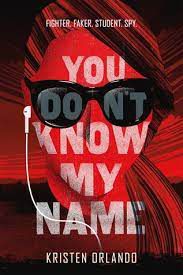 You Don’t Know My Name by Kristen Orlando

Seventeen-year-old Reagan Elizabeth Hillis is used to lying to friends, changing her name, and shifting identities overnight. After all, what else would you do when your parents are members of the elite Black Angel secret agent group? Reagan has never minded the lies, since she plans to join the Black Angels as well and figures it’s all part of her cover. But when she falls for the cute boy next door, her “don’t get close to anyone” strategy starts to unravel, and Reagan has to decide whether or not to reveal her true self.

Lamar Giles has written several great spy thrillers for teens, including this story of a teen boy in witness protection. Nick Pearson isn’t supposed to tell anyone his real name, why his family just moved into town, or the fact that his best friend Eli Cruz was killed while uncovering a major conspiracy. Instead, Nick is supposed to “lay low” until Eli’s killers are caught. But Nick has no such intentions and, along with Eli’s sister, embarks on a quest for justice and revenge. Perfect for readers who like plenty of action and a fast-paced plot in their books! 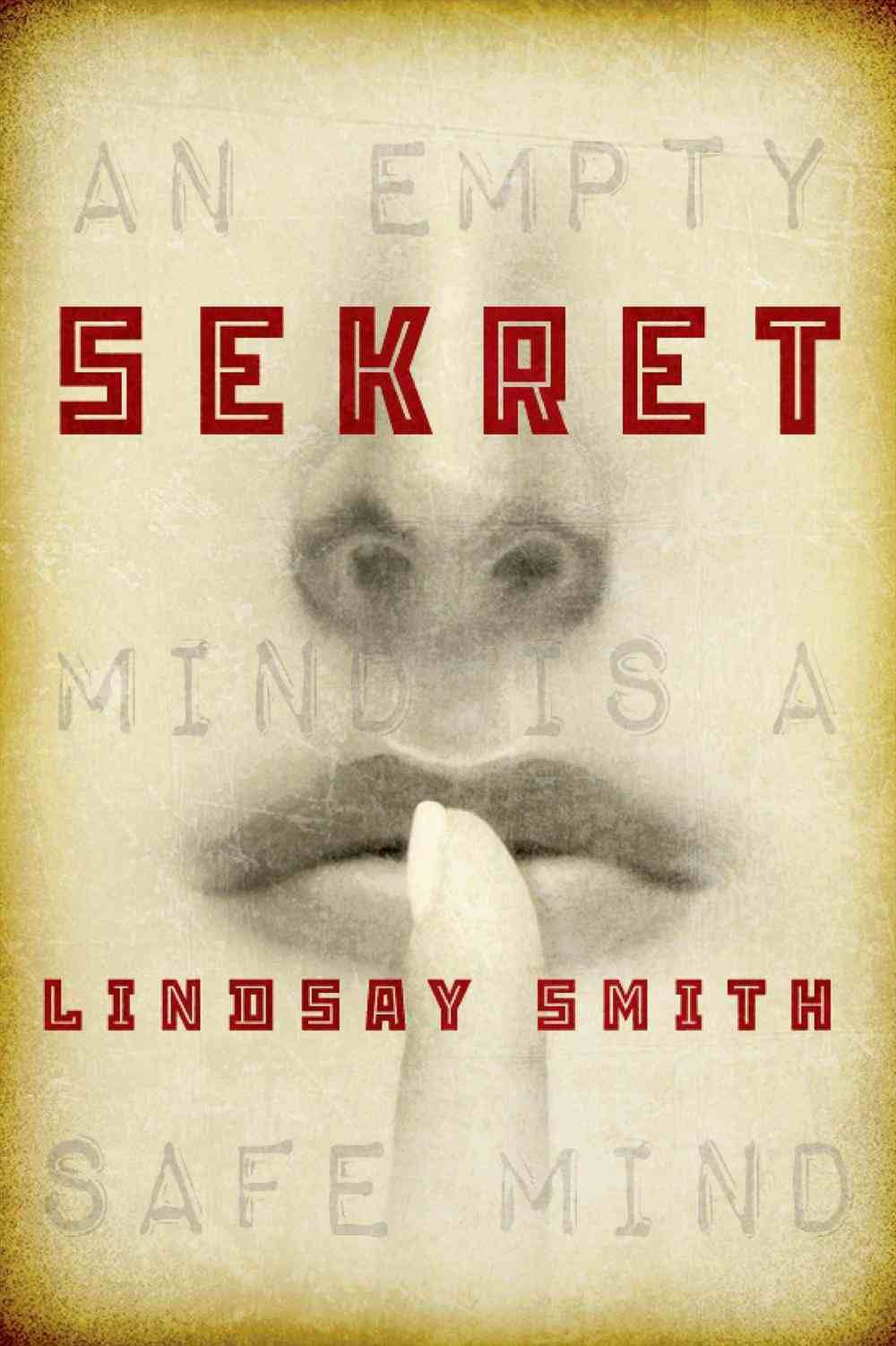 Growing up in Soviet Russia, Yulia’s father has always taught her that “an empty mind is a safe mind.” However, one night Yulia is taken by the KGB and put to work as a psychic spy, with the goal of bringing down the U.S. space program. Quickly, Yulia realizes that the KGB is full of operatives vying for power and that in order to stay safe, she’ll have to rely on her wits and keep her secrets hidden as she makes the dangerous journey toward escape. 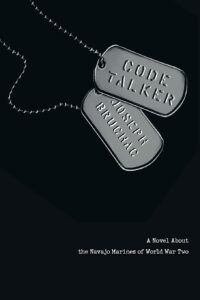 Code Talker: A Novel About the Navajo Marines of World War Two by Joseph Bruchac

In this book based on true events, Bruchac takes readers into the highly secretive world of codebreaking during World War II. In the fight against Japan, the U.S. needs an unbreakable code to choreograph troop movements and communicate progress. Enter, the Navajo code talkers, a dedicated group of service members who developed an unbreakable code based on the Navajo language, and in doing so, greatly contributed to American success in the Pacific Theater. This book will both educate and engage, as readers learn about a fascinating piece of history. 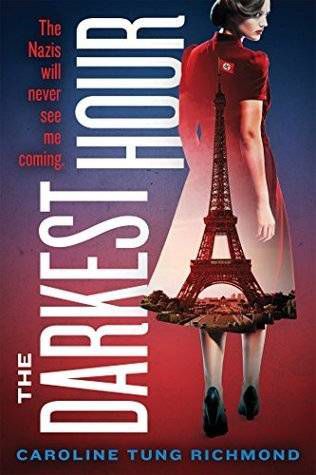 After the Nazis kill her brother on the North African front, 16-year-old Lucie Blaise is determined to do her part in helping the Allies win the war. But the desk job she anticipates when she volunteers at the Office of Strategic Services turns out to be a front for a much more dangerous mission: Clandestine Operations. Soon, Lucie and other young women like her are training to infiltrate Nazi Europe in order to find and destroy a weapon that is crucial to the outcome of the war. If Lucie is discovered, she’s certain to die, but if she can’t find the weapon in time, the consequences may be even more grave.

Want some more great books for teens? We’ve got you covered with a guide to this winter’s best new YA releases! If you’re looking for more spy stories, try these fantasy spy books or kids’ spy books. Happy reading!