At least we’re back in the Paris Accords (same thing as the Pittsburgh Accords, BTW, proud to say we never left). Ahem. Anyway. Now that it’s nearing closer to spring we’re getting winter, but fear not! There are tons of new comics coming out in the next couple of months that you can read out under the trees or inside under three blankets next to the heater, depending on where you live and whether or not the giant rodent’s completely random prediction is accidentally right.

A couple of the most exciting for each age group? Of course: 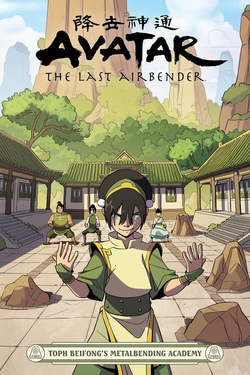 I’m not going to lie: every time an Avatar book comes out and Gene Luen Yang and Gurihiru’s names aren’t on it, I’m a little bummed out. My kids, however, do not care because they are all in on anything in universe and especially anything Toph. I certainly can’t disagree with that second one; Toph may have joined the team later than the others, but she did not fail to make her mark and the show would not have been as wonderful as it was without her wise cracking, kickass bending, don’t give me your ableist bullshit self. And crotchety old lady hermit Toph was the The Legend of Korra gift that will never stop giving.

In Toph’s Metalbending Academy we see a different side of our girl: a teacher with a group of students depending on her to be stationary and stable. Good thing for Toph’s sense of adventure that Sokka and Suki have a little side quest planned. 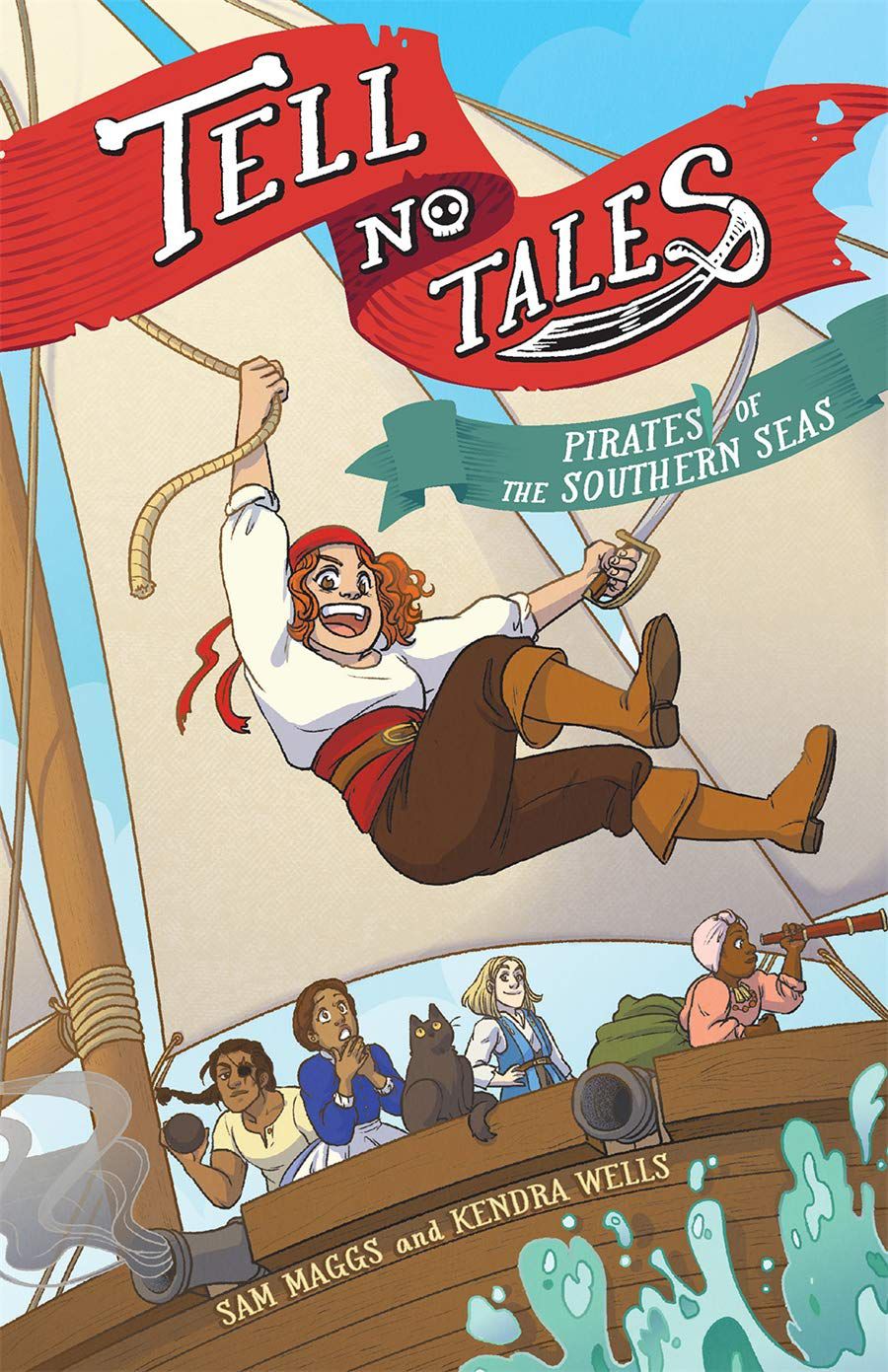 Tell No Tales: Pirates of the Southern Seas by Sam Maggs and Kendra Wells (2/9)

They may not belong to society as it’s set itself up. They may have strange dreams and mysterious powers. They may rely on luck a little more than they’d like. But they have each other, a found family that no villain is going to break apart, and that heist is going to happen. They are pirates, after all. 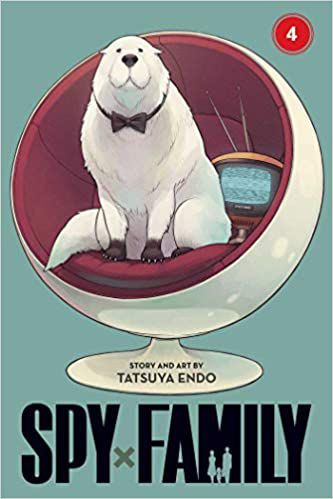 This spy thriller/weird family hilarity mash-up is one of my absolute favorite mangas in existence, and each successive volume has only gotten more improbable and amazing and hilarious. Lloyd Forger (AKA Twilight) continues his efforts to infiltrate Eden Academy; Yor (the Thorn Princess, assassin extraordinaire) to play mom and do murders; and Anya (resident psychic and the only one who knows everything) to be adorable, please her “parents,” watch cartoons, and cheat off the right person’s paper. Plus win the affections of Lloyd’s target’s son who hates that she’s better at dodgeball than he is.

How can this not be the actual best? 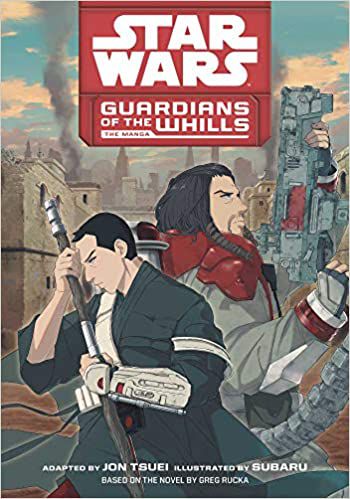 Star Wars: The Guardian of the Whills by Jon Tsuei and Subaru (5/4)

I know you’re all asking the same question I am: will we finally get official confirmation that Chirrut and Baze are old marrieds? Rucka got so close in the YA novel Tsuei is using as the source material for this manga, as close as he possibly could, as close as Rebecca Roanhorse did when she had Poe do Finn’s tie in Resistance Reborn, so here’s hoping. I mean, look, we all know but it would be nice to know, you know?

I love these two and I loved getting their backstory in the novel. Do we need a manga as well? Yes. Absolutely. The Star Wars manga adaptations have been outstanding thus far and it’s been fascinating to see how and where they shift focus and which parts of the story are universal. Plus look at that cover. 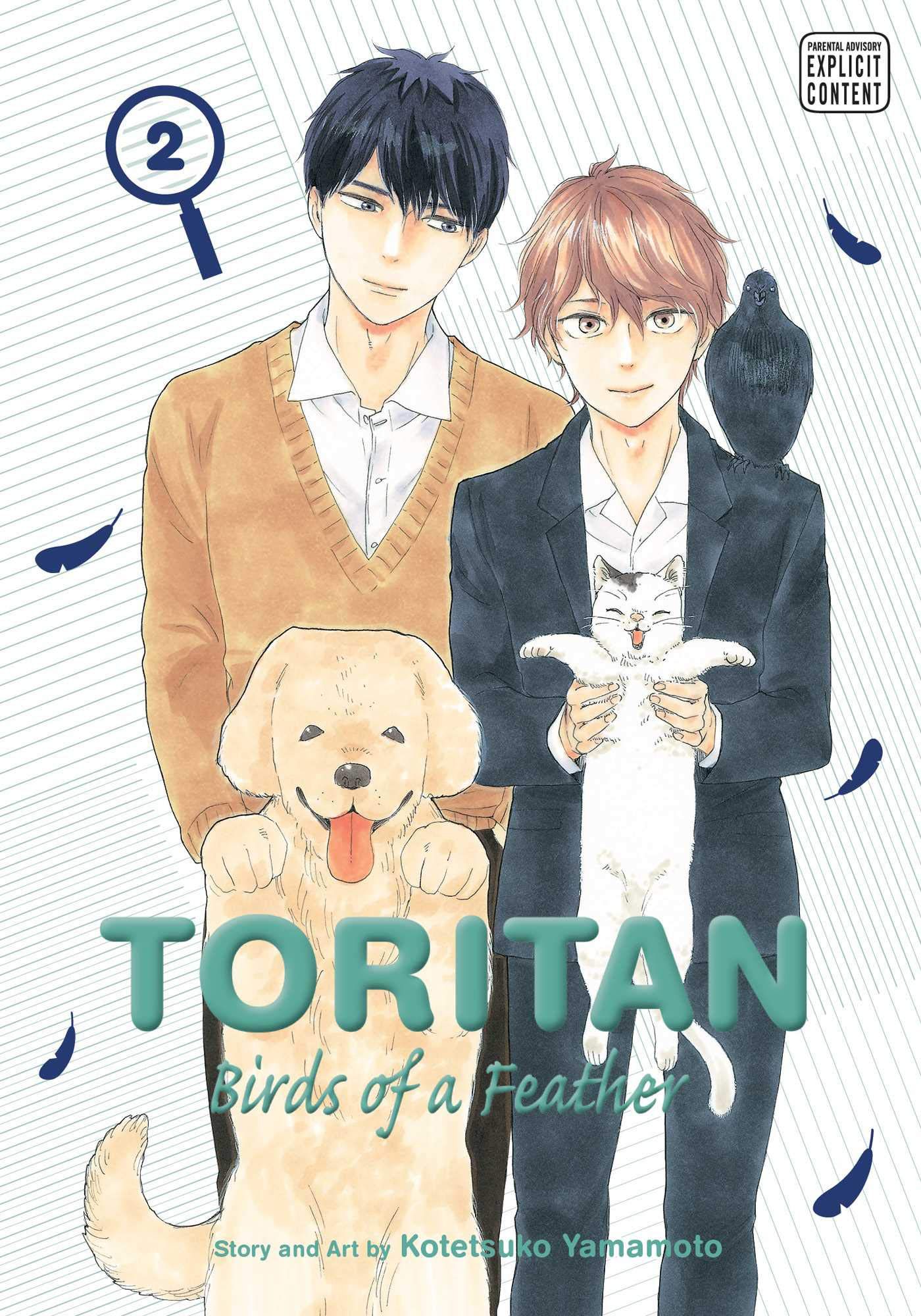 When last we left this stoic (likely) shapeshifter and his disaster crush, Mitsuru had just dropped a kiss on Inusaki who was still trying to figure out 1) how he could have a crush on a crow; 2) how the crow sounded like Mitsuru (Inusaki can hear and talk to birds, remember? No, we don’t know how, he just can, go with it); 3) how he could also have a crush on Mitsuru, and exactly what he was supposed to do about any of it.

Y’all thought humans were hard. And before you judge (which you shouldn’t anyway), remember humans and beings with avian features (tengu) have a long history in Japanese mythology. Also, I am on Tik Tok and I have seen you all simping for Hawks (manga spoilers ahoy) so hush, leave them alone, they just want to live their lives.

Anyway. Vol. 1 came out in August so I have been waiting literally forever to see how this all shakes out. For. Ev. Er. I am sure all of us following along are happy February is short. 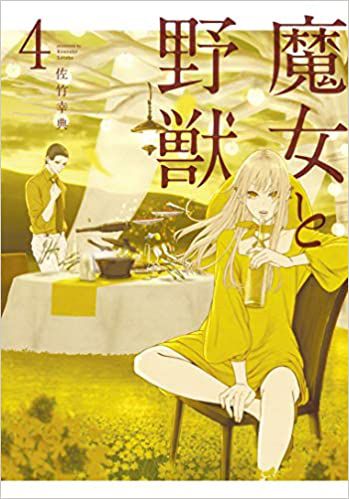 The Witch and the Beast Vol. 4 by Kousuke Satake

The Paladin Corps. Supposed allies of the Order of Magical Resonance who have proven themselves the enemies of true justice, as power hungry as the worst of evil witches in their question to obtain The Demon Sword.

Which is going to be a lot more difficult to create than even the most powerful of Paladins expects.

One Paladin remains honest, however. Or at least appears to do so. Ashaf and Guideau will find out. I can’t imagine they’ll make it easy.

I can’t wait to see him try to prove it to them.

Books can go anywhere. And they can take you anywhere. No matter what happens to the weather, you can depend on them for an adventure.