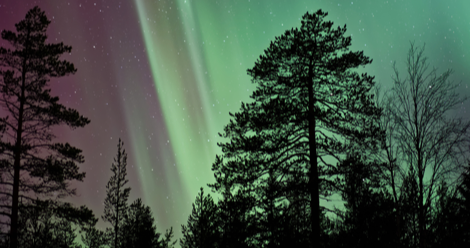 The world of Finnish speculative fiction is a wonderfully varied one, with authors like Johanna Sinisalo, Leena Krohn, Pasi Ilmari Jääskeläinen, and many others pushing the boundaries of the genre and exploring everything from hard sci-fi to the “Finnish Weird.” Philosophical, surreal, haunting: Finnish speculative fiction isn’t afraid to rip away the veil of reality and confront the strange or unexplained, and readers are the richer for it. How fitting, then, that Helsinki is hosting the 75th World Science Fiction Convention this August (somebody buy me a plane ticket PLEASE), with Sinisalo as one of the guests of honor. And thanks to the efforts of authors/editors Jeff and Ann VanderMeer, translator Lola Rogers, Finnish author/editor Jukka Halme, and many others over the past several years, Finnish speculative fiction has made its way into the English-speaking world, enriching our reading experience and inviting us into worlds we never would have imagined. 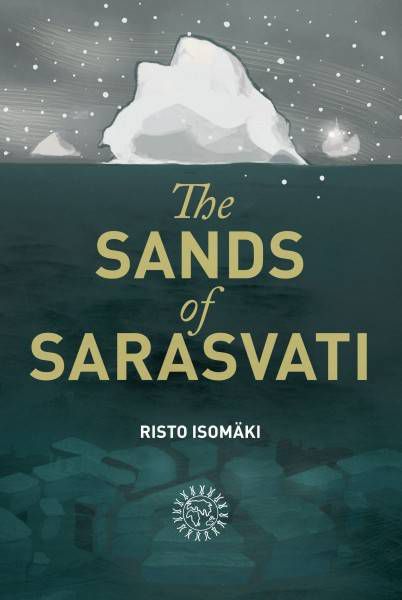 The Sands of Sarasvati by Risto Isomäki, translated by Owen F. Witesman (Into Publishing, 2013; currently unavailable in the U.S.)

Now also a graphic novel, Sands has won the Star Wanderer prize for science fiction and was nominated for the Finlandia Prize for literature. In it, scientists discover mysterious underwater ruins off the west coast of India, featuring human skulls and skeletons. While an archaeologist and a submarine expert try to figure out if this might be Atlantis, news comes that activity inside the Greenland ice sheet might threaten our own cities. A disturbing and suspenseful eco-thriller, Sands is worth checking out. 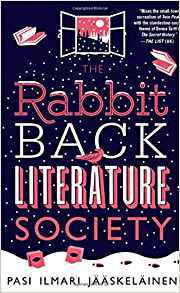 This gem of a novel is at once a mystery, a work of magical realism, a work of fantasy, and a meta-fictional meditation on what it means to read, write, and tell stories. Here, Jääskeläinen introduces us to Ella Milana, a substitute English teacher who has moved back to her home town and finds herself investigating the mysterious Rabbit Back Literature Society, organized by a famous (infamous) children’s writer. Strange disappearances, books with words that wander around, and suppressed memories are just the tip of the iceberg here. 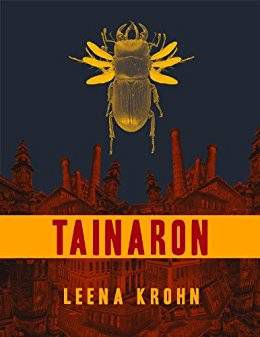 Composed of thirty letters written to a lover who never replies, Tainaron is a radically different kind of book from what we’re used to with contemporary speculative fiction. The letter-writer, a woman who has arrived at Tainaron without remembering why she journeyed there in the first place, explores this insect city enclosed in a volcanic cone. Along the way, she gains insight into the cycle of birth-death-rebirth and immortality. Poignant and lyrical, Tainaron was nominated for the Finlandia Prize in 1985, the Nordic Council Literature Prize in 1988, the World Fantasy Award, and the International Horror Guild Award in 2005. 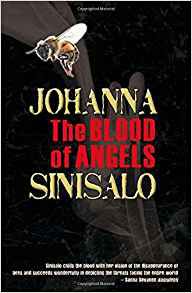 A story about love, grief, and ecological devastation, The Blood of Angels switches between two perspectives: that of Orvo, a small-time beekeeper; and his son Eero, a radical animal rights activist. When bees start disappearing around the world due to ecological catastrophe, Orvo’s hives are hit hard; around the same time, Eero also dies. It is then that Orvo discovers a portal to a seemingly unspoiled paradise, where he hopes to recover both his beloved son and his bees. A talented and versatile author, Sinisalo is also well-known for her novel The Core of the Sun, which came out in English last year. 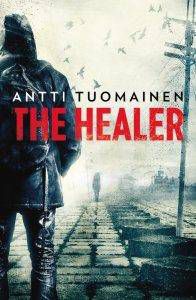 The Healer: A Novel by Antti Tuomainen, translated by Lola Rogers (Henry Holt, 2013)

The first of Tuomainen’s novels to appear in English, The Healer, like The Sands of Sarasvati and The Blood of Angels, concerns itself with ecological disaster and its effects on human populations. In the midst of power-outages and panic in Finland (reflecting even more disastrous events around the world), Tapani Lehtinen’s wife, a reporter, vanishes. As he searches for her, he uncovers the story Johanna was working on: a person claiming responsibility for multiple murders who said he was punishing those people for their role in harming the environment. An eco-thriller and apocalyptic warning, The Healer is not to be missed.