When The Atlantic endorsed Hillary Clinton last week, only the third time in the magazine’s history that they have made an official endorsement, one of the many, many reasons they used to explain their preference for her over Trump is that, “Mr. Trump… appears not to read.” Although this criticism came last on their list, it is a serious charge that says a lot about his character. Not reading is indicative of a lack of curiosity, general lack of empathy, and a profound disinterest in knowledge.

Unlike Trump, we know that Hillary is a reader. In various interviews and publications, she’s talked at length about her favorite books. In the third episode of the campaign’s podcast, she mentioned that, like nearly everyone else, she devoured Elena Ferrante’s Neapolitan series. We also know that she listens to podcasts and TED talks, and enjoys a good mystery. Thanks to her interview with Marley Dias, of #1000BlackGirlBooks, we know that she saw herself in Little Women and that Maya Angelou’s I Know Why the Caged Bird Sings is her favorite #blackgirlbook. Did you know that she even has a children’s library in the Central Arkansas Library System named for her? 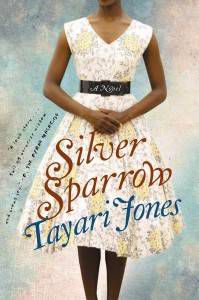 Silver Sparrow by Tayari Jones. This novel might scratch the itch for more books in the vein of Ferrante. Jones’ book follows two half-sisters who come of age in Atlanta in the mid-1980s. Both girls are daughters of the same man but only his illegitimate daughter knows about the other family. Eventually, the girls meet and become friends. This sets in motion a series of events with terrible consequences. This book poses big questions about friendship, love, and the limits of family. The NEA selected Silver Sparrow for its Big Read program, so this could qualify as both a pleasure and a “homework” read for Secretary Clinton. 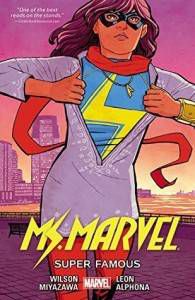 Ms. Marvel volumes 1-5 by G. Willow Wilson  and Adrian Alphona. This comic book is a favorite of the Book Riot staff and should appeal to Secretary Clinton, too. It follows Kamala Kahn, a Muslim teenage girl living in Jersey City, NJ, who discovers that she has superpowers. The series is a wonderful exploration of identity– on a bunch of levels– with a fun, action-packed, and thought-provoking plot. Plus, after the abhorrent treatment of the real-life Khan family following their appearance at the Democratic National Convention, it’s gotta feel awesome to see Kamala Kahn kick butt and take names. Yes, I know that the spellings are different (Kahn v. Khan) and this is a comic book and that their son was a real-life soldier. I don’t want to down-play the seriousness and tragedy of their situation, but I do think that a Muslim superhero named Kahn is exactly who need right now. 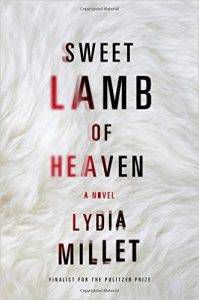 Sweet Lamb of Heaven by Lydia Millet. Long-listed for the National Book Award this year, Millet’s novel blends politics with a domestic thriller. The book follows Anna as she and her daughter flee Anna’s abusive husband, a successful businessman who is running for office. The book is about gaslighting, power, politics, families, and secrets. If it doesn’t hit too close to home, you know this has got to appeal to Mrs. Clinton. She might read it with a lot of opinions about the protagonist. I would pay good money to see a conversation between Clinton and Millet. 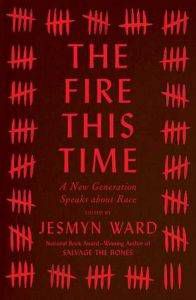 The Fire This Time: A New Generation Speaks about Race edited by Jesmyn Ward. This is a fantastic collection of essays a poems, not a single story or history. This format encourages the reader (or at least me) to drop in and out, read things as they become especially relevant, and really sit with the insights offered. Divided into three sections–past, present, and future– the pieces is book could help shape Clinton’s thinking on race, policing, and American history long after the election season ends. We know Secretary Clinton is bonkers busy, so it makes sense for her to look for a book that lends itself to this kind of reading. 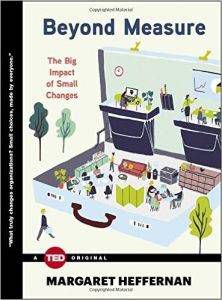 Beyond Measure: The Big Impact of Small Changes by Margaret Heffernan. I suspect that this book might appeal to Mrs. Clinton on a few levels. First, her campaign slogan “Stronger Together” seems to be an implicit rejection of what Heffernan calls “the super chicken” model of development, in which high-achievers suppress the productivity of others. The TED Talks’ publishing house, TED Books, published Beyond Measure. TED Books are designed to be “long enough to explore a powerful idea but short enough to read in a single sitting.” Given how grueling her schedule is, a short, thought provoking book might have a lot of appeal. You can listen to Heffernan’s TED Talk online here. 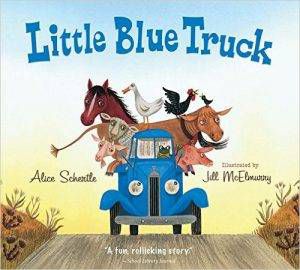 Little Blue Truck by Alice Schertle and illustrated by Jill McElmurry: If her grandkids are like most kids, they’ve probably asked her to read Chugga Chugga Choo Choo 10,000 times. We suspect that even the most devoted grandma might need to switch things up now and then. Little Blue Truck is a cute book with a great message, fun art, onomatopoeia and animal sounds that kids will love, and even a seasonally appropriate sequel (Little Blue Truck’s Halloween, anyone?). I have it on the very reliable authority of a sweet one-year old and her parents that this book is a crowd pleaser.

I’m 1,000% sure that if Secretary Clinton wanted to talk about her favorite books or fill us in on what’s actually on her reading list, Jeff would be happy to revive the Reading Lives Podcast. Please consider this an open invitation from all of us at Book Riot.