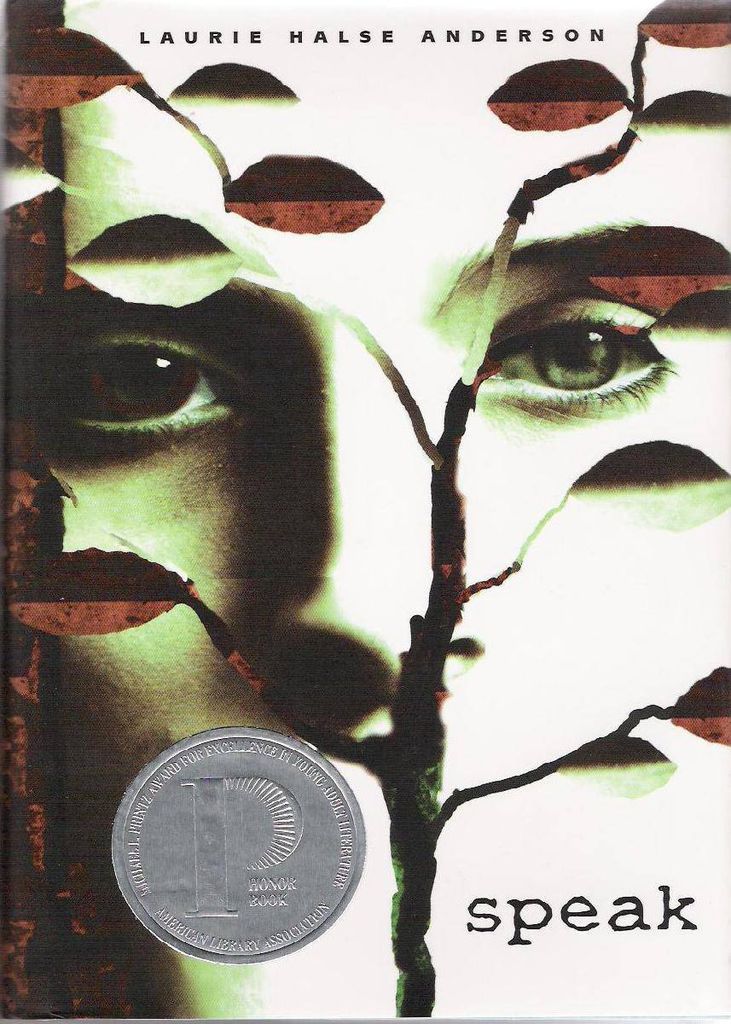 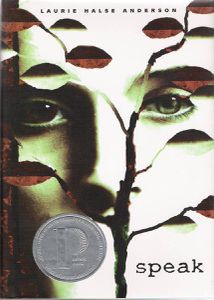 Books change lives! Or so we always say. Yet this consensus is typically drawn from personal experience alone. We know it’s true because–well, it’s happened to us! But when it comes to censorship battles, or an age of education based on standardized test scores alone that’s changing the language arts classroom as we know it, hard data is really what we need on our side when it comes to standing up for important books.

So thank goodness one awesome doctoral student’s dissertation last year did just that! Victor Malo-Juvera’s 2012 study measured students’ “rape myth acceptance” before and after reading Laurie Halse Anderson’s Speak. For those who aren’t familiar, Speak enters the brain of a girl who goes silent for a year after she’s raped at a party. An exceedingly excellent book originally published in 1999, it’s considered a YA classic and is frequently taught in schools.

Anderson herself remains a stalwart advocate for sexual assault education, an issue that hasn’t necessarily changed in importance since Steubenville, but whose importance has perhaps just suddenly, and disturbingly, become clearer to many in America. In an excellent recent interview with Jen Doll at the Atlantic, Anderson explained:

“I was shocked when I realized how ignorant boys are about this. It became clear in 2002, after five years of pretty heavy school visits, and people putting the book into the curriculum. In every single demographic—country, city, suburban, various economic classes, ethnic backgrounds—I’d go into a class and talk about the book. And usually by the end, a junior boy would say, ‘I love the book, but I really didn’t get why she was so upset.’ I heard that so many times. The first couple dozen times I sort of freaked, and then I got down from my judgmental podium and started to ask questions. It became clear that teen boys don’t understand what rape is.”

Teens are so often not explicitly taught things that adults assume they already know. With no other options, they frequently buy into the myths that wider society helps to propagate, such as the varied, seemingly unshakable myths about rape. Anderson cites the belief many still hold that rape can only be committed by “a stranger in the bushes with a gun,” while Malo-Juvera in his dissertation boiled his research down to two rape myth factors: “She wanted it,” and “She lied.”

Cold, hard data. There’s been so much talk post-Steubenville about changing our rape culture. Can books like Speak actually help? Here’s my brief summation of Malo-Juvera’s dissertation, so you don’t have to read the 180+ pages of it yourself:

Malo-Juvera also states that, to his knowledge, this was the first research study of its kind in specifically studying the social effects of YA novels. He encourages similar studies to be done using topics such as bullying, homophobia, racism, misogyny, and so on. You hear that, academia? Get on it.

You can read Malo-Juvera’s full dissertation here. You can also keep track of Laurie Halse Anderson’s current fundraising efforts for RAINN (Rape, Abuse, and Incest National Network) with the Twitter hashtag Speak4RAINN. A useful list of further YA novels that deal with sexual assault can be found here.