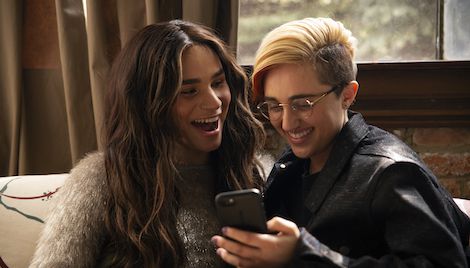 Sponsored by –The Fall of Crazy House

Following in the footsteps of mid-’90s Baz Luhrmann, SparkNotes—y’know, the people who sell English class study aids—is trying to make classic literature “hip” and “cool.” Now that it’s 2019 and, alas, turning teens on to Shakespeare via Hollywood dreamboats emoting to Butthole Surfers songs doesn’t do the trick anymore, the company has taken another route: a social media account that posts non-stop literary memes.

If you need a good laugh, SparkNotes has got you covered—not a thing I thought I’d be saying.

Because Alderson focuses her personal studies on black women during the first half of the 20th century, she was surprised that she’d never heard of the Six Triple Eights before, never came across them in previous research. Her reaction was immediate — she’d simply tell their story in her own words — and practical. If she hadn’t been aware of the existence of these revolutionary black women, how many others were ignorant as well?

I always want to read stories of women intentionally forgotten by history.

Behold: the rare opportunity to own a piece of Hollywood history tucked away in one of the most beautiful corners of the South.

Nineties kids and their parents will likely recognize the 131-year-old Captain’s House in Old Town Fernandina Beach, Florida, as Villa Villekulla, the fictional home of Pippi Longstocking in the 1987 movie The New Adventures of Pippi Longstocking. Today, we can see why the one-of-a-kind residence is one of Fernandina Beach’s most photographed homes. And it’s currently on the market for just $750,000.