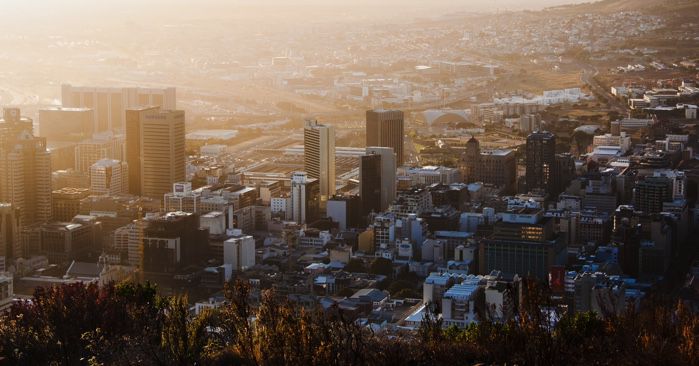 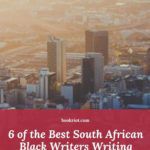 South Africa has a painful history of racism connected to the criminal injustices of the apartheid era, which institutionalised oppression against all people of colour. The recent anti-racist movement in America has sparked new kinds of conversations about lingering racism and social justice issues that continue to prevail in post-apartheid South Africa. But South African authors have for some time been doing significant, creative work to speak out against these issues while also giving voice to the Black Africans who experience them. If you’re interested in learning more about this material, these Black South African authors who navigate anti-racist topics are a great starting point. 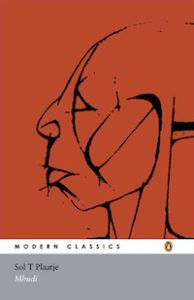 Solomon Tshekisho Plaatje (pronounced “ply-key”) was a writer, translator and politician known for his contributions to politics and cultural studies in South Africa. He famously translated several of William Shakespeare’s plays into Setswana (a language spoken in various Southern African countries). Plaatje was also one of the first Black African writers to have written and published a novel in English. His epic novel Mhudi (1930) takes its name from the story’s heroine, and parallels the conflict amongst indigenous, Black South African tribes in the 19th century with the resistance of the white ‘Boers’ (people of Dutch, German or Huguenot heritage) against British settlers in the country during the same period. The novel combines the style of African oral story-telling traditions with classical, European literary structures to produce a complex cultural fusion that challenges distinctions of cultural and racial difference. 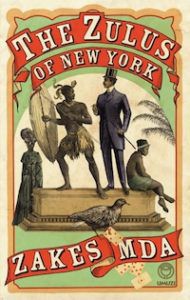 Zanemvula Kizito Gatyeni (Zakes) Mda is a celebrated South African author, playwright, journalist, film-maker, HIV/AIDS activist, and academic. His novels focalize Black subjectivity, exploring conflicts of race and ethnicity, histories of empire, capitalism, and material culture in colonial, apartheid and post-apartheid South Africa. Some of his most moving novels include Ways of Dying (1995) and The Heart of Redness (2000) which have won many international awards. His most recent novel Zulus of New York (2019) is inspired by the real-life story of ‘Farini’s Friendly Zulus’ who were a group of South African Zulu men that were taken to Europe and America and displayed as ethnographic exhibits in Britain and the USA in the 19th century. Mda continues to uphold the heritage of anti-apartheid resistance through his patronage of the famous Market Theatre in South Africa. This experimentative, multi-racial theatre was an important resistance platform for many Black creatives during apartheid. 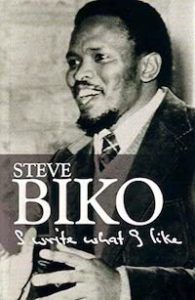 Stephen (Steve) Bantu Biko was a student activist and key figure in South Africa’s ‘Black Consciousness Movement’ – a campaign dedicated to mobilising resistance against apartheid on a wide-scale, local level. At the age of 30, he was tragically killed in a violent series of acts of police brutality enacted under apartheid tyranny. In his writing, Biko reflects on aspirations for Black African unity and empowerment while also critiquing white supremacy. Biko wrote articles for the newsletter of the student organisation he helped establish, SASO (South African Student Organisation), under the pen name Frank Talk. A selection of these articles and other texts are published under the edited collection I Write What I Like (1978) which takes its title from the name of Frank Talk’s column. The book is a prolific compilation of Biko’s views on oppression, the struggle for Black liberation, racial inequality and manifestos for a new, thriving African society. 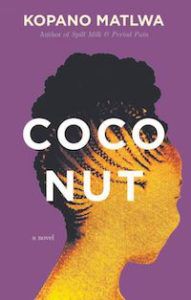 Dr. Kopano Matlwa Mabaso is an author, doctor (medical and academic!), and founder of the Transitions Foundation, an educational outreach centre in South Africa. Matlwa began her writing career as a medical student trying to cope with anxieties of the growing HIV and AIDs pandemic in South Africa in the early 2000s. Her books Coconut (2007), Spilt Milk (2010) and Period Pain (2016) offer perspectives on the lived experiences of young, Black South African women negotiating the aftermath of apartheid and the crisis of identity that emerges in the multiculturalism of South Africa’s new ‘Rainbow nation’ identity. Matlwa’s stories explore big topics like race, class and gender inequalities through the experiences of the modern African woman including her traumas, her family, her romances, and her hopes for her community. 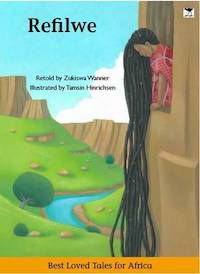 Zukiswa Wanner is a South African writer, journalist, and founder of ReadSA, a project aimed at encouraging South Africans not only to read more but also to read and support local writers. Her dedication to celebrating and sharing African narratives is reflected in the various genres and forms that she uses to explore uniquely South African perspectives of postcolonial realities. This ranges from creative nonfiction such as Maid in South Africa: 30 Reasons to Leave Your Madam (2013), which explores interracial dynamics in South Africa’s domestic settings, to novels like London Cape Town Joburg  (2014), which examines South African diasporic identity and the post-apartheid repatriation of exiles, to children’s book like Refilwe (2014), an African adaptation of the fairytale Rapunzel. One common feature that runs through Wanner’s writing is her humorous style and her effective use of comedy as a tool for drawing attention to some of the most complex racial conflicts and socioeconomic realities in post-apartheid South Africa. 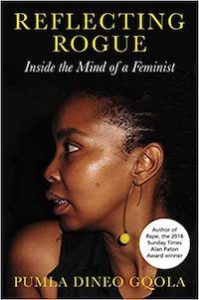 Pumla Dineo Gqola is a well-renowned writer, Professor, and Dean of Research at the University of Fort Hare in South Africa. Gqola is known for her powerful feminist expressions and for troubling the boundaries between academic and creative nonfictional forms of writing. Her often-experimental writings explore a range of pressing social justice issues under topics of race, nationality, sexuality,  gender-based violence, and class conflicts in South Africa. For instance, Gqola’s book What is slavery to me?: Postcolonial/Slave Memory in Post-Apartheid South Africa (2010) considers how memory plays a role in negotiating histories of slavery and oppression in South Africa, while Rape: A South African Nightmare (2015) takes as its focus contemporary South Africa, considering cases and responses to rape across various communities in the country. Her most recent and more light-hearted book Reflecting Rogue: Inside the Mind of a Feminist (2017) is a profound set of autobiographical essays that reflect on the diverse experiences of Black women in South Africa.