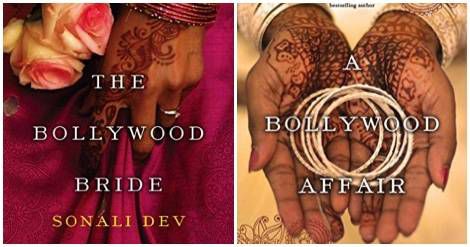 This is a guest post from Sonali Dev. Award winning author Sonali Dev writes Bollywood-style love stories that let her explore issues faced by women around the world while still indulging her faith in a happily ever after.

Sonali’s novels have been on Library Journal, NPR, and Kirkus Best Books lists. She won the American Library Association’s award for best romance in 2014, is a RITA Finalist, RT Reviewer Choice Award Nominee, and winner of the RT Seal of Excellence. Sonali lives in the Chicago suburbs with her very patient and often amused husband and two teens who demand both patience and humor, and the world’s most perfect dog. Find out more at sonalidev.com. Follow her on Twitter @Sonali_Dev.

I was talking to my teenage daughter this morning about why we need an International Women’s Day. Neither one of us likes the fact that even today, in 2016, we need a day to call attention to the inequity and injustice women around the world face and to remind us that issues as staggering as mutilation, trafficking, abuse, domestic violence, sexual shaming, and even basic access to healthcare, education, and income parity (to name only a few) continue to exist. But it’s also a day that allows us to talk about the distance we as women have travelled.

I grew up in India, with two college educated grandmothers, one of whom was a doctor in pre-independence India. My great grandfather, who was born only a decade after the British suppressed the Sepoy Mutiny of 1857 and consolidated their power in India, dedicated his life to educating girls when the idea was considered not just radical but certifiably insane. One of my favorite childhood memories is cuddling with my grandmother on long summer afternoons and listening to her tell stories about how her father spent years walking from village to village, knocking on people’s doors, trying to convince them to send their daughters to school. This often resulted in his being thrown out on the street, being chased with sticks by mobs, and even being stoned. To say nothing of the fact that his family was ostracized, and my grandmother and her siblings spent years in abject poverty being treated as social outcasts. He persevered, however, and to this day a marble statue of him stands in the courtyard of the beautiful pink-walled School For Girls he built by the Arabian Sea in his little town of Malwan.

Armed with this legacy, I spent most of my growing years with very little patience for anyone who tried to tell me I had to do something a certain way because I was a girl. Not that that stopped people and I was your angry young feminist way before I learnt that there was a term for it. Picture me yelling at the ubiquitous little clusters of men collected at Mumbai’s street corners heckling women and girls as they passed by. Picture me sticking up my finger at the many many instances of “God help the man she marries” and other gems. Picture me getting in arguments with random uncles and aunts over how I should talk, walk, sit, dress, etc. Now, this might sound like my world was filled with overt bigotry, but it wasn’t.

Confusingly enough, my immediate circle was filled with strong, opinionated women and respectful, loving men. And I could never quite comprehend why something about it still felt off and I was constantly asked to “get off my soap box, because no one was treating me badly.” I spent years trying to understand exactly what was going on and to figure out that I was dealing with microagressions (way before I knew there was a term for that too). And while the women around me seemingly had voice, it was a voice allowed them by the men in their life. There were almost no examples of true agency.

My grandmother, although she was a doctor who by all accounts was excellent at her work, practiced medicine only in places where my doctor grandfather also chose to practice it and she basically was “allowed” to do this until he decided it was time for both of them to retire. My father was constantly praised as a saint for letting my mother be such a strong, opinionated woman. 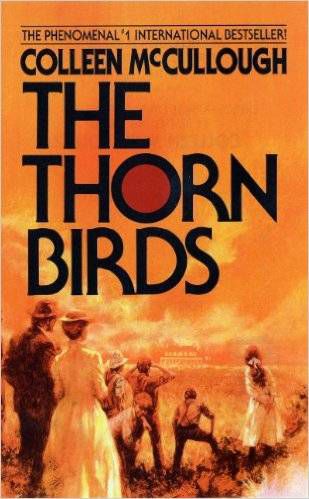 My first exposure to women having agency was in the books I read. Being educated in English, these were all western white women— Austen’s Emma and Scarlett O’Hara and Meggie Cleary from The Thorn Birds. Women who weren’t exactly aided by an equanimous society but who worked around their limitations and actively found ways to better the situations an unequal world put them in.

Even after I was able to find books by Indian authors with Indian protagonists (as late as college), it was hard to find women who amounted to much more than being the wives of the men they married. Even in the books I loved, like Vikram Seth’s A Suitable Boy or Mistry’s A Fine Balance, all the agency rested squarely in the hands of men.

When I started writing myself, I found my stories delving into the evils I saw women in my culture and outside it face. My heroines struggled with their lack of agency, the hole I’d been grappling with filling all my life. Finally, I was only able to finish my first book when I gave my heroine power, when she found the ability to find her own strength and change her own life before she could find happiness.

When I think of all the distance women have travelled between my grandmother’s and mother’s generations and that of my daughter, the most remarkable change I see is the ease, sometimes even the fierceness, with which girls are able to claim their own equality. Something I never got to see the generations before mine do and I see my own generation still struggle with. And watching my heroines journey their way to owning their power and claiming agency has been catharsis of the sweetest kind.