It can be easy to get locked into reading fiction from the country where you live. But there’s a whole big world out there, and reading books from other countries opens up so much possibility for different stories, told in different ways, using language differently. Here are some of Book Riot contributors’ favourite non-USA picks of the year. 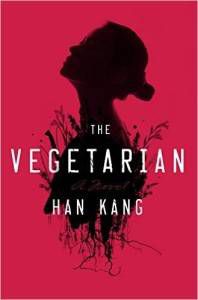 I have a confession to make: I panned this book when I first read it. There was a coldness to the story that I reacted to viscerally. Once I gained some distance from it though, I came to deeply appreciate it and realized that the coldness is part of what makes The Vegetarian such a powerful story. It echoes the feeling of the main character toward her repressive culture and family, and it makes an important statement about the power (or lack of power) of women in societies that hem them in and press them to behave in certain acceptable ways. This is not what I consider an enjoyable read, but it is a book that cannot be ignored. 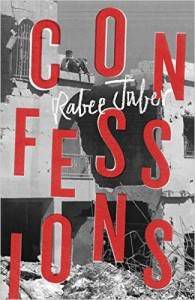 “My father used to kidnap people and kill them.” If you didn’t know Rabee Jaber, one of the leading forces in contemporary Arabic literature, you might expect a gruesome follow-up to this introductory sentence. But this slim, beautiful book (in amazing translation by Abu-Zeid) is an unaccountably gentle exploration of the links between memory and identity. We never quite learn who the narrator is (although we know his father isn’t really his father). But in the end, as he sits with a plate of cake, there is a moment where we transcend all of it. 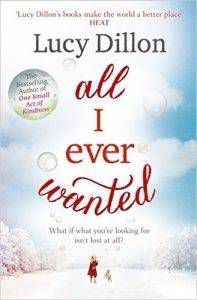 The latest book by Lucy Dillon, and we return to the charms of Longhampton. This one follows the lives of Caitlin, whose marriage is falling apart, and Eva, who is recently widowed and learning new truths about her marriage and husband. My summary really does this book no justice at all, so all I can really say is that I loved it as much as I love all of her other books, and that is a lot. Longhampton is probably my favourite fictional universe outside of Hogwarts, and Dillon’s voice is charming, delightful and comforting. Her books explore the topics of relationships, family, life and friendship with humour and kindness. Her characters are people I would like to be friends with and meet for an afternoon cup of tea and a biscuit. I’m already eagerly awaiting Dillon’s next novel and I’m pretty sure it hasn’t even been written yet. 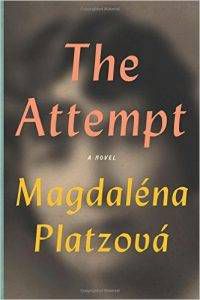 The Attempt by Magadelena Platzova, translated by Alex Zucker (April 2016)

Even as someone who reads a lot of translations, I usually don’t hear a lot about Czech authors – which is in part what drew me to this book. The Attempt juxtaposes the life of the anarchist Andrei Stein (a barely disguised Alexander Berkman) with that of Jan, a Czech historian who travels to NYC to research Berkman’s life in 2011 – at the height of the Occupy Wall Street Movement. Platzova’s book is about the personal motivations and toll of political activism. I read it earlier this year, before the results of the presidential election. Now it seems increasingly relevant, if only because it’s a reminder that there have always been corrupt individuals in history and there have always been people who stood against them – in various ways and with equally varying outcomes. 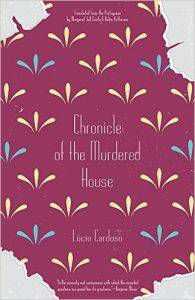 This couldn’t be more different than my first recommendation. Lucio Cardosa was a friend and contemporary of the writer Clarice Lispector. This particular book is a salacious family saga with all the inexplicable melodrama of a Telemundo Novela. Love, intrigue, infidelity, jealousy, suicide and incest – Cardosa fits it all into a story of a once wealthy and influential Brazilian family in its death throes. The result is delicious. Told from multiple perspectives (through letters, diaries, and recounted memories) and spanning decades, it begins when the eldest son brings home a bride from the city and ends with her death. Nina is one of the great bad-girl characters of literature, a flawed but perfectly drawn anti-heroine. You’ll love her and hate her. But she, and this novel, will have you guessing until the final page. 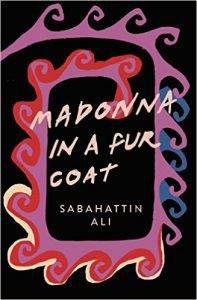 I heard from fellow rioter Kareem Shaheen that this slim little volume is wildly popular in Turkey, especially now, under the current government. The first twenty pages-ish are a little plodding, so I was puzzled. But then there is a dramatic a shift in the narrative; I was utterly enchanted. Hands down the best description of falling in love that I have ever read. The foreignness of the culture combined with a kind of radically contemporary and familiar portrait of the workings put this at the top of my “best of” list for 2016. 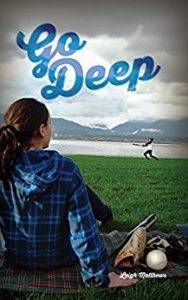 I’m Canadian and I read a ton of Canadian books, so it was hard for me to narrow down one book to share for this post! But I decided on Go Deep, because it’s such a fun book and because it’s so very Vancouver, where the book is set. It’s the second book in Matthews’s All Out Vancouver series, which is a modern-day take on the lesbian pulp genre investigating the lives and loves of a diverse group of queer folks, mostly in the neighbourhood of East Vancouver. It’s such a treat to read a book that feels like an authentic representation of the Vancouver I know, describing pubs, parks, music venues, intersections, streets, and, most of all, people that I recognize! It’s a wildly funny and entertaining book featuring dyke drama, bisexual poly triads, queer softball leagues, and all kinds of shenanigans. I’m lucky enough to be friends with the author, which is how I first heard of the series, but I promise I would love it even if I wasn’t.

A lovely novel about family, friendship, and community that is told through multiple points of view from people living in a small development in Mexico City. The range in characters from the recently widowed landlord, to the twenty year old “spinster” struggling to eat, to the girl building a milpa whose sister recently passed, all beautifully ties together through community, allowing for the exploration of many kinds of grief. Jufresa explored difficult topics with a mix of weird/dark humor that kept the novel from ever feeling heavy and placing her on my radar as I look forward to reading more work from her.