Today marks the 103rd anniversary of the Ludlow Massacre, an event in US history that isn’t taught nearly as often as it should be. On April 20, 1914, a detachment of the National Guard (likely filled out with strikebreakers and Baldwin-Felts detectives) fired on a tent city filled with striking coal miners and their families. Between the bullets and a fire that started during the fight, two women, six men, and eleven children were killed.

In remembrance of that event, here are 12 books of American labor history. 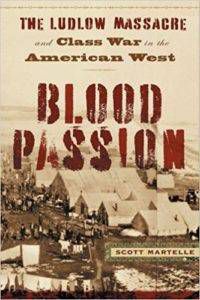 Blood Passion: The Ludlow Massacre and Class War in the American West by Scott Martelle – perhaps the definitive book on the history of the Colorado Coal War and the lead up to the massacre.

Autobiography of Mother Jones by Mary Harris Jones – If you needed a stark reminder that not all prose of the early twentieth century was impenetrable, Mother Jones has you covered. While some of the stories should probably be taken with a hefty grain of salt, her clear voice and concise storytelling are sure to get you fired up. 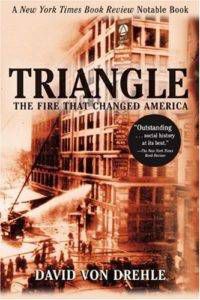 Triangle: The Fire That Changed America by David von Drehle – A closely researched account of the Triangle Shirtwaist Factory Fire, a disaster that riveted attention on the terrible working conditions faced by workers at the time. If anyone ever tells you that we don’t need workplace safety regulations, give them a copy of this book.

From the Folks Who Brought You the Weekend: A Short, Illustrated History of Labor in the United States by Priscilla Murolo – a historical survey of labor history in America, starting in the fifteenth century, which strives to be as inclusive as possible in its brief pages.

Selling Free Enterprise: The Business Assault on Labor and Liberalism, 1945-60 by Elizabeth A. Fones-Wolf – An exploration of mid-twentieth century business interests undermining labor, with particular attention to the use of McCarthyism. 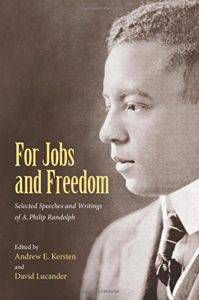 For Jobs and Freedom: Selected Speeches and Writings of A. Philip Randolph edited by Andrew E. Kersten and David Lucander – More people should know A. Philip Randolph’s name; as both a labor and civil rights leader, his work remains evergreen and relevant.

Death in the Haymarket: A Story of Chicago, the First Labor Movement and the Bombing that Divided Gilded Age America by James R. Green – The Haymarket Riot was the first battle of the labor movement in post-Civil War America; in its wake, the execution of innocent workers set the tone for the wars that followed.

Common Sense and Little Fire: Women and Working Class Politics in the United States, 1900-1965 by Annelise Orleck – A history of four immigrant women activists (Rose Schneiderman, Fannia Cohn, Clara Lemlich Shavelson, and Pauline Newman) and the deep but often unsung influence they had on labor and other social movements.

Solidarity Divided: The Crisis of Organized Labor and a New Path Toward Social Justice by Fernando Gapasin and Bill Fletcher, Jr – A book that focuses on the modern problems of unions in the United States with attention paid to intersectionality that often goes ignored. Gapasin and Fletcher finish with a prescription for a new way forward that could make unions champions for social justice. 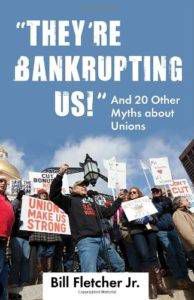 “They’re Bankrupting Us!”: And 20 Other Myths about Unions by Bill Fletcher, Jr – Here’s your resource for any time someone tries to blame budget deficits on unions or claim that unions only help their members; it’s a well-written, indexed FAQ of common misconceptions.

To ‘Joy My Freedom: Southern Black Women’s Lives and Labors After the Civil War by Tera W. Hunter – A history of African-American domestic workers in the postbellum South, and a much needed one at a time when who is and isn’t “working class” or a “worker” is still too often drawn along lines of race. I’d never even heard about the Washerwoman’s Strike of 1881 until I read this book.

Dishing It Out: Waitresses and Their Unions in the Twentieth Century by Dorothy Cobble – If you never knew that waitresses were unionized, you ought to read this. It’s a history that chronicles the rise to ultimate fall of the unions in the 70s.