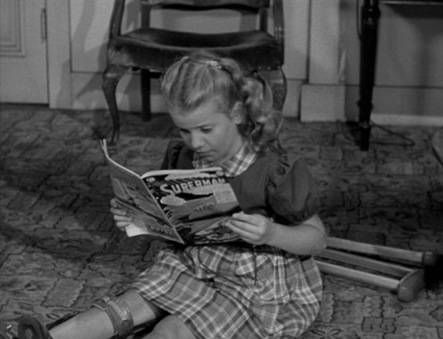 I always have a book on me. So if I am waiting for friends at a restaurant, on the bus, or killing time between two talks at a conference, I read. And sometimes the book in my purse is a comic, which can prompt a question along the lines of: “You read comics?” I never know how to react to such a question. The answer is obviously yes. Yet the depth of the expected answer is very different depending on who is asking the question. So here is an absolutely non-scientific topology based on anecdotal evidence of potential interlocutors.

This is the easy one. They read comics too. And they are curious and they want to know what you read and find common ground. This kind of conversation is like any other when fans meetup. Worst case scenario you do not like the same thing, but depending on the context you usually end up with the sense of belonging to the same family in a broad sense.

A great moment is when you find a fan in an unexpected place. Once going through security at the airport, I took my laptop out. There were a couple of single issues in my case including Aja and Fraction’s Hawkeye. And I got the nod of approval. The airport was quiet and we talked for a few minutes about what he was reading and it was really nice.

They do not really get it. They have not seen comics since Archie or Tintin depending on the continent and they are just curious because you do not fit their stereotype of a comic reader- i.e., you are not a 13 year old boy. They are curious. Sometimes the curiosity is benevolent, sometimes it is more along the lines of: “why on earth do you read comics?” But either way you have chance to share the good word. The name of the game in this situation is to not scare them off.

I once had a lovely interaction with a stranger on a plane. A lady in her 50s was in the seat next to me. We made the usual smalltalk (where we were from, what we did, etc) and settled in for the flight. After a few hours I grabbed a comic from my purse and she started asking me questions about what I liked. She left the plane with half a dozen recommendations. I have no idea if she ever checked them out, but I still felt really good about it!

Do: Show that comics are more than single issues of cape and cowl.

Don’t: Talk about the complexity of integrating aspects of the pre-Flashpoint continuity into the new 52 continuity in the post-convergence DCU. Probably avoid mentioning that Batman is a robot.

As soon as you answer yes, the quiz will start. You may end up being asked the name of Peter Parker’s parents (wink to Sam Maggs who describes this kind of interaction in her Fangirl’s guide to the Galaxy). The whole conversation will be oriented towards being a better fan than you are. And justifying their gaps in knowledge while yours are inexcusable. They don’t want to share what they like. They want to show off.

I have had my fair share of these conversations over the years. Some I have “won” (I can name most of the collaborators Hergé has ever had). Some I have “lost” (I did not read Batman in the 90s). None I have liked.

Do: Talk about the complexity of integrating aspects of the pre-Flashpoint continuity into the new 52 continuity in the post-convergence DCU.

Don’t: Fall in the trap of “I liked them before.” Don’t rise to the bait. You are better than the competition that is offered to you.

The problem is that it may not be easy to detect with just one sentence if the person you are talking to is a fan, a gatekeeper, or a non-geek. So I am still left most of the time with not knowing what to answer!