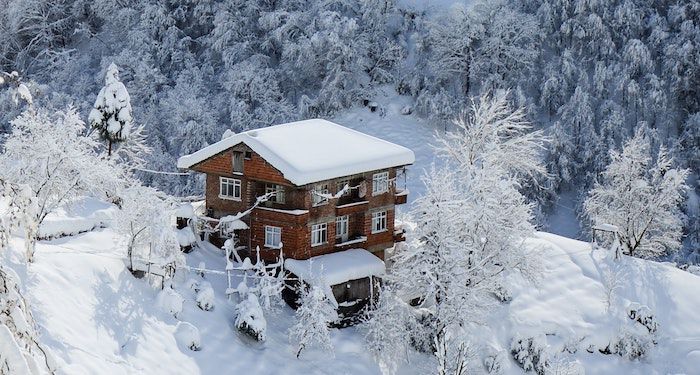 There has been a lot discourse recently over the song Baby, It’s Cold Outside. Don’t worry; I’m not going to jump up on the soapbox for that. I bring it up for its very base premise: two people in a secluded location who can’t leave because oh no, there’s a blizzard. Whatever shall they do?

Well, if it is a romance novel, chances are, they’ll fall in love. Because you know that’s one of the only steadfast rules in romance. Fall in love, happily ever after or at the very least a happy for now. No matter what led to them being in said secluded spot originally.

And I can get the premise of that. When you’re in a secluded location, you run into the risk of losing power. This means that you might have to resort to using body heat to stay warm. Because hypothermia is not sexy. If you have to use body heat, well…I mean the possibilities are endless there, right?

Sure, if there’s a fireplace, that works too. But where is the fun in that?

Another thing I like about these types of romances is it kind of forces communication between the two parties. Often the power is out, which means that you can’t really use electronics, since you want to conserve power. It also means more time for snuggling in front of the fire, begrudgingly or not, which can lead to conversation and open the doors to clearing up any misunderstandings between the two parties. And, even if the power stays on, one would get still bored quickly. This would lead to talking with the other person to hear something other than the sound of silence.

As an added bonus, snowed-in romances tend to be paired up with another romance trope. Sure, many could argue that they are a standalone trope. But there is always a hint of something thrown in there. It could be enemies to lovers, instant attraction, grumpy and sunshine, etc. And I’m a gal who, provided it does it well, does not mind multiple tropes in my romance. So, you’re getting more tropes for your time with this.

Whatever your reason for enjoying these types of books, now is the perfect season for them. Below are some that you want to snuggle up under a warm blanket with on a weekend marathon reading session. 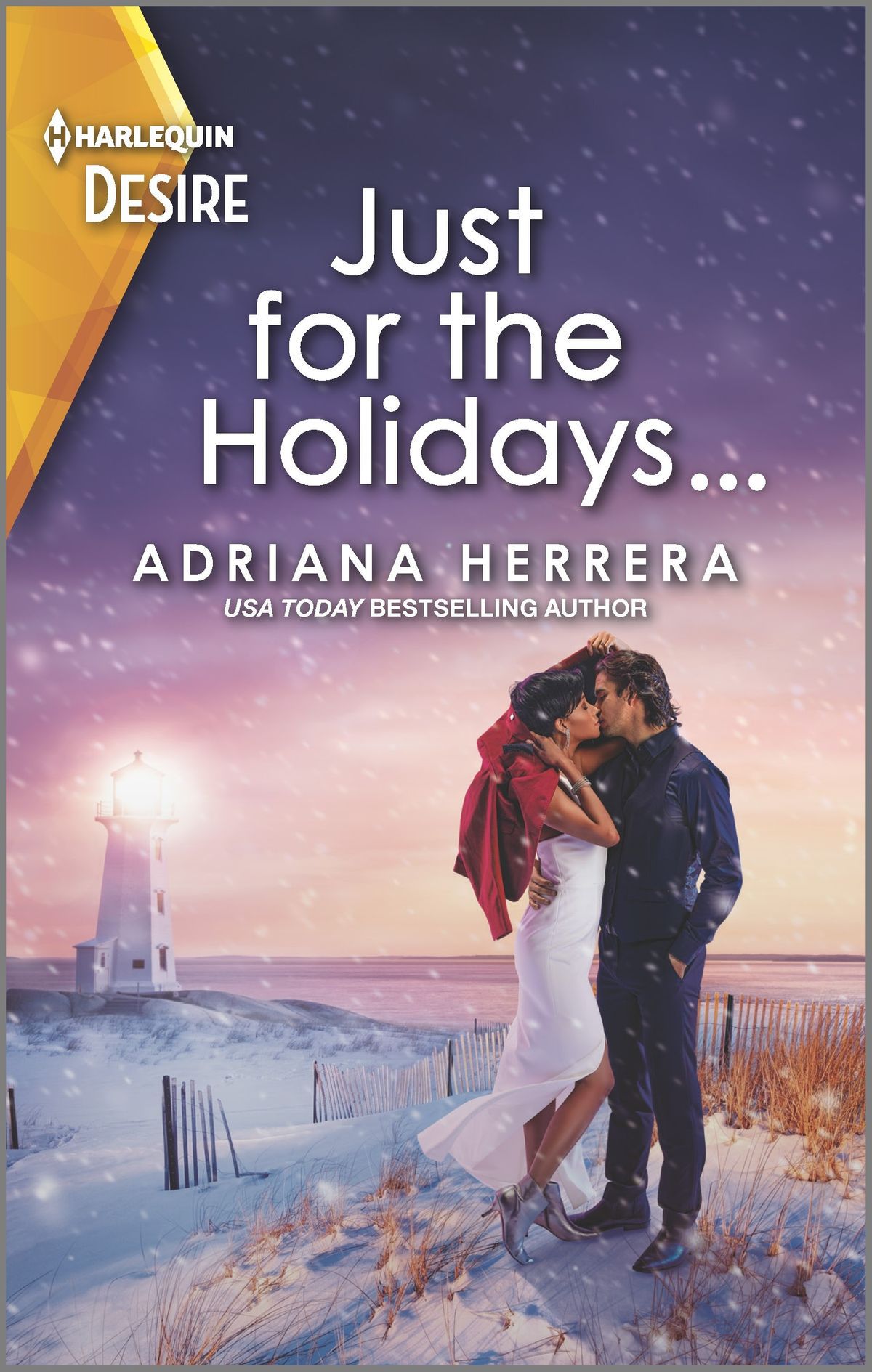 Just for the Holidays… by Adriana Herrera

Perla is a casting director who knows that Gael is the perfect actor for her upcoming project. This means that he is hands off to her. Gael, believing the men in his family are doomed to hurt the women they love, is too happy to keep his distance. That is, until a snowstorm leaves them stranded together, with no buffer to deny the attraction blooming between them.

Snowed in with the Bad Boy by Slyvia Pierce

With how much he hates Christmas, former black ops mercenary Ronan is a combination between Scrooge and the Grinch. So he is unmoved when Georgie, in full elf regalia, shows up at his door, begging for a ride to her family’s holidays. However, a blizzard makes these two opposite unwilling housemates for a couple of days. During which time, they both have a hard time ignoring the attraction that bloomed between them from the moment the front door was opened. When Christmas morning dawns, both are wondering if there is a holiday happily ever after in store for them. 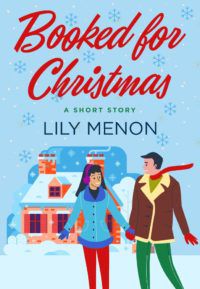 Booked for Christmas by Lily Menon

Novelist Sophie decides to throw a holiday party at her cabin, but receives an unexpected shock when critic Wolfe shows up as someone else’s plus one. Wolfe is the harshest critic of her romance novels, so she is less than happy, but allows him to stay at the party. This show of niceness ends up coming back to haunt her when a snowstorm finds the two of them stranded alone in the cabin. Over the next few days, though, they begin to discover more about each other and realize that they may be perfect for each other.

Eager to get a few days of peace and quiet before the chaos of a family Christmas, Sophie hides out at a ducal mansion in London. When a snowstorm blows through, she finds herself trapped, along with a baby and Vim, the owner of the estate. As the days pass, the two exchange many stolen kisses under the mistletoe but once it passes, will the romance they have built be able to last? 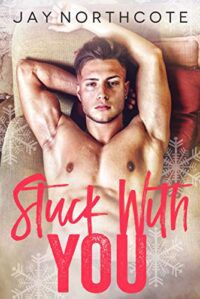 Stuck With You by Jay Northcote

Kyle and Patrick are co-workers with a lot of built up animosity between the two of them. When they end up stranded together after a business trip gets snowed in, the attraction that has been simmering between them gets put on high heat. Will the fling they begin make it after the snow thaws? Only if both men can get over hurts in their past and trust each other.

This is a bind-up of two previously published novellas. In the first one, Nyla and Aiden find themselves stranded in Tuscany, a place Nyla fled after her planned wedding to Aiden’s brother was called off. It’s no mistake that finds Aiden in the village she ran off to, as he is determined to show her he is the brother she should be with. And in the the second one, former lovers Ayanna and Jack join forces to find her brother after he gets cold feet to his own wedding. When a snowstorm finds them holed up together in a secluded mountain cabin, she has to do her due diligence to avoid falling under his spell again. 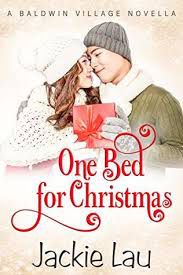 One Bed for Christmas by Jackie Lau

Caitlin and Wes are longtime best friends. Over the course of their friendship, Wes has held a candle for her but, knowing he wasn’t her type, didn’t pursue it. One year over the holiday weekend, she asks to stay at his apartment, since her place is so far away and a snowstorm is brewing. He agrees, being the gentleman he is, and even extends the invitation to snuggle in his bed to stay warm when the heat goes out. However, this much closeness could lead both of them to realize that they are destined to be more than just friends.

On her way to a writer’s conference, Jennifer ends up being stuck in Lake City, Colorado, after an avalanche. Catherine is looking forward to having a winter season alone and isn’t overjoyed with the idea of a crasher but doesn’t turn Jennifer away. After two months together, the women have developed a friendship which could bloom into more. But they both have their own lives waiting for them after the storm and are unsure if there is room for the other one there.

As a bonus pick, I’m also including Talia Hibbert’s Wrapped Up In You. This is a bonus pick since it is exclusive to Kobo. However, the app is free to download if you want to give it a try.

And there you have it; a nice round-up of snowed in romances bound to delight. Did I miss some of your favorites? Either way, let me know over on social media. Maybe I’ll end up adding some to my own TBR pile. Stay warm!