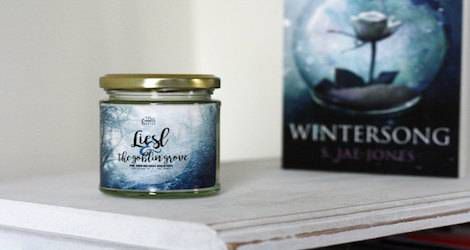 It started as most things do with me: wandering first into Archive of our Own, which led me to edits on Tumblr, and then pushed me down into the “what other fan works exist for the lovely Inej Ghafa, Wraith of the Barrel, Hunter of Slavers, Terror of the True Sea?” rabbit hole.

As it turns out, the answer is: a lot of handmade items. Including, but not limited to, candles. Because our heroines deserve some relaxation—after all, terrorizing the evil and the annoying is a full-time job.

Obviously, Inej’s candle is my top pick. I love that this candle from NovellyYours is about bringing Inej’s happy memories to life. 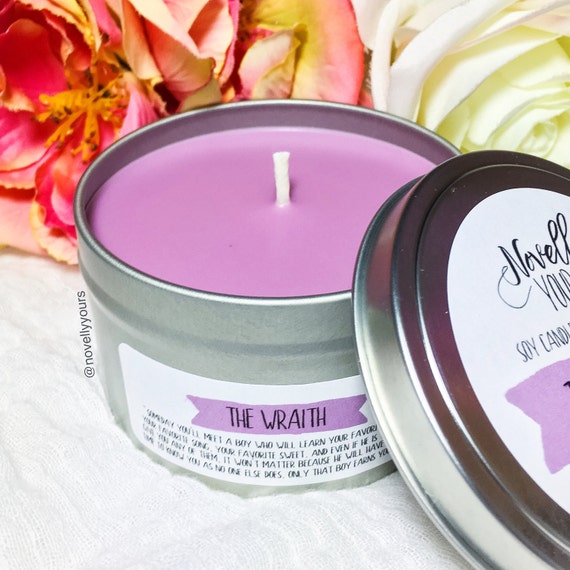 And one thing led to another and, after 25+ pages of scrolling, here are a few of the more interesting YA heroine inspired candles: 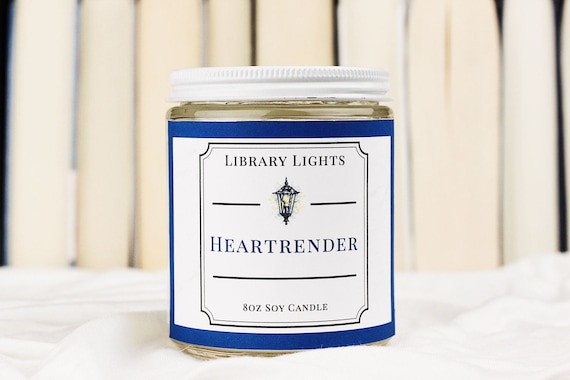 There are just as many Nina candles, I think, as there are Inej candles. Which is only fitting, they are both my faves, after all.

This Heartrender candle from librarylights has exactly the kind of candle that Nina would have in her living quarters: “It smells of warm blueberry waffles, smuggled toffee candy, and cheeky banter with a Fjerdan soldier.” Well, she’d either have this candle or her room would just naturally smell of waffles, given her sweet-tooth.

My next pick, may be a Katniss candle? But when a candle is named The Huntress, Kaede from Malinda Lo’s Huntress is who I think about. 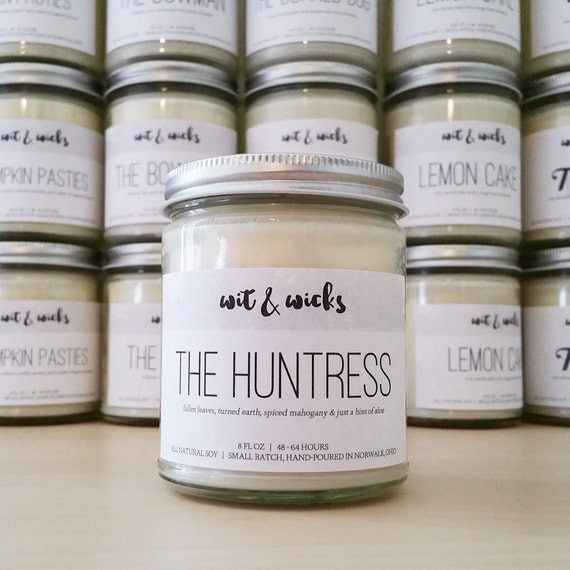 It’s supposed to smell like a forest, which suits Kaede as much as it suits Katniss, I think. “It’s dark, it’s strong, it’s a little bit wild, and it’s absolutely right for her.” Why, thank you, WitAndWicks for agreeing with me.

I happened upon my fourth pick by accident. I spotted a (not-strictly-YA, hero-inspired) candle called “Aw, Coffee, No”—and yes, the wax has a bit of purple in it—which led me to this London Fog candle from ChasingAStory.

The store doesn’t mention exactly which books inspire the candles, but when something is as delicious and, well, vague as London Fog, maybe it’s about what the scents remind you of. For me, the smell (bergamot, honey, tea leaves, vanilla, and jasmine) combined with the title transports me to the Victorian London of Y. S. Lee’s The Agency series, featuring the brave and whip smart detective Mary Quinn.

And, finally, what’s a badass YA heroine list without mi Adelinetta, the White Wolf of Marie Lu’s The Young Elites trilogy: 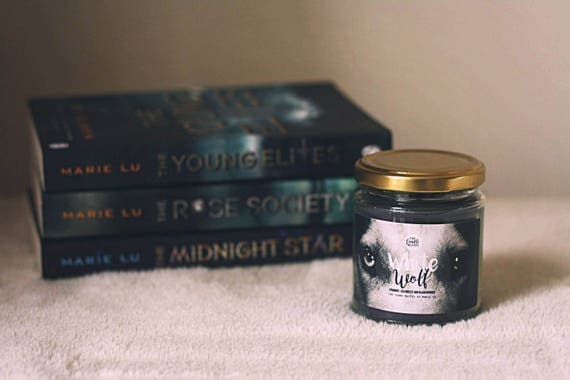 Okay, she’s not exactly a hero, but she’s unarguably badass. And even a badass anti-hero (turned villain turned Something Between Hero And Villain) deserves some love. This beautiful candle from twocandlethieves smells like jasmine, adventure on the high seas, and blackberry. It also looks pretty with its wax a black-as-Adelina’s-soul-kind-of-black. Adelina would approve.

My bonus pick is for a character I haven’t yet had the pleasure of meeting—Liesl from S. Jae-Jones’s Wintersong: 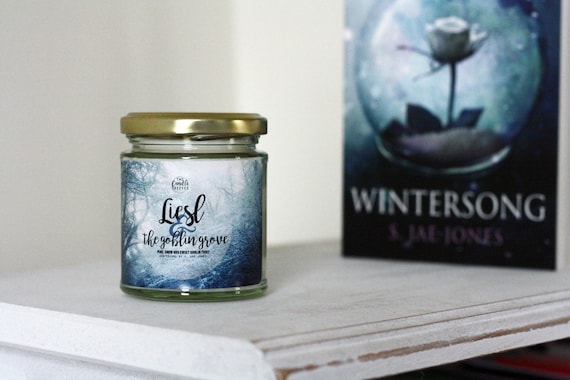 The book is meant to be an adaptation of my favourite weird movie The Labyrinth and honestly, I am kind of ashamed I haven’t picked it up already. Liesl & the Goblin Grove, also from twocandlethieves, is supposed to smell like “pine, snow and sweet goblin fruit”, which … I can weirdly imagine? And just imagining the scent makes me want to pick the book up. Which is pretty magical. Do! Want!