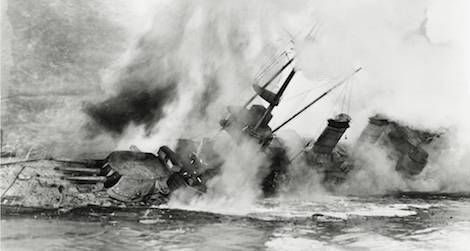 This post is sponsored by Before the Fall by Fargo creator Noah Hawley. 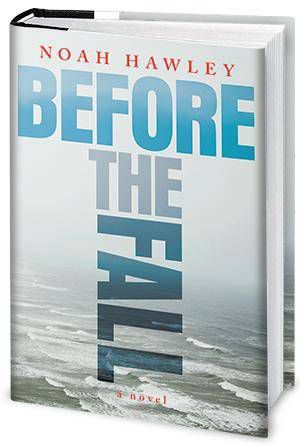 Before the Fall is a “compulsively readable, thrill ride of a novel,” raves Kristin Hannah of The New York Times Book Review.

On a foggy summer night, a plane carrying eleven passengers inexplicably plunges into the ocean. The only survivors are Scott Burroughs—a struggling painter—and a four-year-old boy, who is now the last remaining member of a powerful media mogul’s family. With chapters weaving between the backstories of the passengers, odd coincidences begin to point to a conspiracy, raising questions about the danger of an unchecked media and the randomness of fate.

I’m quite certain if you only read books about disasters, you would have more than enough books to last your lifetime. Earthquakes, volcanoes, tornadoes, explosions, crashes, war – terrible things happen all the time! I think it is only human nature to be curious about stories of resilience and survival. Take Before the Fall – plane crashes are very real things! Hawley spent a lot of time researching them so he could write the story accurately. The scene where the plane falls into the ocean is harrowing. And here are ten more great books about disaster – both true and fictional – to alarm and inspire you 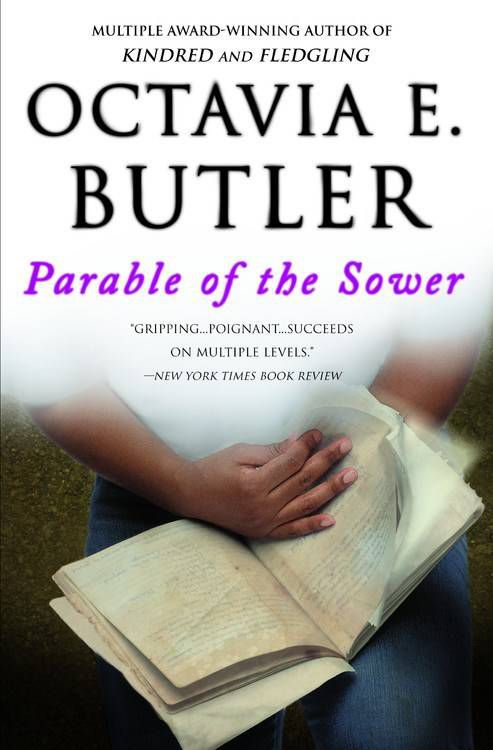 Set in a future America where the government has collapsed and anarchy rules (are you already getting panicky?), Butler’s novel centers around a young girl from a gated Los Angeles community who experiences hyperempathy (the ability to feel the perceived pain and other sensations of others). She starts a religion, called Earthseed, and sets out on a journey to spread the word across the chaotic nation after her family is murdered. 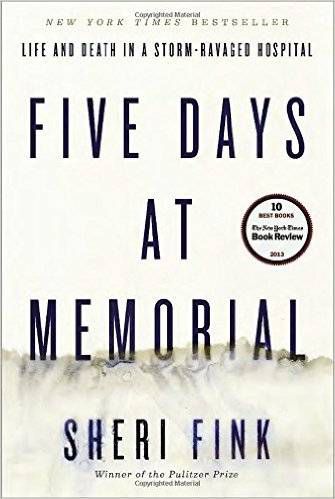 Five Days at Memorial: Life and Death in a Storm-Ravaged Hospital by Sheri Fink

A heartbreaking look at what happened inside Memorial Hospital during Hurricane Katrina. The storm waters moved so quickly, there was little time to get people evacuated, trapping staff and patients in what had first been assumed to be a safe spot from the storm. The heat combined with the flooding and power outage had devastating effects, and the decisions made by the people inside were called into question after the terrifying ordeal was over. 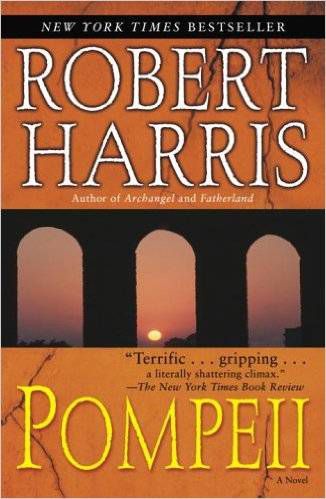 Harris weaves a fictional account of political corruption and violence in with the true story of Pompeii, the city that resided in the shadow of Mount Vesuvius and was buried under its ash. Set in A.D. 79, a young engineer must repair Pomeii’s aqueduct as drought threatens to ruin the city, but an even bigger disaster is waiting to happen – the eruption of the volcano. 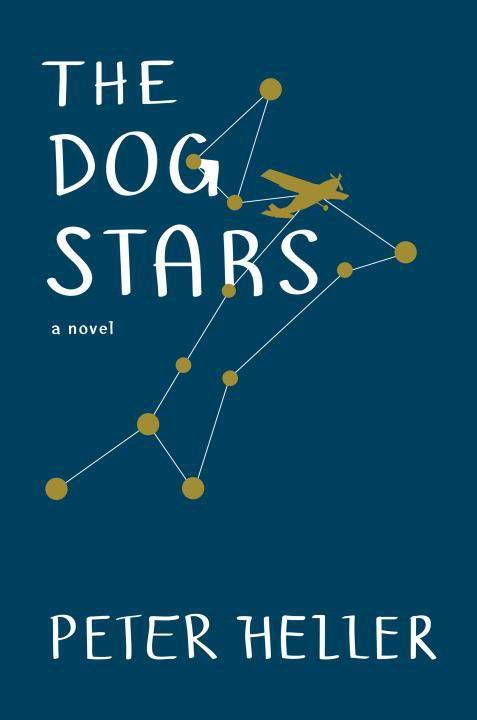 After a flu pandemic wipes out most of the people in the world, America becomes a very bleak place to live. Hig is living a meager existence in an airplane hangar with his dog, when a radio transmission from an airport gives him a glimmer of hope that there are more survivors out there. With nothing to lose, he sets out for the airport. Along the way he will discover for himself the horrors created from the devastation, and the beauty of a world devoid of humankind. 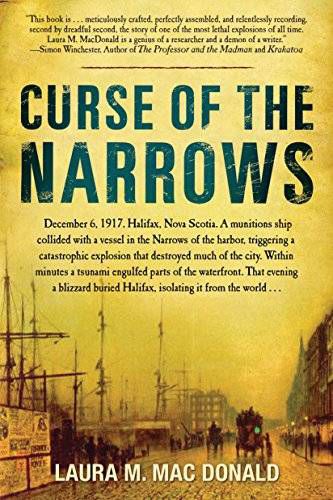 Curse of The Narrows by Laura M. Mac Donald

Two disasters in one! On December 6, 1917, a munitions ship traveling through Halifax, Nova Scotia, collided with another ship. The resulting explosion from the collision leveled parts of the town, throwing debris – and people – as far as a mile away. As the survivors struggled to find anyone left alive, a blizzard descended on the city and covered everything in several feet of snow. This is a harrowing, unbelievable story! 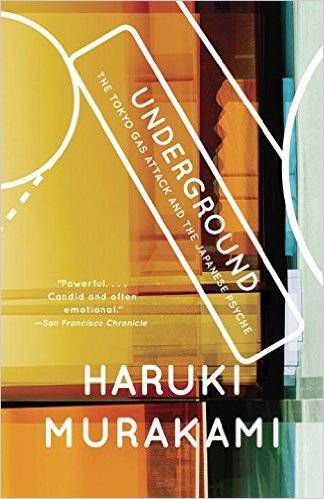 Murikami, perhaps best known for his novels, has writen a real account of a terrorist act in Japan in 1995. On March 20, 1995, five members of the religious cult Aum Shinrikyo carried out chemical warfare on the Tokyo subway system using sarin. Murikami has chosen to tell the story of the attack using interviews with passengers, subway employees, and even members of the cult. 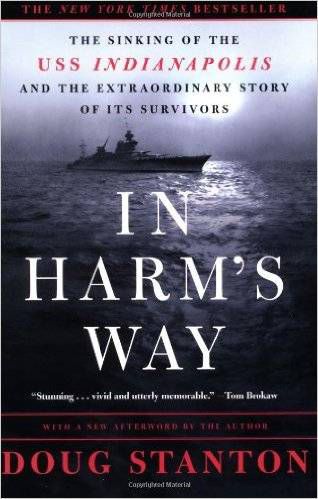 You know the scene in Jaws where Quint says, “So, eleven hundred men went in the water, three hundred and sixteen men come out, the sharks took the rest?” That’s based on the true story of the U.S.S. Indianapolis. The naval boat was returning from its secret mission – delivering parts for the first atomic bomb used on Japan – when it was torpedoed by an enemy submarine. Because very few people know the cruiser was out there, it was four days before anyone realised it was missing. That’s a lot of time to spend in shark-infested waters… This is an absolutely fascinating account of the devastating ordeal. 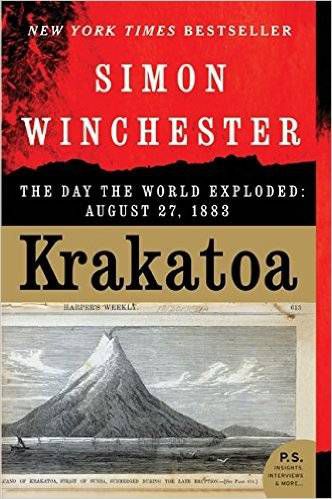 Krakatoa: The Day the World Exploded: August 27, 1883 by Simon Winchester

The true story of the eruption of the volcano-island of Krakatoa in 1883, which was followed by an immense tsunami that killed nearly forty thousand people. The disaster reached almost every continent in some way, and brought about political change – and bloodthirst. Winchester is a master of nonfiction, and this is a fascinating deep dive into Krakatoa. 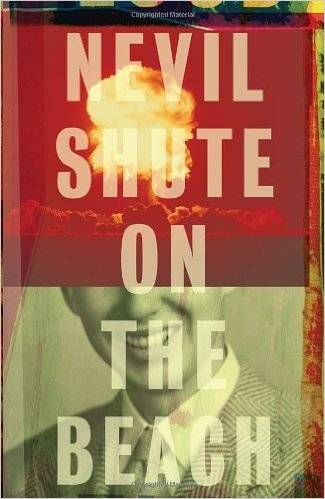 On the Beach by Nevil Shute

Credited with being one of the first novels to deal with the Earth after a nuclear holocaust, the book focuses on a group of survivors in Australia who are desperately searching for a sign that there are other people left in the world. When they pick up a weak signal coming from Seattle, they must decide if it’s worth risking their lives to find out. A gripping, terrifying novel, that still packs a punch sixty years after its publication. 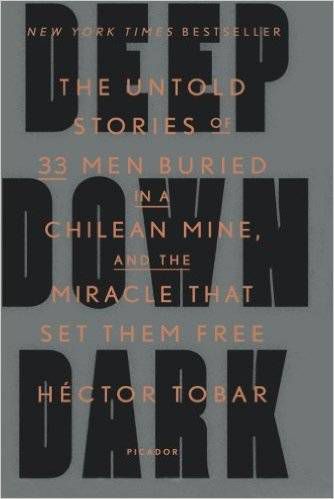 Deep Down Dark: The Untold Stories of 33 Men Buried in a Chilean Mine, and the Miracle That Set Them Free by Héctor Tobar

In August of 2010, the San José mine collapsed outside of Copiapó, Chile, trapping thirty-three miners beneath thousands of feet of rock for a record-breaking sixty-nine days. This is their story, told through the eyes of the people who lived it, about what it was like down in the dark, as well as a look at the poor economic and work conditions that indirectly contributed to the disaster. Not a great read if you suffer from claustrophobia.