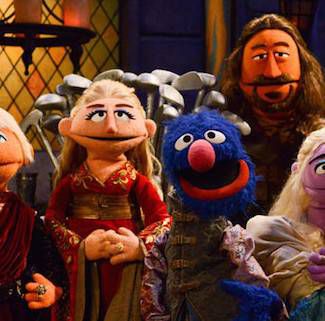 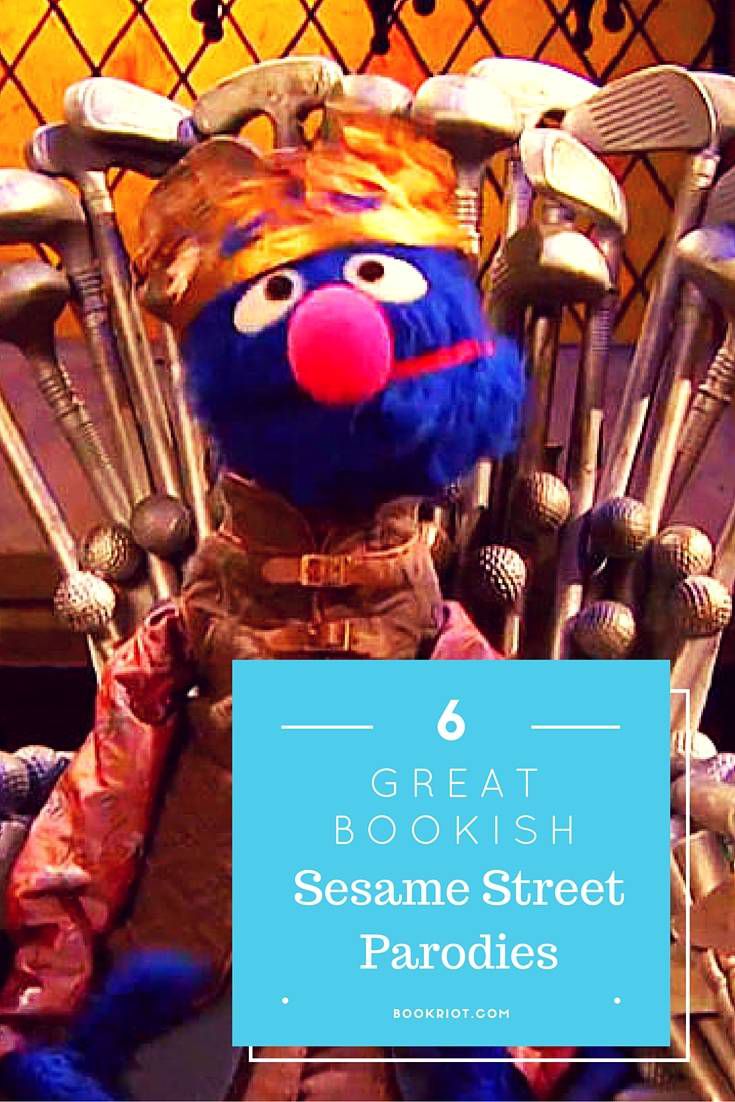 Since I’m not the parent of small children and therefore don’t spend a lot of time keeping up with kids television programming, I had no idea how good Sesame Street actually could be. We all got a reminder last week when the show helped celebrate the return of Game of Thrones with a spot-on parody called “Game of Chairs” where Robb, Cersei, Joffrey, and Daeneyrus compete to see who will sit on the Iron Throne of Jesteros.

Watching that video led me to a whole world of bookish parody videos from the folks at Sesame Street. Here are a few of my favorites:

Lord of the Crumbs

Cookie Monster must remember the recipe for “one dessert to rule them all” in order to save all of the cookies on Monster Earth.

Cookiness Evereat must work with her friends Finnicky, Tick Tock Lady and Pita to win the second Hungry Games. The muppet for Effie Trinket is my favorite thing.

“Jean Bon-Bon is a very sad French guy in pursuit of cookies dans les rues de Paris (in the streets of Paris).” I can’t beat that description.

The opening of this one is so reminiscent of the real opening for the True Blood series that I had to include it, even if the bookish connection is twice removed. Plus, Muppet vampires (err, Grouches)!

“Shortbreadward is a yumpire with a cookie thirst and Belly is the girl who loves him. The problem is that Shortbreadward does not know how to share his cookies with Belly. Will Shortbreadward ever learn to control his thirst? Or will Bacob, a wolf with better executive functioning skills, convince Belly to be with him? Find out in Twilight: Breaking Cookie!”