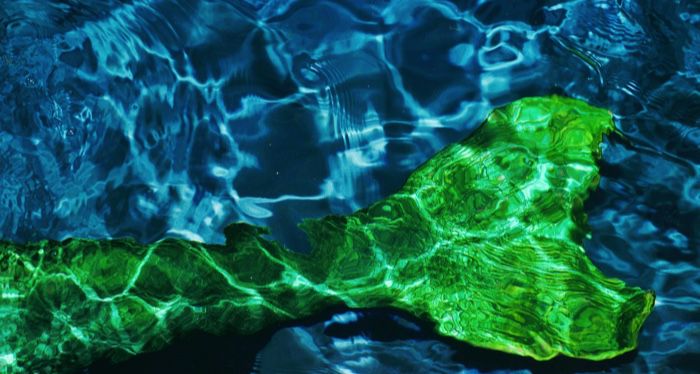 Every few years the fantasy winds shift and a new creature emerges as the fashionable It Monster. This is true particularly of YA fantasy, where trends mimic the churn of incoming and outgoing audiences.

Recently, as I turned the final page of Bethany C. Morrow’s latest novel, A Song Below Water, I realized what I truly want as the next big trend: fantasies with powerful, singing sirens.

In the world of A Song Below Water, magical creatures like sirens exist. Some are allowed to operate openly, revered for their gifts. Sirens are not. And it’s no coincidence that sirens are always Black women and girls. 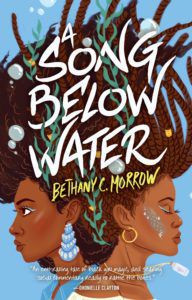 Sixteen-year-old Tavia is one such siren, forced to hide her identity and fight the call in her throat. She’s also a Black teen in “woke” white Portland, an experience that comes with its own forms of silencing. Her only true confidante is her best friend Effie, who battles the mysteries of her own identity while trying to help Tavia wrestle with hers.

Together, their story is a charming and fierce read, an ode to the bonds of friendship and an indictment of the world around them—and the world around us. And it feels perfectly right for this fraught moment. Sirens as a fictional metaphor, in fact, feel perfectly suited for this turbulent era.

Witches really have carried water for feminist fantasy tropes in recent years, and understandably so. If we use the distance and foreignness of fantasy to explore the unpleasantries of our own world, it makes perfect sense to populate them with women cast out and reviled for their power and expertise.

Sirens exist in a similar vein. In Greek mythology, they were dangerous creatures, feared for their mesmerizing voices, capable of luring sailors passing their island to a shipwrecked doom. They were enchantresses, a unique mythical cross between witches and harpies.

As with most characters in Greek mythology, the aims and ambitions of sirens seem to boil down to a basic mission: it’s satisfying to ruin mortal lives. Why did they lure men to their deaths? Literally no reason at all. Or at least no consistent reason. Ovid pegged them as Persephone’s guardians. Later writers layered on mythos that sirens would die if a mortal heard their songs without fatally heeding them.

These stories were written by men, men with imagination enough to concoct a race of powerful, deadly women but not to imbue them with any existence beyond their interactions with other men. If the men of legend manage to move on and progress through the story, those women with the pretty voices are useless. For the Greeks, sirens don’t get the best two-out-of-three. Hit it out of the park (and into that rocky coast) on the first try, ladies, or don’t bother.

Never you mind, of course, that there’s always going to be another boat full of men passing through on their way to conquer or “discover” lands unknown to them. Even now, there’s no shortage of men willing to poke a stick at the hornet’s nest—and then get mad at the hornets for stinging them. 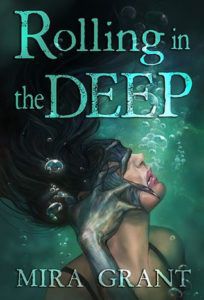 Though the story focuses on mermaids (the oft-confused cousin of sirens), Mira Grant’s Rolling in the Deep is a perfect illustration. When a human voyage descends into the Mariana Trench on the hunt for mermaids of legend, the crew members are surprised and deeply unprepared 1) for the mermaids to exist and 2) for the mermaids to have sharp teeth.

What I want for sirens in fantasy is what Grant (a nom de plume for Seanan McGuire) gives to mermaids: a chance for revenge.

A creature whose voice is her power feels particularly well-suited to our era of protest—to the #MeToo age. But there’s more to it than that. Sirens can serve as a more robust and intersectional vessel than just a tidy blanket feminism, something Morrow explores in A Song Below Water.

“I think sirens make sense [as a trend] in terms of literally being about women with powerful voices,” Morrow said in an interview. “But I think any conversation that doesn’t acknowledge the different stations of women from different racial backgrounds is disingenuous.”

In A Song Below Water, sirens are specifically, intentionally Black women. Should their voices erupt, these women aren’t merely ostracized; they’re collared, voices physically silenced. For those who must hide their identities like Tavia (whose name, by the way, is an homage to Octavia Butler), the silencing is implicit.

“This story began with the phrase, ‘My voice is power,’” Morrow said. “It began with the idea that—in real life, as a Black woman—my voice is and has power. And I said it in response to the misogynoir I was watching in real time, the vitriol and the rage directed at a Black woman for voicing an opinion/fact that people didn’t want to own up to.”

The use of the siren character in A Song Below Water “had to do with our impact and the way the world uniquely aggressively responds by trying to convince Black women that we are nothing,” Morrow said.

What could be more important for a YA novel than to uplift its audience, still forming beliefs about the world and the self? Any number of YA authors have used witches and covens to discuss the importance of self-truth and friendship. Morrow uses sirens to discuss the “life-saving reality of Black sisterhood.”

There are more stories to tell about that dynamic. There are different voices to hear. Sirens can shout those voices from the fictional rooftops.

The Mixed-up Files of Sirens and Mermaids

Over the years, sirens and mermaids have merged in our collective consciousness. Their unique traits and differences became—pardon the pun—muddied waters. Those shapely scaled tails? They belong to mermaids, not sirens.

The sirens of the Greeks were birdlike women with great talons and flapping wings, who dwelled on land. (In A Song Below Water, Tavia has a connection to the water, but she’s not of it.) Sirens’ power resided in their voices, not their coquettish aquatic bodies. Over the years, the siren’s destructive, seductive call has mingled with the mermaid’s own sea-bound beauty to produce a hybrid “murderers of the deep” blend. 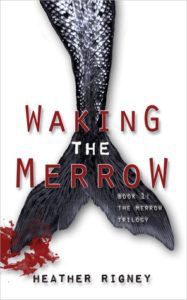 You can see that hybrid form in adult fantasy with works like Rolling in the Deep and Heather Rigney’s Waking the Merrow. And you can see it in YA fantasy with books like this year’s All the Stars and Teeth by Adalyn Grace.

Plenty of mermaids in fiction are friendly and fun; plenty are not. Some even work through complex issues of race and culture and history, as in The Deep by Rivers Solomon, which has as its mermaids the descendants of enslaved women tossed overboard.

Sirens come fewer and farther between in fiction. If they’re referenced at all, it’s usually in the context of Greek myths, as is the case in the Percy Jackson book The Sea of Monsters.

In YA, new imaginings of sirens are mostly non-existent. Besides A Song Below Water, Catherynne Valente’s The Orphan’s Tales series has full-throated, birdlike sirens. Alexandra Christo’s To Kill a Kingdom, a dark and vengeful rebranding of Hans Christian Andersen’s “The Little Mermaid,” meanwhile, uses the “siren” name—but as another “murderers of the deep” example.

To paraphrase a certain mermaid, I want more.

I implore the publishing industry: Give me more shrieking bird women in fantasy. Give me girls whose voices compel people to listen. Give me siren songs I can’t turn away from. I promise it’ll end better for you than it did for all those sailors.