I think it was Tina Turner who said, “Comics are simply the best. And, boy, do I have great legs also.” In that spirit, I celebrate the best of comics for the week that was and continues to be. At least, according to me, Panels’ Managing Editor, Paul Montgomery (That’s me).

Best Single Issue What I Read this Week – Batman #35
We’ve seen it countless times from any number of perspectives: Our hero suddenly finds themselves forced to do battle with their friends and allies. This time it’s Batman at odds with an unfriendly Justice League. It’s the stuff of schoolyard forums. And online forums. Who would win if Batman fought the Flash? Or Aquaman? Wonder Woman? Superman? That last one most of all. And how would they win? Greg Capullo slips the leash and delivers a veritable slobberknocker. It’s the kind of “big dumb fun” comics creators have revisited time and again. This time though? It’s smart. It’s one of Scott Snyder’s most inventively structured scripts to date (which is saying something), and almost certainly his most downright fun. Batman in a mech suit? Check. Clever gambits to take down each of his Justice League colleagues? Triple check. This one also takes home the trophy for Best Stealth Anderson Cooper Cameo. 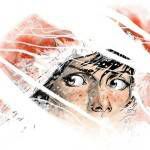 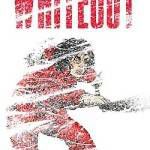 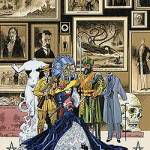 Best Instance of Arboreal Imprisonment – Wytches #1
Were Scott Snyder’s fertile imagination to manifest itself in the physical realm, it’d likely settle into an abandoned Russian amusement park. I was fully expecting his latest creation at Image to rattle my nerves, but the opening sequence of Wytches evacuated my body of all its bejesus. And it doesn’t stop at the noseless woman clawing at the knothole of her oaken jail. It’s that moment of harrowing betrayal and those words I’ll be contemplating as I take my evening walk along my local wooded parkway:

And is if the very concept weren’t spooky enough, Snyder teamed with an artist with the perfectly primal line. Jock renders the scene as nightmarish as possible with a quill plucked from the devil’s own inkwell. If I were a squirrel or an owl or whatever and I read this prologue, I’d be looking for new digs as far from the woods as my paws/wings could take me. These two are going to do for nature trails what Spielberg did for beaches and Hitchcock did for motel showers.


Yep. There are two instances of people getting imprisoned in trees this week, folks. If you thought Afterlife with Archie was creepy and irreverent, something wicked this way comes.

Best Comics TV Goodness of the Week – The Flash Pilot
The CW’s take on Barry Allen borrows more than a bit of the cinematic Peter Parker’s endearing stutter-step, with a leading man who even looks and sounds a little bit like Andrew Garfield. Whether intentional or not, it was a smart choice to crib a bit of Spidey’s exuberantly awkward charm, most palpable as Barry waxes frenetic on the virtues of a new particle accelerator to a bemused Iris West. Sure, the introductory rogue is as intense and surly as a possum, with just as much dimension, but he serves just fine as a literal force of nature. With a charming cast, Tom Cavanagh’s delightfully peculiar cadence (“Now, run, Bar-ry, RUN!”), and a refreshingly light tone, The Flash is my pick for most promising of the many capes and tights offerings in primetime.

But don’t take my word for it. Check out our recap.

Best Buddy Comedy – Hawkeye Vs. Deadpool #1
Trying to imagine any other scenario where Clint Barton is the straight man (outside of his alarmingly sober silver screen iteration). Nope.

Best Use of QR Codes Since they Became a Thing – Batgirl #35
It’s a pretty dope new chapter in the life of Barbara Gordon, courtesy of Cameron Stewart, Brenden Fletcher, and Babs Tarr. A dense issue replete with a complete caper, Batgirl #35 is impressively robust without ever feeling claustrophobic or rushed. Combat boots firmly planted in 2014, the hashtags and mustache wax might miff some, though that’s kind of the point. The New 52 is suddenly starting to feel…new.

Now, the most important bit: What did YOU deem simply the best this week?