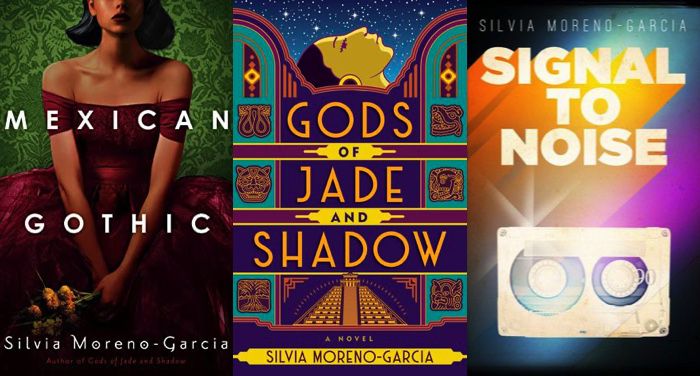 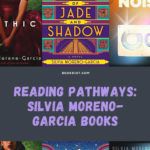 I’ve made it a bit of a book mission to proselytize the works of Silvia Moreno-Garcia. It’s not an overly difficult mission if the potential converts enjoy any kind of speculative fiction. Moreno-Garcia’s novels cross in and out of genres, marking each with the author’s signature touch: her headstrong heroines.

You’ve undoubtedly heard of the hero’s journey and its associated story archetypes. What I love about Moreno-Garcia’s novels is how they more often than not follow a distinctive heroine’s journey. You start with a willful female protagonist, beset by circumstances and placed in a (literal or figurative) claustrophobic setting. She is then sent ever downward—physically or emotionally—on a quest to realize her full self.

Moreno-Garcia writes women I want to read—and women I want to be. That she so often does it in an ever-evolving Mexican setting makes her work all the more interesting and, sadly, unusual. In her hands, Mexico is as changeable, unknowable, and headstrong as her heroines. In her stories, Mexico is quite often a character too.

If you’re new to the Silvia Moreno-Garcia hype train, you’ve got six genre-diverse novels (and counting) in store, as well as a litany of novellas and short stories. To get you started, I’ve got a recommended reading order for your journey through the many and varied worlds of Moreno-Garcia’s novels. 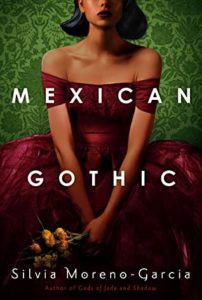 There is no need to save the best for last. And, in my humble opinion, Moreno-Garcia’s latest novel is her best to date. It’s modern gothic horror at its finest, a speculative Rebecca set in the 1950s Mexican countryside. The star is Noemí Taboada, a Mexico City socialite who is a perfect representation of a Moreno-Garcia heroine. Noemí is stubborn, sure of herself, and an anathema to the traditional culture around her. A strange letter from her cousin Catalina summons Noemí to High Place, the remote estate of Catalina’s well-to-do in-laws. Noemí is there to rescue Catalina, but from what exactly remains out-of-focus until the creepy and bizarre denouement. 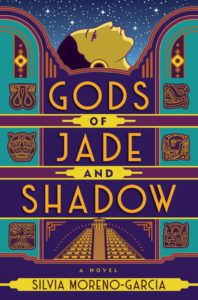 Gods of Jade and Shadow

Throughout her works, Moreno-Garcia plays with appearances. What seems glitzy or otherwise appealing on the surface is exposed for its unsavory core. In Signal to Noise, that’s magic. In Untamed Shore and Mexican Gothic, it’s wealth. And in Gods of Jade and Shadow, it’s Jazz Age Mexico. To demonstrate Moreno-Garcia’s range, I suggest you pick up this classic quest story after you finish her newest horror novel. Casiopea Tun lacks the status and cash of Noemí Taboada, but they share a sense of being constrained by their stations in life. Casiopea is a Cinderella figure, scorned by her extended wealthy family. She dreams of adventure far from her small town, and she gets it rather unexpectedly when she opens a wooden box and releases the imprisoned Mayan god of death. 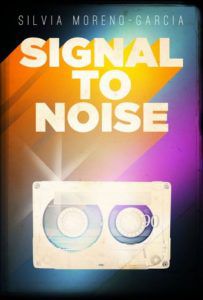 Moreno-Garcia’s debut breaks with the pattern of the previous two novels mentioned here. It reveals its story through two perspectives: childhood best friends Meche and Sebastian. This is a coming-of-age story with (literal) notes of magical realism. Flashing between 1989 and 2009 in Mexico City, Signal to Noise chronicles the various childhood hardships of Meche, Sebastian, and their friend Daniela, leading up to the year that severed their friendship. That was the year Meche discovered she could cast spells with music—discovered that vinyls had the power to heal and also to hurt. 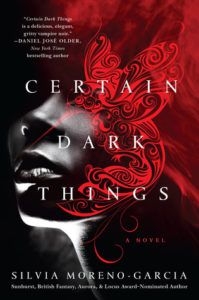 Vampires are often not my preferred creature feature. But I inhaled this book of rival vampire gangs in a gritty modern Mexico City. Released in 2016 to much acclaim for its unique urban fantasy setting and incorporation of Aztec mythology, Certain Dark Things has been out of print since. Fortunately for you, Tor’s new horror imprint Nightfire is resurrecting the novel with a paperback release in 2021. If you’re able to get your hands on a hardcover before then, I suggest reading it back-to-back with Signal to Noise. Of Moreno-Garcia’s novels, these are the two most interested in the relationship between two central characters. That they both happen to feature a flawed, hardened-by-the-world female protagonist and a tender, supportive male character is all the better. 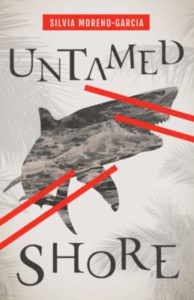 Viridiana is another quintessential Moreno-Garcia heroine: stubborn and suffocated by her Baja California town and intrigued by the sheen of a wealthy tourist family. But Untamed Shore is an unusual outing for the author; this is a thriller noir, with no speculative elements involved. If you’ve read Gods of Jade and Shadow by the time you pick up this one, you’ll see a lot of parallels between Casiopea and Viridiana, a small town teen hired to translate for three American tourists. But Ambrose, Daisy, and Gregory do not live the glamorous, blissful life they seem to. As she’s drawn into their intoxicating circle, Viridiana discovers this and the lengths they’ll go to take care of themselves. 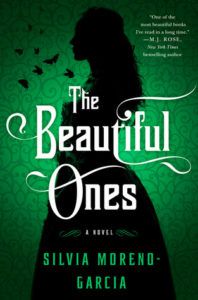 I saved this fantasy of manners for last not because it’s least, but because it’s the biggest departure from Moreno-Garcia’s usual settings and subjects. But it still retains her style and her hallmarks in the form of Antonina Beaulieu, smashed into the ill-fitting role of socialite by her high-society family. It’s Nina’s first Grand Season in Losail, a city akin to Belle Époque Paris. But Nina’s more interested in science than socializing. She’s also telekinetic, and most would find her powers less than ladylike. Enter Hector Auvray, the famous telekinetic showman who has his own secrets to keep. This is, at once, classic Moreno-Garcia and a refreshing fantasy holiday.

Curious to explore the catalogs of other authors? Check out all of Book Riot’s curated reading and listening pathways.