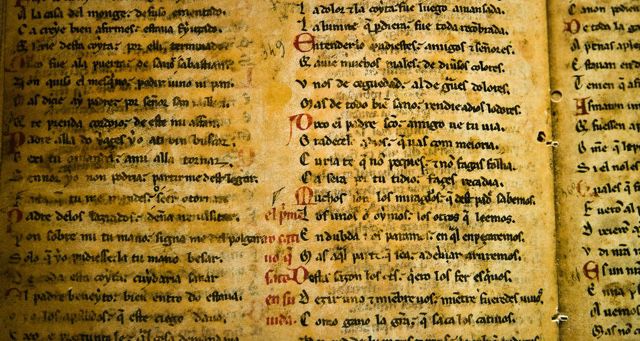 Critical Linking, a daily roundup of the most interesting bookish links from around the web is sponsored by Blindside by James Patterson.

“The purse is plenty pretty on the outside: emerald silk, embroidered with dainty yellow, purple, and peachy-pink blooms, arcing out of metallic vases. But things get more interesting when one pries the lustrous little parcel open. Between the seams and under the stitches, there’s something faded and faint, but unmistakable: a blue “Q” tucked between two stems, a stylized red “M” near one edge, rows and rows of tidy, brownish letters. In the belly of the bag, where one might expect just fabric, there is instead text—four parchment fragments, cut from a medieval manuscript.”

“Every assistant with literary dreams, sifting through the slush pile, can now focus on the tale of Zakiya Dalila Harris, a former Knopf assistant editor who just sold her debut novel in a seven-figure deal.

The Other Black Girl—a cheeky blend of horror, suspense, and cultural commentary that sends up the industry the 27-year-old used to work in—has been acquired by Atria’s Lindsay Sagnette after a 14-bidder auction. Pitched by agent Stephanie Delman as “Get Out meets Younger,” the novel, which became a hot commodity shortly after hitting the desks of New York editors late last month, is now likely to be the talk of the upcoming London Book Fair, where foreign rights to it will be up for grabs.”

Get Out meets Younger—shut up and pump this into my brain RIGHT NOW!

“The Golden Crown Literary Society’s annual conference is the premier lesbian literary event for both authors and readers. In a different city each year, the event brings together readers, fans, writers, editors and publishers to celebrate the best in lesbian-themed literature.