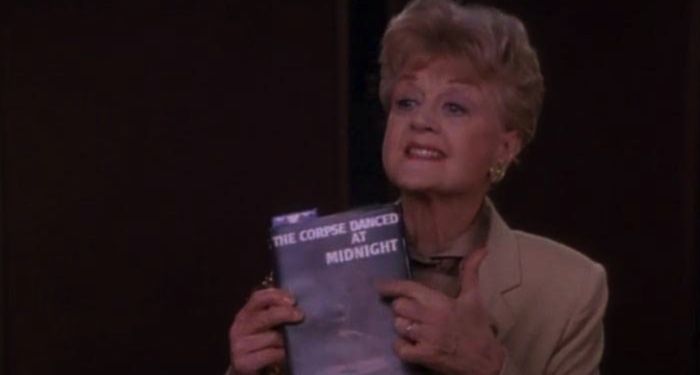 In the real world, solving murders is the domain of detectives and police officers—y’know, people who have actual training in that sort of thing. But in the wonderful world of fiction, everybody and their brother has the makings of an amateur sleuth. Whether you’re a doctor, a gardener, an ex-PR agent, a random teenager, or a rich couple with too much time on your hands, you too can follow the clues and bring dangerous killers to justice!

Writers aren’t about to be left out of the bloody fun, no matter their age or gender. In fact, if television is any indication, older female mystery writers are especially adept at catching murderers. And why not? They’re used to figuring out how criminals act, and no bad guy ever suspects the sweet if overly curious old lady is capable of exposing their evil deeds.

Over the past 50 years, there have been at least three TV shows that revolve around this very premise. That may not seem like a lot, but given the specificity of the concept, it’s kind of surprising that people keep going back to the same tiny well for inspiration. People must really like watching crime-obsessed senior ladies. As you may imagine, these shows are all very white, and I’d love to see a more diverse version of this idea. Still, the shows we do have are lots of fun, and I hope they brighten your day! 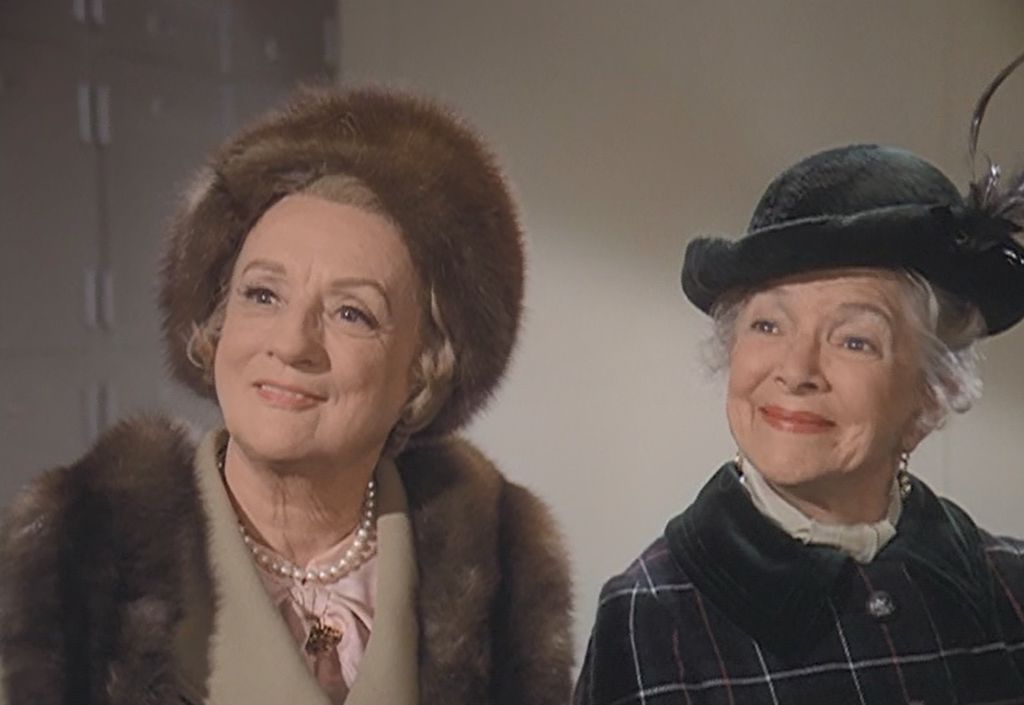 With a last name like “Snoop,” what else could these clever and mischievous ladies be but crime-busting busybodies?

Starring acting legends Helen Hayes and Mildred Natwick, The Snoop Sisters follows the adventures of Ernesta Snoop, a crime novelist, and her sister/sidekick Gwendolyn. Neither of these determined ladies can resist insinuating themselves into every mystery they come across. This makes their police officer nephew and their ex-con bodyguard/chauffeur very, very tired. But the Snoops refuse to let anything stand in the way of solving a case, whether it be well-meaning men, their own advanced age, or their inability to drive without causing terror throughout New York City.

This series was tragically short-lived, with a mere five movie-length episodes produced from 1973 to 1974. Fortunately, the stellar cast and the pure lovability of the main characters make what little we do have top-notch entertainment. Except maybe the cult episode with Alice Cooper. That was kinda weird. 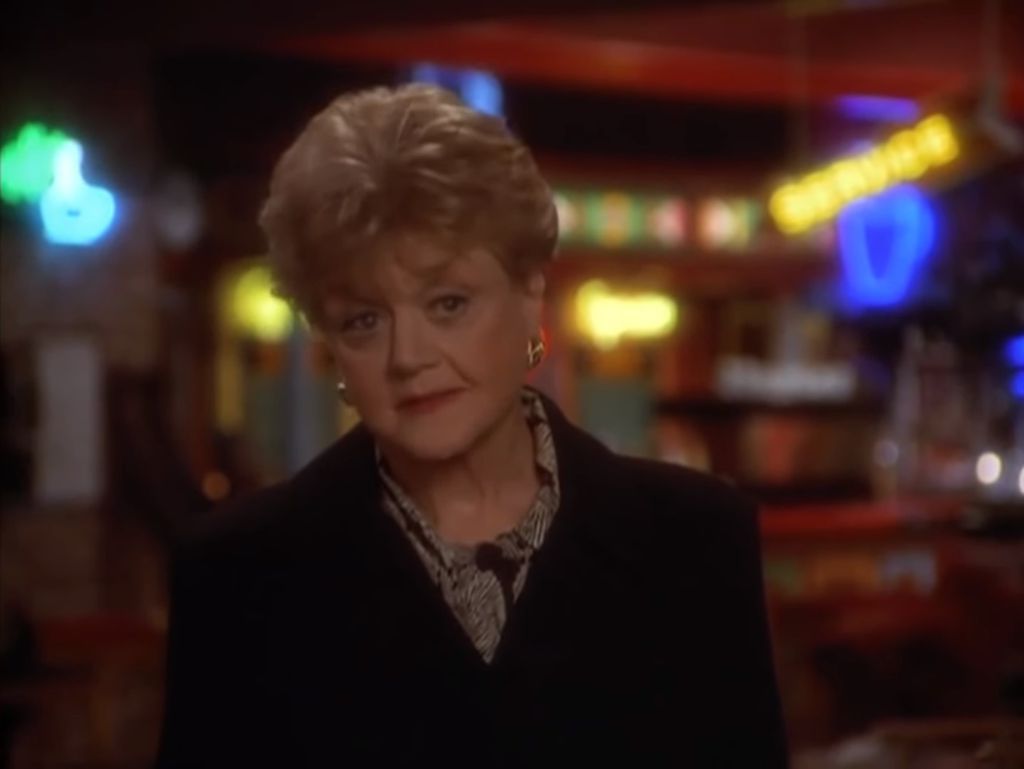 The moment you read the phrase “older women writer-detectives,” your mind instantaneously conjured memories of this show. Inspiring Donald Bain’s novel series of the same name, Murder, She Wrote featured every actor you’ve ever heard of at some point during its seemingly eternal (1984 to 1996) run. At least half of what I like about this show is being able to point at the guest stars and go, “Hey, I know you!”

Angela Lansbury plays Jessica “J.B.” Fletcher, who calls the not-so-quiet town of Cabot Cove, Maine, home. But she isn’t there all that often: as a successful murder mystery writer, she travels the world conducting research and, of course, solving murders, often for friends who have been unjustly accused of a crime. If it were anyone else, I’d be suspicious of the number of people Jessica knows who have become murder suspects, but c’mon. Look at that face. Doesn’t it make you want to trust her implicitly? She also kicked Magnum PI’s shorts-clad behind this one time, so that was neat. 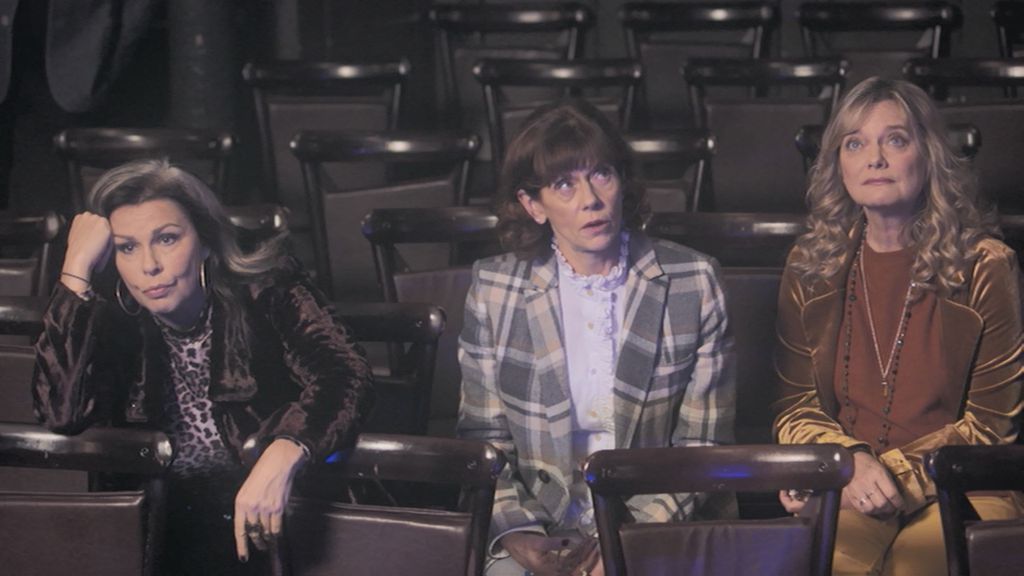 This British series debuted in 2019 and allegedly follows a young detective sergeant, Matilda Stone. But it amply qualifies for this article thanks to Matilda’s three nosy aunts—impetuous Cat, nerdy Jane, and practical Beth—all of whom write mysteries. They also run a bookshop, Murder Ink, which sells nothing but mystery books and which I would like to visit immediately.

Despite constant warnings from Matilda’s boss to stay out of the way, these irascible ladies always end up giving Matilda a hand. The skills acquired from their many years as mystery writers serve the Stone sisters well as they sneak their way around (and into) crime scenes in their picturesque hometown of Wildemarsh.

But this series has more at stake than a few bludgeonings and stabbings. The reason Matilda became a police officer was to find out what happened to her mother, who disappeared decades earlier. And Matilda’s aunts know more about the disappearance than they want to admit…

As of now, Queens of Mystery has only had one season (and, this being a British show, that season was six episodes). With any luck, we’ll see more of the sensational sleuthing Stone sisters someday soon!