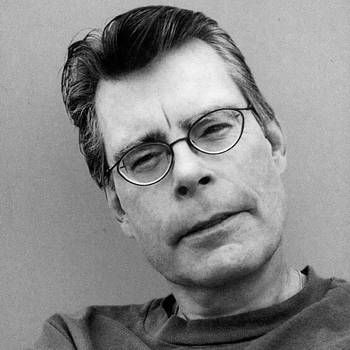 Sometimes it’s interesting to watch a fight. That’s even more likely to be true if the fight is a literary one. A particularly interesting literary battle, one close to my own heart, has been playing out on the pages of the website Salon over the past couple days, and the author standing at the center of the controversy has become one of the most divisive figures in American publishing: Stephen King. How did someone so warmly received by the public, someone who is such a fixture of American book culture, come to be so controversial?

The name King is pretty much synonymous with American Horror Writing. He’s made millions off of his book and their film adaptations. He’s been published in such high-minded periodicals as The New Yorker and has garnered praise from The New York Times. He’s won acclaim from venerable literary organizations as well, like from the National Book Foundation in 2003. King is as much a staple of American culture as are non-human entities like Coke, The Loony Tunes, and Ford Trucks. You could say that he’s as American as apple pie. Or the electric chair.

But to some critics, that’s the problem. Or, to be more precise, many literary critics equate cultural ubiquity with lower standards. And in a general sense, they’re right. The whole point of creating literary standards is to separate the elite authors from the mediocre. Ignoring for the moment that every critic has their own standards, which always include their own biases, it’s easy to accept the concept that there are books that are literary and books that are entertainment. At their best, books are both of these things. But what seems to be left out of this overly simple demarcation are the demands of the reader. And in King’s world, the reader is, well…king.

Dwight Allen, originally writing in the L.A. Review of Books, takes King to task for not being up to snuff. Or, what he really does, is take his literary-minded friends to task for giving King more credit than Allen thinks he deserves. This all comes up in a conversation he has with his wife (not a critic, she works in the medical field), and they begin discussing why readers read the kind of fiction that they do. Allen generously (I’m not being sarcastic here) allows that what he’s looking for in a book might not be what everyone else is. He admits to being a “high-maintenance” reader and that he wants every sentence to be true and beautiful. He then goes on to recount his horrible experiences of trying to read King. So much cliché and trudging, he claims, and so boring.

Fair enough. Dwight Allen doesn’t enjoy reading Stephen King. But it was the end of the piece that struck me as a little cynical. When talking about the publishing business being just like any other business, biased towards market-driven value, fueled by politics, etc, Allen is basically making the impossible case that an infrastructure he feels lacks credibility is granting said credibility to an author that he doesn’t like. As the English used to say, it’s a bit of a bad show.

Things weren’t improved by Erik Nelson’s response on Salon. Nelson accuses Allen of a variety of thought crimes, including but not limited to: professional jealousy, snobbery, elitism, and ignorance. His tone is shrill and his metaphors are quite literally laughable (“…Allen should have read, before trying to set this straw man on fire with his woefully wet matches.” “…work worthy of more than a drive-by shooting by a lazy marksman.”). Most of Nelson’s criticisms were off-mark themselves. He never defends King’s work on any basis other than: 1) He enjoys reading it 2) Other people enjoy reading it 3) He is a JFK documentarian and can attest to the accuracy of King’s last novel, 11-22-63. I know I sound mean when I say this, but the kind of defense King should get from accusations of being a bad, stupid writer, probably shouldn’t come from one of the same. Because he’s not, and he deserves more than that.

In other words, I think both Allen and Nelson are wrong. Allen is wrong because he’s too vague in his criticism about the criteria he uses to judge the literary merit of King. Sentence by sentence, King may not be a David Foster Wallace. But as a storyteller, isn’t he one of the best? Don’t his trenchant social criticisms have literary value? And Nelson is wrong because he defends King using the same material that Allen uses to criticism him with. No, being popular does not make you good. Or at least that’s what a banner hanging in my sixth-grade classroom told me.

It seems like these semi-annual “should I feel bad about reading Stephen King?” battles are getting a bit out of hand. Snobs: your standards are not objective. King Defenders: don’t be so insecure. These arguments always seem to bring out the worst in people, because it really becomes a war about your identity as a reader. But who cares who considered which author to be what? Sit down and read and enjoy.