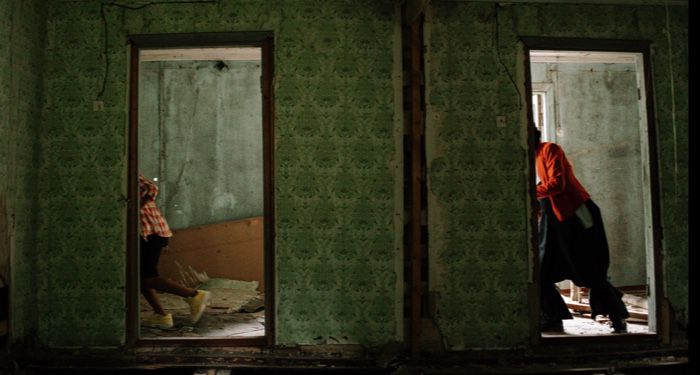 Scream — the film that made meta horror what it is today — is turning 25 this year, and the fifth movie in the Scream franchise is hitting theaters early in 2022. Between that and the resurgence of horror novels featuring characters who are familiar with horror tropes, I’ve been thinking a lot about genre-savvy protagonists in horror fiction.

If you’re a fan of horror, you probably consume these movies and novels by placing yourself in the position of the protagonist. In other words, you’ve probably asked yourself if you would behave the way the protagonists in the story do. If you heard a scream or a strange noise, would you go check it out, or would you call for help? If you and a group of friends were lost in the woods, would you split up or stick together? If someone was in your house, would you run upstairs or out the front door?

A lot of times with horror fiction, the protagonists don’t act the way us horror fans would because they’re not familiar with the genre. They live in a world where they haven’t had to consider what they would do if a slasher terrorized their school or if a vampire moved in next door. But us horror fans? We’ve considered the possibilities, we’ve weighed out our options, and we’ve come up with plans.

Genre-Savvy Protagonists Place the Reader in the Story

This one is a given based on what I’ve already said, so let’s go ahead and get it out of the way first. Genre-savvy protagonists are an obvious way to place the reader in the story. If you, the reader, are a horror fan, then you’ll relate to characters like Jade Daniels in My Heart is a Chainsaw by Stephen Graham Jones. Like you, Jade loves horror movies. She makes references to slashers and final girls throughout the story. So when she realizes she’s in the center of her own horror story, she knows exactly what to do.

We as readers (and as people) like seeing ourselves in the stories we read, whether we want to admit it or not. That’s partially to do with the fact that we’re all a little (yes, even you) self-centered. But also, it’s easier to get lost in a story when you read and think, “Yes, this character is acting the way I would if I were in this situation.” Horror fans in horror stories act like we would in a horror story because they know the rules, just like we do.

It always kind of irks me when I read a story set during contemporary times and they just act like pop culture doesn’t exist. This is one of the many reasons I loved Tiffany D. Jackson’s horror novel White Smoke. As the characters experience events that make them think of horror movies, they reference them. Marigold mentions The Conjuring, for instance. Or when they set up cameras in their house, the characters point out that this is just like Paranormal Activity. Even though Marigold fell asleep halfway through the movie, she gets the reference. If a book is set in our current year and characters are acting like they don’t know what Paranormal Activity and The Conjuring are? That’s sort of unrealistic. Unless part of that character’s story is that they’ve been living under a rock for the past 14 years. Yes, the first Paranormal Activity movie came out 14 years ago. Yes, I am old.

Let’s set the scene. You’re reading a horror novel. The characters are doing all the things you would do, and yet they’re still being haunted by ghosts or possessed by demons or stalked by a relentless killer. You’re watching and thinking to yourself, “Well, I don’t know how I would get out of that situation either.” That’s freaking scary.

Look, when you read a horror novel, obviously you want to be scared. But exactly how scared? Admittedly, one of the cheap thrills of horror books and movies is watching something bad happen to a character and then thinking to yourself, “Ha! That would never happen to me, because I would know not to do XYZ.” Don’t lie. You know it’s fun to feel like you’re better than the protagonists in the books you’re reading sometimes.

But when they’re doing everything right and you can’t feel superior? It’s a little deflating, right? Cordelia (or “Red”) in Christina Henry’s The Girl in Red knows how apocalyptic horror works because she’s seen the movies. So when she finds herself in an apocalyptic wasteland, that should be no problem, right? Wrong. There are some horrors you can prepare for, and some that are more difficult to outrun. Does that make this book scarier? Absolutely. Is that a good thing or a bad thing? Again, it just depends on how scared you want to be.

You know how sometimes you read a book about zombies, and you think to yourself, “Dang, how do these people not know these are zombies? All the signs point to zombies!” But it’s like no one in that world has ever heard of a zombie before? Annoying, right? And unrealistic. Everyone knows what a zombie is.

But then sometimes stories go all the way in the other direction, and that can become unrealistic too. For this one, the first thing that comes to mind is a movie: The Dead Don’t Die. In this movie, Adam Driver’s character keeps saying that clearly they’re dealing with zombies because they’re in a zombie movie. In fact, in the scene linked here, Bill Murray asks Adam Driver how he knows everything, and Adam Driver responds, “I know because I’ve read the script…Jim gave me the whole script.” Here he’s referencing the fact that they’re in a movie and that the director is Jim Jarmusch.

There’s awareness and then there’s awareness. When a character is aware that there are zombies, great. When a character is aware they’re in a movie, well, that definitely takes you out of the movie. Of course, that’s the point of a movie like The Dead Don’t Die, so it either works for you or it doesn’t. But either way, it definitely makes the story less realistic. I’m not worried about the zombies in this story being real, because I’m constantly reminded I’m watching a movie.

The Genre-Savvy Protagonist Always Gets Tripped Up

This is another one that’s really a pro and a con. It’s a pro for the reader, I think, because it makes for a more interesting story, but it’s most certainly a con for the protagonists themselves. One of the reasons horror stories implement the genre-savvy protagonist (which has become its own trope at this point) is to ultimately show them that not even knowledge of the genre can save them.

If you’re going to have character who points out the tropes of a genre, you need to be able to prove them wrong, to show them that your story is different. This very famously happens in the Scream films to multiple characters. And without spoiling anything, another thing I loved about White Smoke is that Marigold thinks she knows what was going on in her house because she’s seen all the horror movies. But her expectations lead her in the wrong direction.

Of course, all of this makes for a more compelling story for the reader. But for the protagonist? How frustrating.

Should Horror Protagonists Be Genre Savvy?

So should horror protagonists be genre savvy? A lot of that depends on personal preference. And as I’ve pointed out, there’s a wide range of genre-savviness. There’s the slightly savvy, like Marigold in White Smoke, and then there’s Adam Driver in The Dead Don’t Die. Generally speaking, I think genre-savvy protagonists make for a more complex horror story that’s more fun to read, lets you put yourself in the narrative, and is potentially much scarier. So I’m all for it!

Do you love meta-horror? Then you might also like books like Paul Tremblay’s Growing Things, Carmen Maria Machado’s Her Body and Other Parties, or Kill Creek by Scott Thomas. If you’re looking for even more horror recommendations, check out this list of horror book/movie pairings. Or build a team of monsters to find your next horror read. Happy reading, horror fans!