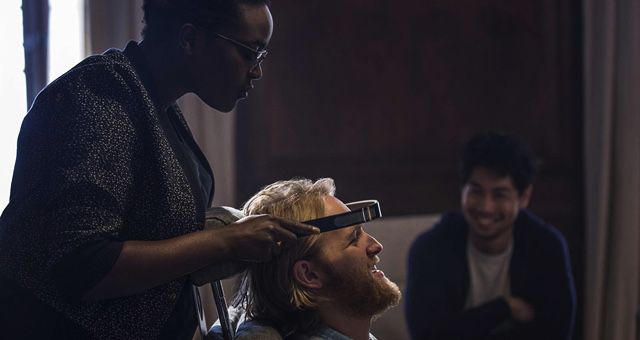 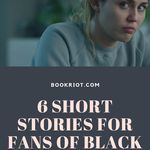 Reminiscent of The Twilight Zone, Black Mirror has become something of a dark favorite over its five season run so far. But with short seasons and long gaps between releases, it’s easy to be left wanting more. It’s the perfect show for those of us with little time. Each episode is a single story, unrelated to the others, except perhaps for inconsequential (but fun Easter egg–like) self-references. It’s the kind of show that hurts so good. I’ve pulled together a list of short stories for fans of Black Mirror, so you can keep the tech horror going at all times. 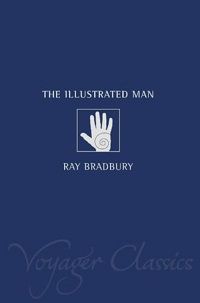 “The Veldt” by Ray Bradbury

In the same classic vein as Black Mirror, “The Veldt” shows how technology that is seemingly the stuff of dreams can go terribly, terribly wrong. The Hadley family lives in what today we’d likely refer to as a smart home—anything that needs doing, the home does, including babysitting. The nursery keeps the children entertained for hours and hours, bringing any place they can imagine to life. When the children’s parents become concerned with the violent African wildlife scene the children conjure, they bring in a psychologist. But it may be too late, and the nursery may be more lifelike than it was ever intended to be. Read it in The Illustrated Man. 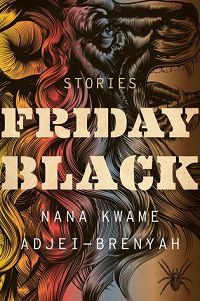 “The Era” by Nana Kwame Adjei-Brenyah

“The Era” describes a sterile sort of world in which parents have for some time been able to “optimize” their children prior to birth. Ben’s older sister benefits with a strong streak of ambition, but she makes Ben’s life miserable. It only gets worse when Ben is restricted on the amount of Good he can receive, pushing his experience back to the old days, when people had to face the less pleasant aspects of life. But going through life without Good could be disastrous and relegate Ben to the ranks of the shoelookers, who spend their days moaning and in tears. Find it in Friday Black. 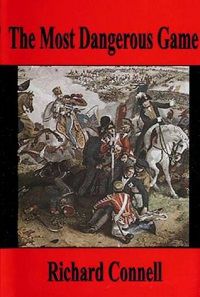 “The Most Dangerous Game” by Richard Connell

In a combination of the ideas of African safaris and “survival of the fittest,” Connell introduces readers to a big-game hunter named Sanger who falls overboard while at sea with a friend. Before long, Sanger encounters Ship-Trap Island and the enormous mansion of General Zaroff. Sanger’s reputation precedes him and Zaroff is pleased to meet the famed hunter of the snow leopards. Zaroff enjoys hunting himself, and explains to Sanger that his interests have shifted to more human subjects who pose a greater challenge—with three days to escape from Zaroff, a number of men have met their ends on Ship-Trap Island through his most dangerous game. Cornered, Sanger agrees to be hunted with his only alternative certain death. But can he make three days before Zaroff makes Sanger his trophy? Read it in The Most Dangerous Game. 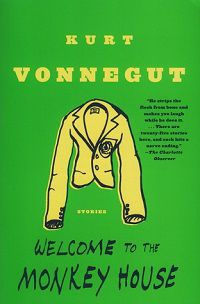 In 2081, all humans are equal. And if they’re not, then they’re made to be. That’s the law of a number of amendments and enforced by the Handicapper General’s agents, who impose “handicaps” on those who are gifted with qualities that are more-than. For young Harrison Bergeron, who is naturally athletic, brilliant, and good-looking, this means he is equipped with a number of limiters to make him slower, less intelligent, and ugly. With so much going for him, Harrison is imprisoned by the government but when he manages to escape, the act is broadcast into homes everywhere—including that of his parents. Limited by “handicaps” themselves, his parents can’t quite catch on that it’s their son running away from prison and soon, Harrison’s state will be a matter of life and death. Read it in Welcome to the Monkey House. 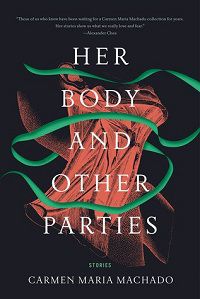 As a deadly epidemic sweeps through the United States, the narrator recounts her sexual encounters over the years by way of describing how the illness obliterated the country’s population. As the narrator increasingly isolates herself to avoid contagion, she considers the impact of humans on the earth and whether their existence is necessary. Each sexual partner seems to reveal something about the narrator in quiet terms, the slow and creeping horror of the narrator’s situation sneaks up on the reader in the same delicious manner a Black Mirror episode does. Read it in Her Body and Other Parties. 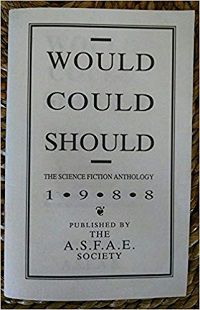 “The Pain Addict” by Valda Peach

Featured as part of Black Mirror’s “Black Museum,” this short story is, in some ways, even more disturbing than its adaptation. Armed with the technology to assist him in feeling the pain his patients do, a doctor can easily pinpoint and diagnose his patients’ ailments. The doctor soon becomes obsessed with the feeling of pain and begins prolonging the discomfort of his patients to increase his enjoyment. This turns to more sinister acts, and “do no harm” is long forgotten as the doctor spirals into darker and darker attempts to satisfy his need for agony. Read it in Would Could Should: The Science Fiction Anthology 1988.

You might wish to read these six short stories for fans of Black Mirror in analog—you never know when your ereader might be plotting to kill you!