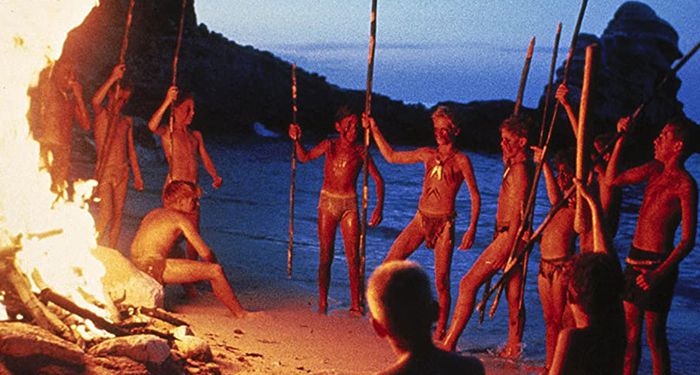 Critical Linking, a daily roundup of the most interesting bookish links from around the web is sponsored by Custom House Books, publisher of Catherine House by Elisabeth Thomas.

“The article did not provide any sources. But sometimes all it takes is a stroke of luck. Sifting through a newspaper archive one day, I typed a year incorrectly and there it was. The reference to 1977 turned out to have been a typo. In the 6 October 1966 edition of Australian newspaper The Age, a headline jumped out at me: ‘Sunday showing for Tongan castaways’. The story concerned six boys who had been found three weeks earlier on a rocky islet south of Tonga, an island group in the Pacific Ocean. The boys had been rescued by an Australian sea captain after being marooned on the island of ‘Ata for more than a year. According to the article, the captain had even got a television station to film a re-enactment of the boys’ adventure.”

If Lord of the Flies left you wondering what would really happen if six boys were deserted alone on an island here you go.

“Pairing Gene Kelly—or Hollywood stars in general—with food or recipes is nothing new. For Dinah Shore’s celebrity cookbook, Kelly offered up his recipe for coq au vin. Rosemary Bradley features Kelly’s ‘I’ll Be Right Back’ Shrimp’ in her Treasury of Favorite Recipes. Finally, here is Kelly tap-dancing a recipe for linguini (yes, you read that right) on The Danny Kaye Show (1963-67).

To accompany Gene Kelly’s coq au vin, here are 10 more recipes from stars of Hollywood’s classic era, as found in Frank DeCaro’s book The Dead Celebrity Cookbook: A Resurrection of Recipes from More Than 145 Stars of Stage and Screen.”

“Nicholas Love’s Penguin Classics cover generator lets you upload an image and set type in humorous imitation of the label. It can also do the similar but inverted Oxford World Classics look. But sadly not the classic classics look.”