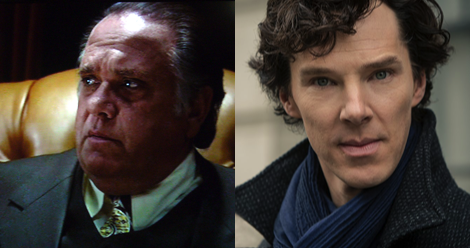 To celebrate the birthday of Arthur Conan Doyle, we’re writing about all things Sherlockian/ACD today. “Sherlock Holmes or Nero Wolfe?” is sponsored by The 7 ½ Deaths of Evelyn Hardcastle by Stuart Turton.

CONFESSION: I’ve never been much of a Sherlock Holmes fan. I watched Young Sherlock Holmes on video at about age 11 and noped right the fuck out of the entire canon (that movie is scary). Still, it’s almost impossible to avoid said canon, and I had passing knowledge of Holmes and Watson by age 22, which is when I happened to catch an episode of A&E’s Nero Wolfe Mysteries. Instantly hooked, I watched every episode, and then made a trip to the main branch of the Los Angeles Public Library and started borrowing every one of Rex Stout’s Nero Wolfe novels.

I loved them, but eventually I ran out. Right around the same time, the BBC series Sherlock hit American streaming services, and I watched it and had mixed opinions. I had, by then, seen some (not many) of the other Sherlock Holmes movies, and my favorite was based on the non-Doyle book The Seven Percent Solution. The BBC series made me curious about the original books, and I started reading the canon of Sir Arthur. I was…less impressed. 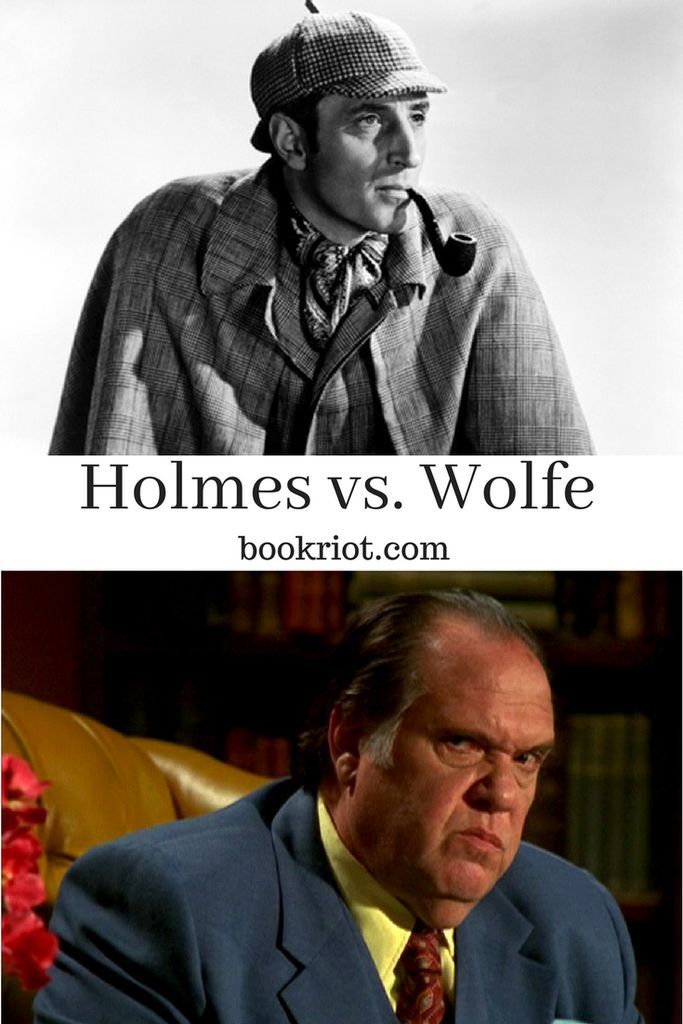 I started reading Doyle with A Study in Scarlet. The story-within-a-story reminded me of the rumor that Doyle hated writing Holmes, going so far to get away from him as to kill him. It seemed clear from reading the massive aside—which was apparently the story that interested Doyle—that he should not be allowed to decide what stories to write (a thing that pains me to say, but it’s not like anyone else is saying it about a white dude).

Still, Sir Arthur’s Holmes stories did some very important things for the detective novel genre, just as Agatha Christie and Dorothy L. Sayers would do a few decades later. But where their work seems (to me) to have directly influenced noir fiction writers like Raymond Chandler, Doyle’s very obviously influenced Stout. So I thought it would be fun to compare their two great detectives.

I have a strong preference for one over the other, but there’s no denying that Nero Wolfe likely would not exist without Sherlock Holmes.

The Detectives: Sherlock vs. Nero

Both misanthropic shut-ins. Both undisputed geniuses, observant and able to pick up on the finest of details and build an entire case around them. There is much speculation that Wolfe is based more on Sherlock’s older brother Mycroft, which almost holds up. In Doyle’s The Memoirs of Sherlock Holmes, Sherlock says of Mycroft:

…he has no ambition and no energy. He will not even go out of his way to verify his own solutions, and would rather be considered wrong than take the trouble to prove himself right. Again and again I have taken a problem to him, and have received an explanation which has afterwards proved to be the correct one.

He could easily have been Archie Goodwin describing Nero Wolfe (though Wolfe would never allow anyone to suggest that he is wrong). Mycroft, however, frequently leaves his home—he spends his time almost exclusively at The Diogenes Club. Their other similarity only matters if you are sizeist, as Mycroft is described as enormous and so is Nero Wolfe. (Miss me with your fatphobia. I am not interested. That goes for you two, too, Doyle and Stout! Your descriptions of fat men were gross.)

But back to Sherlock Holmes and Nero Wolfe. Holmes is British and Wolfe is American (by way of Montenegro). Holmes enjoys tobacco and cocaine, but does not often bother with food. Wolfe’s life revolves around mealtimes, to the point that he will walk out of a meeting in mid-sentence for dinner. Holmes plays the violin and later keeps bees. Wolfe has a greenhouse on the top floor of his Manhattan townhouse where he keeps thousands of orchids; his orchid-tending time is only second to his mealtimes in terms of his willingness to bend his schedule (he isn’t, except when he is).

Neither detective has much interest in women, romantically or otherwise. Both are, at times, outright hostile toward women.

The Legmen: Watson vs. Archie

Neither Holmes’s story nor Wolfe’s would be told without their associates. Both series are narrated by the detectives’ righthand men, John Watson and Archie Goodwin respectively. Watson is a doctor who was in the war; Archie is a detective in his own right and a bit of a rake. I love them both with my whole heart, so let’s talk about who’s played them onscreen.

Archie Goodwin has been portrayed by William Shatner (!!!!!), Tom Mason, and Timothy Hutton, among others.

The Inspectors: Lestrade vs. Cramer

They’re both dead sexy. The end. (I…do not think either of them is meant to be considered sexy. Bygones!)

Here is one area where Sherlock Holmes rises far above Nero Wolfe in my estimation: expanded universe. There have been many retellings, reimaginings, continuations, and adaptations of the Sherlock Holmes stories and set in the world of those stories. There have been radio and TV adaptations of Nero Wolfe, but little else. To be sure, this is almost entirely due to copyright laws, but Holmes is the clear victor here (at least until Wolfe is out of copyright).

The Adventures of Inspector Lestrade

There are several nonfiction books about Sherlock Holmes and Sir Arthur Conan Doyle, and a few about Nero Wolfe and Rex Stout. These are the ones I have personally read: