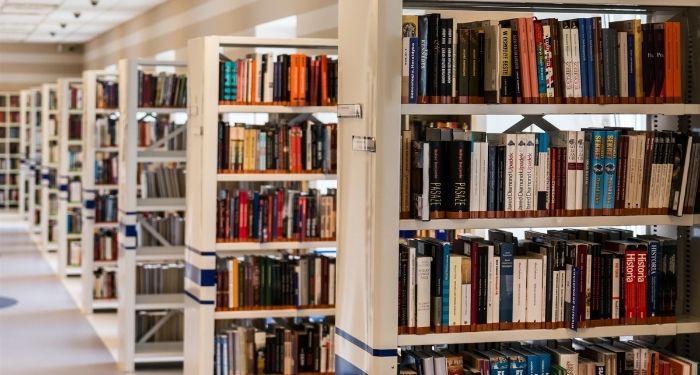 You Still Look The Same, a poetry collection about navigating mid-life 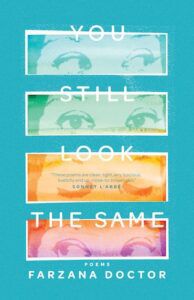 This poetry collection from acclaimed novelist Farzana Doctor is both an intimate deep dive and a humorous glance at the tumultuous decade of her forties. Through crisp and vivid language, Doctor explores mid-life breakups and dating, perimenopause, imprints of racism and misogyny, and the oddness of sex and love, and urges us to take a second look at the ways in which human relationships are never what we expect them to be.

Public libraries are finally getting their own workplace comedy. Executive produced and created by Anthony Q. Farrell, it’s a Canadian production that I’m hoping will be funny, well-written, and accurate-ish. According to Deadline, Bell Media Distribution is planning to sell Shelved internationally — bringing this library sitcom to a channel near you.

According to Deadline, Farrell explained why he set his new comedy at a library location, saying “Talk to any librarian and they will tell you the stories that walk through their door are frequently interesting. When that library is in Parkdale, one of the most eclectic parts of one of the most diverse cities in the world, they become endlessly interesting.”

In fact, sometimes the questions library staff get can be a little wacky. Sure, as a children’s librarian, I might spend an afternoon learning songs, chatting with families and doing crafts, but I’ve also had some strange interactions over the years. There was the regular who jauntily asked what my favourite Star Wars fanfic was and when I told him I didn’t read any, he looked taken aback and replied, “Well, the wedding is off!” I’ve had to Google the dietary fibre in oatmeal cookies, read out loud the contents of a Craigslist ad looking for members to join a Beatles cover band, and listen to someone complain they lost their sibling to Fox News — there was no question, he just felt sad and needed to talk.

Then there was a regular caller wanting her detailed horoscope read from a specific site and she’d call weekly for the next update. And all the many crossword answer requests — that could fill a whole day if you packed each one back to back. Oh, and a guy who used to treat our library like it was his work office — complete with helping himself to supplies out of my desk when I’d be away from it. When I’d tell him that was unacceptable, guess what, he’d pull out the ever fun ‘I-pay-taxes-to-this-library’ chestnut.

It only gets wilder from there.

Plus, it isn’t just patrons, but staff can be hilariously peculiar too. Recently, a coworker unearthed a “Branch Odours Log” from 2018 — the oddest entries included “Rotten hairspray,” “gym bag,” and “dry cat food” all within between November and December! Smelly month in the ol’ branch, I guess.

I’d love to see the surreal parts of library work represented instead of the constant pop culture portrayals of them as silent, dull, poorly lit rooms watched over by an army of shushers with bad hairdos.

Plus, and here is the thing, we librarians could use a laugh right now. A library sitcom sounds like it could be cathartic. Our workplaces are increasingly stressful from job creep and burnt out staff leaving the field, with less people stepping in to replace them. About the 2022 Urban Library Trauma Study, Pierce Alquist explained that “…regular interaction with patrons who are struggling with homelessness, poverty, mental illness, or addiction has a profound effect on library workers who are often not trained or have the resources or support for this work.”

And then there’s the conservative-led attack on books, displays, and services for marginalized people. Anti-LGBTQ+ activists are attacking drag queen storytimes, filing constant book bans, and their censorship of queer and BIPOC-authored books is at a high not seen since ye olden days when bigotry was the accepted norm.

It sounds like Farrell is trying to get it right. About Shelved, Bell Media’s The Lede quoted Justin Stockman, the company’s VP of Content Development & Programming, saying, “There’s good pedigree as far as knowing how to do a workplace comedy, because Anthony Q. Farrell, who worked on The Office for several seasons as a writer, is involved. It takes place at the Parkdale Library, and there’s a place like Parkdale in every city…[t]here are many elements there, with different types of people dealing with everyday challenges.”

And so I hope that Shelved is exactly the library sitcom the world needs, leaning into the nuances of our work. I’d be thankful to see us in all of our weird and wonderful glory.