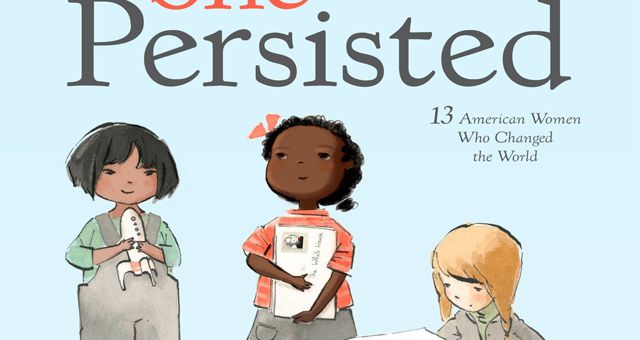 Critical Linking, a daily roundup of the most interesting bookish links from around the web is sponsored by Black Opal Books.

“Atlantic Theater Company has announced the New York premiere of She Persisted, The Musical, a new stage show based on Chelsea Clinton’s acclaimed children’s book. MK Lawson will direct and choreograph the musical, which will appear as part of the Atlantic for Kids program, with performances set to run on Saturdays and Sundays from February 22 through March 15, 2020 at the Linda Gross Theater.”

“In 2019, Own Voices romance novels are holding space in fiction for a version of the United States where immigrants can lead triumphant lives. Diverse romance is not only resisting the dehumanizing, anti-immigrant rhetoric that has become all too common in politics and media, they are changing the narrative.

‘These stories are not only affirming to those marginalized, but prove to the privileged that, Hi, here we are!’ says Tif Marcelo, the Filipino-American author of the forthcoming Once Upon A Sunset. ‘These HEAs are both a comfort and a beacon of resistance.’”

“From the author of Pride, Prejudice, and Other Flavors comes another sparkling, clever, and heartfelt romantic comedy that follows in the Jane Austen tradition—this time, with a twist on Persuasion.

Chef Ashna Raje desperately needs a new strategy to save her beloved restaurant and prove to her estranged, overachieving mother that she isn’t a complete screw up. When she’s asked to join the cast of Cooking with the Stars, the latest hit reality show teaming chefs with celebrities, it seems like just the leap of faith she needs to put her restaurant back on the map. She’s a chef, what’s the worst that could happen?”

Check out the cover reveal and read an excerpt!