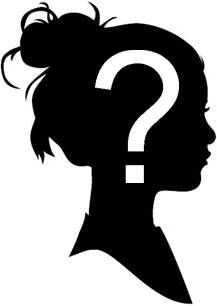 I recently read two very different novels that had one fascinating thing in common: both were narrated by unnamed women.

But really, Dept of Speculation (Jan 28) and Annihilation (Feb 4) couldn’t be more different, at first glance. The former is an extended meditation on the the difficulties of child-rearing, marriage-maintenance, and writer’s block; the latter concerns a dangerous scientific expedition into hostile territory. One is “literary fiction,” while the other is “science fiction.” One was written by a woman, the other by a man.

The choice by each writer to use an unnamed female narrator is an intriguing one. A few questions come to mind: what does it mean to be inside the head of a person we know little about? (after all, names carry a lot of weight); why a FEMALE narrator and how would the book have been different with a male narrator? And finally, can the reader relate to the narrator more easily without names coming between them?

Of course, this is all just speculation (pun intended!), but fun, because we book folks have good imaginations and we like to think through what we read. I, for one, find unnamed first-person narrators intriguing because it’s like stepping into another person’s mind and going on the journey with them. It’s highly personal, even intimate. Of course, reliability is always an issue, but STILL. I don’t think Annihilation would have been as haunting if it had been told in the third-person. Dept of Speculation wouldn’t have been as wrenching and beautiful if we hadn’t been led straight into the narrator’s mind as she tried to assemble the pieces of her life into a coherent whole.

These books have inevitably led me to think of other texts with nameless first-person narrators, like Ralph Ellison’s Invisible Man and Charlotte Perkins Gilman’s The Yellow Wallpaper. Namelessness invites us to identify with the narrator where we might otherwise resist, because, as I said before, names carry a lot of weight. Without a name to separate us, we can merge into one mind, one consciousness. And perhaps we pay attention to the voice itself more when we are inside an unnamed narrator’s head. Ellison’s narrator is at times playful, angry, and philosophical; Perkins’s moves from calm to increasingly desperate.

Why a female narrator, though? I can say that, as a female reader, I probably identified on some deeper level with these characters. Not that women necessarily identify with women, and men with men, etc.- this has just been my experience. For one thing, the fact that both narrators explore their relationships with their husbands made me think of my own marriage and the ways in which our relationship has changed and deepened with the passing years.

Of course, by reading at all, we are demonstrating our wish to experience life through other eyes. First-person unnamed narrators provide a particularly interesting way in.