With Leigh Bardugo’s work getting well-deserved attention, one of the stand-outs of her Grishaverse books is Six of Crows with its fantasy heist plot. Everyone loves a good heist, right? The personable criminals we hope will succeed, the team dynamic built between strong personalities, the competence of a complicated plot done well. Here are some more great SFF heist novels to scratch that itch if you want The Italian Job…but in space.

The Exposition Universelle World Fair is coming to Paris, and on display along with its technological marvels is a Babel fragment, a magical artifact that allows anyone who wields it power over the elements. Séverin can reclaim his place among France’s elite if he successfully steals it — and with a team of five other societal outcasts with unique talents that he gathers, he just might manage it. 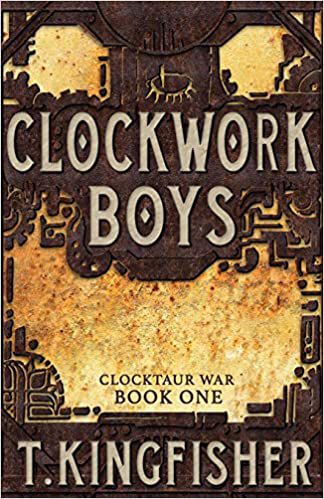 A group of criminals are sent on an espionage mission to try to find the secrets — and weaknesses — of the mechanical soldiers in a neighboring, hostile kingdom. It’s down to a paladin, an assassin, a forger, and a scholar to save the day…but only if they don’t murder one another along the way. 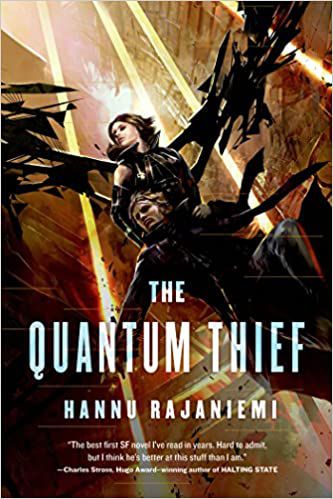 The Quantum Thief by Hannu Rajaniemi

In the far future, a post-human conman and mind burglar languishes in the Dilemma Prison, where every day he has to find and murder himself before his other self can murder him. Rescued from his sentence, he’s given a chance to regain his freedom and everything else he’s lost…if he can complete the one heist he ever failed. And this time, he’s got an investigator hard on his heels. 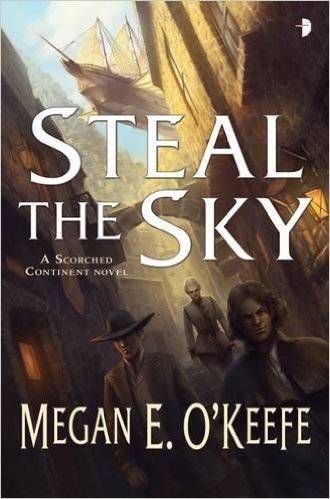 Wanted conman and disgraced noble Detan Honding and his companion, Tibs, have one last, big heist they want to pull in order to get out of the city of Aransa, where they’ve already done one too many cons. All they need to do is steal an entire airship, one that belongs to an exiled commodore. But as they’re trying to complete the job, a face-changing assassin begins murdering members of Aransa’s government, and the heist takes on a decided flavor of political intrigue. 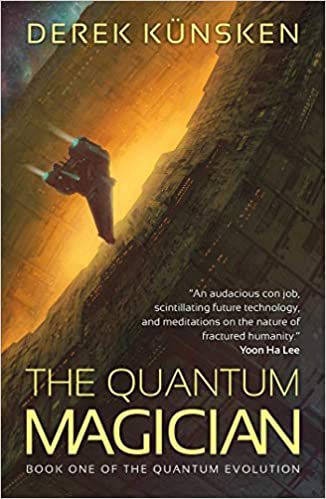 The Quantum Magician by Derek Künsken

Belisarius never intended to become a conman. But as a created being engineered to have almost impossible knowledge and insight, his deadly flaw turns out to be a near-suicidal drive for knowledge and an a deadly aversion to boredom. These drives have served him surprisingly well as a criminal, but even he’s starting to get bored again…until a client offers him massive wealth and an even more interesting problem: smuggling a squadron of secret warships through a wormhole controlled by the enemy. 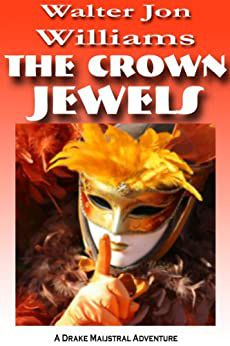 Drake Majistral is an Allowed Burglar, and one of the best in the galaxy. He’s even been rated Top Ten by the Imperial Sporting Commission. But even someone in the top ten can make a big mistake, and that’s what happens when Drake steals an object so valuable and sought after that it goes from being a pay day to an intergalactic political incident in an instant. Now he’s got everyone from murderous militias to a maniac with a giant sword on his tail and an item to hot to fence.