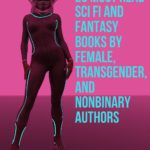 It’s the summertime and you might be looking for some SFF (science fiction and fantasy) books to add to your reading list. Well, you’re in luck! A few years ago we posted a must-read list of must-read SFF books by female authors, and a lot has changed since then. In recent years, there has been an explosion of awesome SFF writing from women and nonbinary authors. This list is comprised of both women and nonbinary authors because these two separate groups continue to be in the margins of publishing, especially in certain genres. SFF has primarily been thought of in the past as male-dominated genres, but that is changing. 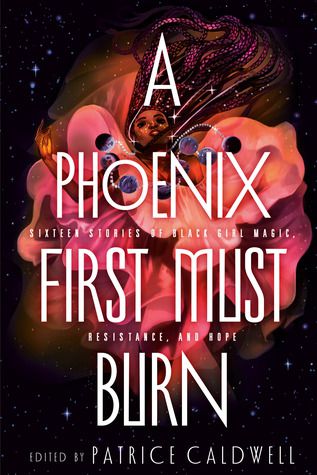 This anthology has 16 stories that center Black women and gender-nonconforming individuals, full of magic and fantasy. Contributors include Dhonielle Clayton, Rebecca Roanhorse, Amerie, and Justina Ireland, and the only downfall to the book was that I wanted even more.

One of my favorite books of the year, this genre-bending novel tells the story of Echo Brown, who is a wizard. While parts are autobiographical, the story is a beautifully written fantasy that also examines very real things like poverty, racism, interpersonal violence, and addiction. Brown finds ways to survive her parents’ addictions, and when she transfers to a rich school on the other side of town, the effects could be devastating.

A horse opera set in the American Southwest? Queer librarian spies? A tale of antifascist rebels? If this all sounds good to you, you need to read this one ASAP. When Esther hides in the Librarian’s book wagon as a stowaway to escape an arranged marriage, she quickly finds out that she has her work cut out for her.

This is a feminist time travel story that I have been thinking about ever since I read it last year. It’s 1992, and Beth has a run-in at a riot grrrl concert that ends with the death of a friend’s boyfriend. In the year 2022, Tess uses time travel to visit historical moments and fight for change, but it’s not that easy to actually change history forever. The two lives cross and leave the reader to think about what it means to make a difference.

Billed as a “found family wuxia fantasy,” this book follows Guet Imm, who has taken vows with the Order of the Pure Moon. After a coffeeshop quarrel turned deadly, she tags along with the group of bandits who intervened in the quarrel. But there are secrets being kept, and there’s trouble ahead. A queer wuxia fantasy that includes bandits, friendships, and martial arts? Here you go.

How Long ‘Til Black Future Month? By N.K. Jemisin

If you’ve never read any Jemisin, this is a great place to start. This collection of short stories shows the range of Jemisin’s work and imagination, and the world building and character crafting are exquisite. The short story that her newest novel, The City We Became, was based on, is in this collection as well. There is alt-history, dystopias, fantasy—Jemisin could write down her grocery list, and I’d read it.

This is book 1 of the Daevabad trilogy, so it’s a good place to start. It’s 18th century Cairo and con woman Nahri accidentally summons Dara, a djinn warrior. They have to leave Cairo and find themselves in Daevabad, a magical city—with dangerous consequences. A complexly layered fantasy novel, this is not to be missed.

Sunny Nwazue was born in New York City but now lives in Nigeria. She’s albino, and feels like she doesn’t quite have a place anywhere…and then she finds out she has magical powers. She finds a group of fellow magic students, and eventually they are asked to help capture a magical criminal. Okorafor builds a vivid world in this book, and lucky for us, there’s a sequel: Akata Warrior.

Patricia and Laurence have been friends since they were little, but their friendship fizzled after an unexpected revelation. As adults, they both find themselves in San Francisco: Laurence works in tech and Patricia is a witch and healer. The world is falling apart and magic and science are at odds with each other…and these two individuals from opposite ideologies are falling in love. Quirky romance, apocalypse, dorky characters…this is a fun one. 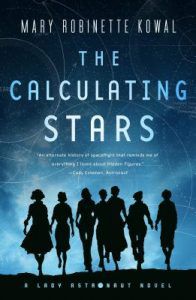 It’s 1952 and much of the East Coast of the U.S. was wiped out by a meteorite, causing a looming threat of climate disaster that will make the earth uninhabitable. Colonizing space is suddenly a priority, and Elma York, a pilot and mathematician, earns a place on the team to help make it happen. Although there are other women on the team, none of them are being tapped as astronauts. The book examines gender and race expectations in the 1950s, as well as mental health stereotypes, all set in an alternate history.

Black mermaids, sirens, sprites, demons…in today’s Portland, Oregon. Not only are Effie and Tavia navigating high school, but they’re also dealing with racism, sexism, and intergenerational trauma, all set against the backdrop of a murder trial related to a siren. When Tavia is pulled over by the police and accidentally lets out a siren call, everything changes. Fantasy, magic, sisterhood, and social justice themes blend together in this beautiful book.

The HSS Matilda is a space vessel that is reminiscent of pre–Civil War South. Aster has been taunted with names like monster and freak, and is on the Matilda. She lives on a lower deck slum of the vessel and the leaders of the ship are cruel and brutal to darker-skinned members of the ship. Aster needs to find a way out—but at what cost? This is a fantastically-written intersectional book that will leave you thinking about it for a long time after you’re done.

Jam and her best friend Redemption live in the city of Lucille, where there are no more monsters. But then there’s Pet, a creature borne from a painting that Jam’s mom created. When Pet tells Jam that they’re there to hunt a monster that may be in Redemption’s house, Jam must confront what she’s been taught her entire life—and the resistance of others to see what is right in front of them.

Described as Hitchhiker’s Guide meets Eurovision…yes, please! After the Sentience Wars nearly destroyed everything, a new tradition was created: the Metagalactic Grand Prix. Part beauty pageant, part gladiator contest, part concert, part war—and if you fail, your species is terminated. Now, however, humankind has discovered the larger universe, and the Earth’s fate is at stake. 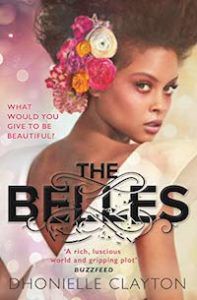 In Orleans, Belles control Beauty, which makes them special. You’re born gray, and only with the help of a Belle do you become beautiful. Camellia is a Belle, and she wants to be the most talented Belle and be part of the Queen’s court—but things aren’t always as good as they seem, and she may not be what she always thought she was.

This would be another novella about overthrowing a dynasty…except it’s not. This book, told decades later from the viewpoint of Rabbit, the Handmaiden, details the story of the rise of the empress In-yo. Described as “the heart of an Atwood tale and the visuals of a classic Asian period drama” and “feminist high fantasy and an indictment of monarchy,” this novella is short but packs a lot into the story.

Alex Stern is not your typical Yalie: she has a suspicious past, not to mention is the sole survivor of an unsolved multiple homicide. When in the hospital, she’s offered a full ride to Yale by mysterious benefactors—who tell her she needs to monitor the secret societies. A dark tale of mystery and magic, Alex is a kickass protagonist and this is Bardugo at her finest.

This is book 1 of the Crescent City series, which follows Bryce Quinlan, who is half-Fae and half-human. Bryce’s life was going well—until her friends were murdered by a demon. The demon is arrested and jailed, but when crimes start happening again, Bryce becomes involved—and that’s when she meets Hunt, a Fallen angel enslaved to the Archangels. But if he helps solve the murders with Bryce, he may get his freedom. 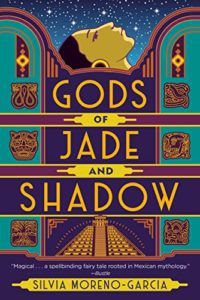 A dark fairytale with roots in Mexican folklore? Yes, please. It’s the Jazz Age, and Casiopea Tun dreams of leaving her home in Southern Mexico. When she accidentally frees the spirit of Hun-Kamé, a Mayan god of death, he asks for her help. If she fails, she dies; if she succeeds, she could have everything she wants. Moreno-Garcia has created a lush, layered world in this book, and this is anything but your typical fairytale.

Billed as a “space opera debut,” this book follows Ambassador Mahit Dzmare as she arrives for her first assignment to Texicalaan and finds out that the previous ambassador is dead—but no one will tell her the truth about how he died, either. Mahit needs to navigate a political climate that is increasingly unstable, figure out what happened to the previous ambassador and by whom, and save her home Station. If you love this one, the sequel comes out in 2021.

Editor’s Note: The title and a similar sentence in the intro were changed from 20 Must-Read SFF Books by Women, Transgender, and Nonbinary Authors to the current title to accurately reflect authors represented on this list; clarification on why both women and nonbinary authors are included here was also added after the initial publication.