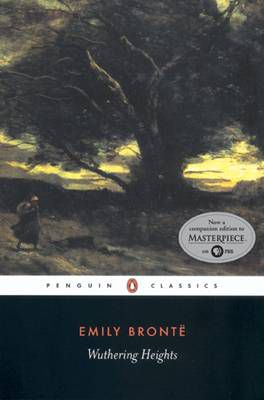 As the old saw says, who’d want to vote for anyone willing to run for president? I mean, think about it. You have to be willing to give up your entire life’s worth of privacy—along with the privacy of your family, friends, and just about anyone who ever met you, whether they like it or not. You have to pander to enough constituencies to grab 50%+1 of the vote in enough states to get 50%+1 of electoral college votes. You have to shake thousands of germy hands and kiss nearly as many sticky-fingered babies. And you pretty much have to have spent your whole life knowing that someday you’d want to do this. Of course, if you do it right, you get to be arguably the most powerful person in the world. (And if you do it wrong, you risk being a disgraced laughingstock forever.) So when some people ask which literary character you’d vote for if they ran for president, I ask, which ones would? 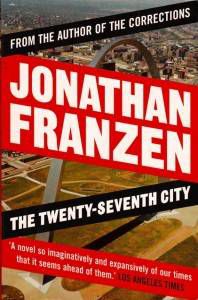 7. Mr. B.
Pamela is just a poor, honest girl born to poor, honest parents, but Samuel Richardson invented the evil Mr. B. to test her integrity by cajoling her, lying to her, cheating her, and finally imprisoning her unless she’ll agree to be his wife. He’s rich, he’s powerful, he’s definitely sociopathic, and he’ll do anything to get what he wants—even if the prize seems hardly worth the trouble. In other words, if Mr. B. will do this much just for some sexytime with servants, what would he do for access to The Button?


A relative of Gandhi, the Bombay native hired by St. Louis to become the new police chief in Jonathan Franzen’s The Twenty-Seventh City is more Iron Lady than peaceful protester. Her arrival in St. Louis kicks off the novel, which outlines how “she didn’t have to plot. She amassed power and left the soiling details to subordinates, her dignity untarnished.” This is a woman who knows how to get power without getting her hands dirty—and then get more power, and more again.

5. Jay Gatsby
Just because candidates have to appear squeaky clean doesn’t mean they are, and Gatsby has plenty of experience with the kind of striving and deception that help a man rise to the top. He also has perseverance; a man who will do so much and wait so long hoping to win a woman may also have the staying power to move from the dullness of minor local office to the glamour of the White House. And surely, if he were president Gatsby would be much more impressive than Tom Buchanan, even if he doesn’t have old money. Perhaps Daisy would finally change her mind? 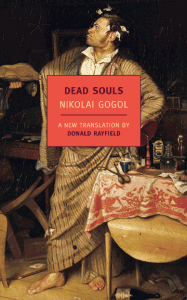 In Reading Color Newsletter
A weekly newsletter focusing on literature by and about people of color!
Thank you for signing up! Keep an eye on your inbox.
By signing up you agree to our terms of use
If 19th-century Russia had been a democracy, there seems little question the protagonist of Dead Souls would have been anything but a politician. Chichikov doesn’t have much wealth of his own, but he has a lot of bravado and a fair amount of charm. Not connected enough to be a political appointee, he instead aspires to success through a harebrained scheme to purchase deceased serfs—talk about a man who can make use of legal loopholes. Chichikov’s problem is the problem of all confidence men: he can talk himself out of anything, until he can’t. This means that not only would he be crazy enough to run for president, it would probably be pretty fun to watch as well.

3. Michael Kohlhaas
To be completely fair, the title character of Michael Kohlhaas isn’t crazy—at least not in the same way as the other characters on this list. He’s quite earnest, and his leading of a popular revolt is very much Doing The Right Thing. He’s just crazy to think it will get him anywhere good. A victim of genuine and basic injustice, he finds he has the power to inspire, and he’s fool enough to stick to it until the bitter end. Because the end is bitter, especially when you’re not a sociopath.


Including historical figures in the list is a danger, because clearly there have been hundreds who really did run for president. Including Shakespearian characters is also tough, because just about every one of his plays contains someone appropriate. But Richard III takes the Machiavellian cake. Mongering scandal, imprisoning and killing foes, wooing and conniving, Richard runs into the problem that plagues so many of these characters: the bigger the sociopathic jerk rising to power, the harder he falls. 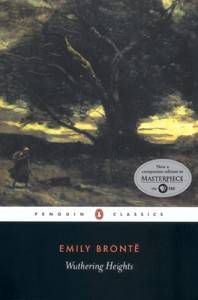 1. Heathcliff
The great thing about Heathcliff is that he knows how to play the long game. He has a lot to overcome in the march to a presidential nomination—no one even knows where he’s from, let alone who his parents are—but he has a demonstrated track record of patience and determination. It may take him a lifetime to get revenge on the rest of the Wuthering Heights crowd, but he’s willing to put in the work to make that happen. And for anyone who thinks Heathcliff isn’t winning any popularity contests, remember how well he plays Isabella Linton. This is man who will hang your puppy even as you agree to elope with him. Not only is he going to run—he might just win.