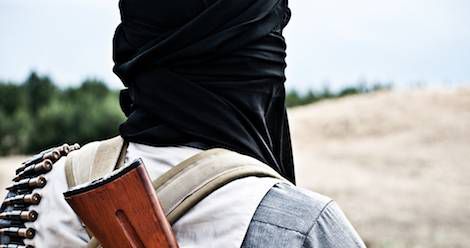 Part of my job as a reporter covering the Middle East for the Guardian is to report on the atrocities the group carries out on a regular basis, from the murders and killings of journalists and activists, to the large-scale atrocities against Christians and minorities, the suicide bombings and the destruction of cultural heritage in Syria and Iraq.

But ISIS isn’t the existential threat it is made out to be. The group is in retreat, losing the territory on which it has built its fictional state. To defeat the group, we must understand its roots and how it came to exist, first inside an Iraq torn apart by the American invasion, and then in a Syria destroyed in a revolution turned civil war, and how disenfranchisement and the tyrannical rule of Arab despots plunged the region into the self-immolation it is currently experiencing.

So here are a few books about ISIS that help shed some light on the birth and evolution of this nihilistic terror group. I believe we can defeat fear through understanding. 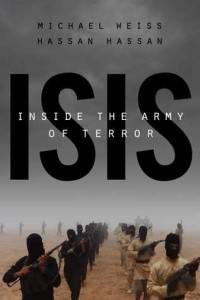 SIS: Inside the Army of Terror by Michael Weiss and Hassan Hassan

Easily the best history I’ve read of the evolution of the terror group, from the coalescing of its leadership in the American prison camp of Bucca in Iraq, to its role in fomenting the civil war there and its expansion into Syria, the book also goes into the ideology animating the group and its “management of savagery,” the image it has created for itself and how it controls and administers territory in its so-called state. 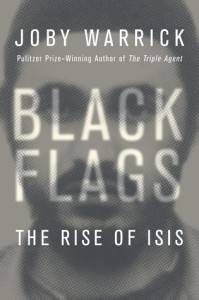 Black Flags: The Rise of ISIS by Joby Warrick

A deeply-reported tale, chock full of fascinating details and unfolds like a true crime drama that traces the rise of the singular figure who created the first iteration of the group we know today as ISIS. Abu Mus’ab al-Zarqawi, a Jordanian pimp and drunkard who spent a long time in prison in his country, would later emerge in Iraq to create al-Qaida in Iraq (AQI), which later became the Islamic State in Iraq, then Islamic State in Iraq and the Levant (ISIL) and finally simply Islamic State. It’s an actual page-turner that I finished in about a day and a half. 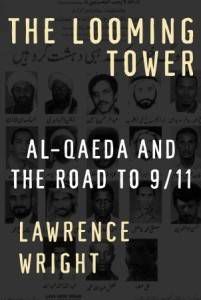 The Looming Tower: al-Qaeda and the Road to 9/11 by Lawrence Wright

I may be cheating a little by including this book, but not really. This volume is primarily a fascinating biography of al-Qaida, and how the group came to carry out the 9/11 attacks. ISIS was originally the al-Qaida affiliate in Iraq, before a complicated falling out (detailed in the two books above) in Syria led to them splitting off from each other and they are now bitter enemies. But The Looming Tower traces the ideological roots of radical extremism in Islam in the 20th century, and the writings of Sayyid Qutub, an Egyptian writer whose polemics inspired Osama bin Laden and Ayman al-Zawahiri and laid the intellectual foundation of today’s jihadist movements. It’s also a really well-written yarn that is deeply-researched and will have you shaking your head in disbelief quite often. 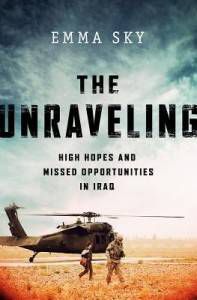 The Unraveling by Emma Sky

Emma Sky was working for the British Council when she volunteered to help rebuild Iraq in the heady weeks and months after the overthrow of Saddam Hussein despite her opposition to the war. She soon rose in the ranks to become a top political adviser to American generals on the ground, and this partial memoir offers an insider look at how Iraq was lost, when at crucial moments the progress over the years was reversed, Iraq’s Sunnis were disenfranchised, and ISIS returned.

(BONUS book recommendation: I’d pair this book with Relentless Strike, a history of the American Joint Special Operations Command, which has a detailed discussion of the US campaign in Iraq and how the special forces developed the concept of the “unblinking eye”, a constant aerial surveillance of cities in Iraq that allowed them to trace safe houses from where suicide bombs emerged, and eventually to trace and kill the leaders of the Islamic State in Iraq.) 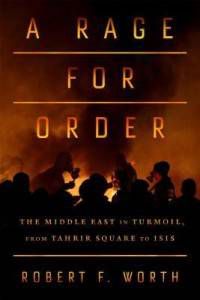 A Rage for Order by Robert F. Worth

This book isn’t about ISIS, but it deals with the narratives of religious fervor and sectarianism, corruption and freedom that took hold amid the Arab uprisings that began in 2011 by tracing the stories of individuals from Egypt, Syria, Yemen and Libya – from an interrogator with a Libyan militia who finds himself charged with the government torturer who killed his brother, to two women, one Sunni and one Alawite, in Syria whose friendship disintegrates with the uprising in Syria, to Tahrir Square in Egypt’s brief promise of egalitarianism, and how it all fell apart, creating the conditions in which ISIS thrives today. 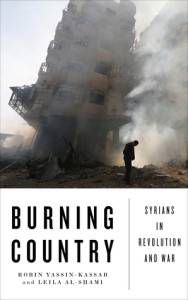 Burning Country: Syrians in Revolution and War by Robin Yassin-Kassab and Leila Al-Shami

One of the best books that have been written about the Syrian revolution turned civil war, the two Syrian co-authors of this book trace the origins of the rebellion against Syria’s dictator Bashar al-Assad, and how the fight for freedom devolved into a civil conflict of unparalleled misery, how the revolution was betrayed and how ISIS and its “scorched earth” ideology came to hijack a revolution with few champions of the cause. 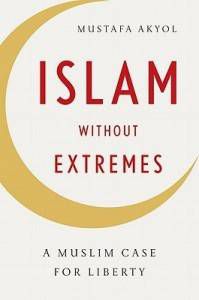 Islam Without Extremes by Mustafa Akyol

Is ISIS Islamic? It’s an ongoing debate since the group uses Islamic texts and traditions to justify its wide-scale slaughter, but it is an Islam that few of the more than 1 billion Muslims in the world today would scarcely recognise. Mustafa Akyol’s book was written before ISIS was proclaimed, and its chapters on Turkey are a little bit dated given the recent coup attempt there, but it’s an excellent treatise on how the forces of puritan conservatism came to become a dominant force in Islamic discourse at crucial moments in history, and how little resemblance their misogynistic and austere vision of Islam bears with the egalitarian vision of Islam’s early days during the Prophet Mohammad’s time. 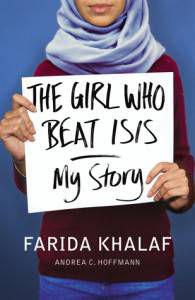 The Girl Who Beat ISIS

I have not yet read this book, but the reviews are glowing and I’m planning to pick it up as soon as possible. It tells the story of a Yazidi girl who was captured by ISIS and repeatedly tortured and raped by her captors, before escaping and fleeing to Germany (quick primer: the Yazidis are an ancient religious community living in Iraq, and which survived an attempted genocide by ISIS in 2014 when the group surged into the country. The terrorists have decreed that the Yazidis are infidels who must either be captured or enslaved, and thousands of members of the community have gone through that).

I’d also encourage you to read some of the excellent longform journalism out there exploring how ISIS came into existence and why the group fights. Here are two stories to start with (full disclosure: the author, Martin Chulov, is the Guardian’s Middle East bureau chief and is both a colleague and mentor that I immensely respect, and whose reporting for the last 10 years in the region is in my view among the best journalism that has been done in the past decade):

Isis: the inside story