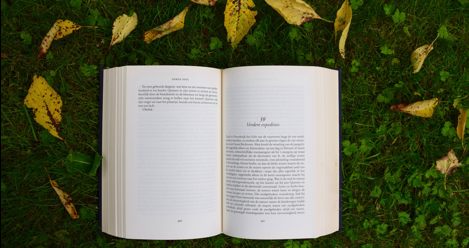 To The Series I Haven’t Finished:

There are some things you wish wouldn’t end. Like the perfect summer night, or the soothing rain after a scorching day. They’re the things you wish to savor, to take in sip by sip, like the first cup of coffee in the morning. That’s how I feel about some of you. Your stories are so rich, so dynamic, and so full of the thoughts and feelings I’ve been trying to put into words for years, it’s hard to imagine there’s an ending at all. I know it’s there, and I know that one day I’ll have to find it. But each time I think about reaching for that final page, that bittersweet sigh, I clench. Let me live in this world one day longer, I think. Just one day more. And yes, one day has stretched into two, three, maybe more. But for me, the wait has been worth it.

And then, there are other things that I feel have ended so perfectly right in the moment I’m in, how could there possibly be anything more? I’ve heard the swan song in my mind, the people I’ve fallen in love with have reached a point that has made me sigh The Sigh, and now I’m ready to settle into the hangover dazedly, waiting for something new to jolt me awake. Except, apparently, there’s another book. Honestly, it feels kind of funny to me at that point. For me, the story is done — everything is in a place that makes me feel complete, and content. So when I’m told that there’s more, I have to laugh a little, and I have to ask, more of what? It feels odd to me, to disrupt the characters who, in my mind, have settled so beautifully into their new worlds. Why intentionally take that away again?

Finally, there are also some things that you wish had ended before they even began. And yes, sadly, there are some of you that fall in this category for me. Don’t take it too much to heart. After all, every book has its critic. Truth be told, I’m yours. For whatever reason, I didn’t love — or even like — your story, your style, your characters, or something else about you. Once, I would have pushed through anyway — I used to have a hang up about giving up on books too soon. But as I get older, it has become easier and easier to let go. Why torture myself when I know the ending, whenever and wherever that may be, won’t bring me any pleasure? So, yes, some of you are on the DNF shelf because I just don’t like you. And barring a crazy, futuristic, personality-changing operation, that’s probably where you’ll stay.

So I’m writing this letter to tell you what I’ve learned from you — that sometimes, endings come in unexpected ways… and that’s okay. Sure, sometimes they arrive right on time — in the final chapter of the trilogy, the final page of that seven-book series, right where they’re meant to. But sometimes they come a little too early. Sometimes it feels like they don’t — or shouldn’t — come at all. But wherever I decided to stop, whether it was halfway through the first book or on the final page of the last one, I’m beginning to understand that it was for a reason. So, listen. We may never get back together. I may never definitively know what happens in that final page of that final book. But, at the risk of sounding hopelessly cheesy…it’s all about the journey anyway. Right?