I’m talking, of course, about Serial’s second season. Serial, the podcast that changed the way so many of us think of podcasting, was one of my favourite storytelling experiences of 2014. So when I woke up on Thursday to see the first episode of Serial’s second season sitting in my podcast app waiting to be inhaled immediately, I actually yelped with delight.

And it’s a big one, folks. While the season one story, the trial of Adnan Syed, still winds its way through the court system, the Serial team is tackling an even bigger case this time around: the story of Sgt. Bowe Bergdahl. In 2009, Bergdahl abandoned his post at a remote outpost in Afghanistan; he was kidnapped by the Taliban and held for five years. But why did Bergdahl walk away from his post that day? He’s still an active duty soldier, but he faces a potential court martial for desertion. And what happened during the five years the Taliban held him? It’s going to be a rich, complex story that involves a lot of moving parts, set in a part of the world many of us have no reference point for, within an institutional structure many of us are unfamiliar with. 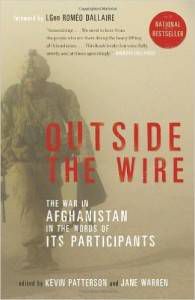 Much of Bergdahl’s story is centred on life in the remote military outposts in Afghanistan. Life here is not like base life. In Outside the Wire: The War in Afghanistan in the Words of Its Participants, Kevin Patterson and Jane Warren collect the stories of the men and women who serve in these locations. This tells the story of the war in Afghanistan from the perspective of soldiers, doctors, and aid workers living in the field. It’s moving, harrowing, and occasionally funny, but what it does best for Serial listeners is capture the kind of life Bergdahl wandered away from one summer day. It’s a good book for context and clarity. (It is told from the perspective of Canadians in the field, but I don’t think the stories they tell are particularly nation-specific.) 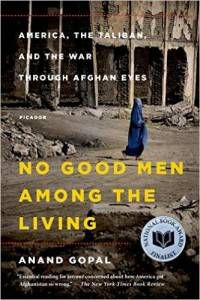 As we listen to Serial, we’ll be hearing about the experiences of American soldiers and, judging by the preview in the first episode, the experiences of the Taliban as well. It’s worth remembering that there’s a whole nation of Afghani citizens who live within the wreckage left behind by both sides in the conflict. In No Good Men Among the Living: America, the Taliban, and the War Through Afghan Eyes, Anand Gopal tries to give readers a clear sense of how Afghans see the war. Gopal tells the stories of three Afghanis, including a village housewife who tries to stay neutral in a war that does little more than destroy her world. This book was a finalist for the Pulitzer Prize for its unwavering commitment to reframing the Afghan war from the perspective of the people forced to live it. 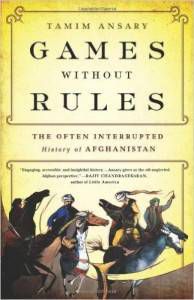 There’s a famous saying regarding the West’s inability to complete any fight in Afghanistan; it’s attributed to any number of Afghani warlords speaking to English, Russia, or American generals, depending on who is telling the story. The warlord, it’s said, in response to a question about the quagmire of war, remarks: “You have the clocks, but we have the time.” In Games Without Rules: The Often Interrupted History of Afghanistan, Tamin Ansary takes readers through Afghanistan’s history by focusing not on its battles with various Western powers but instead on the nations own arc of history. By decentering the West and reframing the Afghan story, Ansary provides valuable context for the war Bergdahl was fighting and for the Taliban he found himself held captive by. 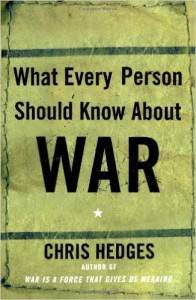 Part of unravelling the mystery of Bowe Bergdahl will require us to understand the impact of war of the psyche of those who fight. Was Bergdahl making a sound decision when he walked away from his post? Were his anxieties about leadership rooted in truth? Was he right to believe no one would listen to his complaints? The masterful critic of the modern military complex Chris Hedges offers readers context for the lived experience of soldiers in What Every Person Should Know About War. This book is utterly devastating but also honest: Hedges lets military records speak for themselves about how the people who go to war pay the consequences. Told in stark question-and-answer format, this book pulls no punches in its quest to make sure every reader is clear-eyed about what it means to serve. 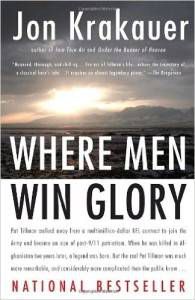 Bowe Bergdahl is not the first soldier to do something very mysterious in Afghanistan and to be the subject of very high-profile questions and, potentially, cover-ups. Investigator par excellence Jon Krakauer offers another in Where Men Win Glory: The Odyssey of Pat Tillman. Tillman was the man who famously walked away from a multi-million dollar NFL career to enlist in the army post-9/11, only to be killed in 2004. The American people were told he had died a hero fighting the Taliban; in truth, he was accidentally killed by his comrades. How the lie became a cover-up and what the military was willing to do to keep it going is the subject of Krakauer’s investigation. His meditation on how the military’s narrative flattened a complex, nuanced man has echoes for Bergdahl’s case.

So that’s five books on Afghanistan, war, history, military intrigue, and trauma that should keep you going as we all hang on, breathlessly, from Thursday to Thursday until Serial is done spinning this web.