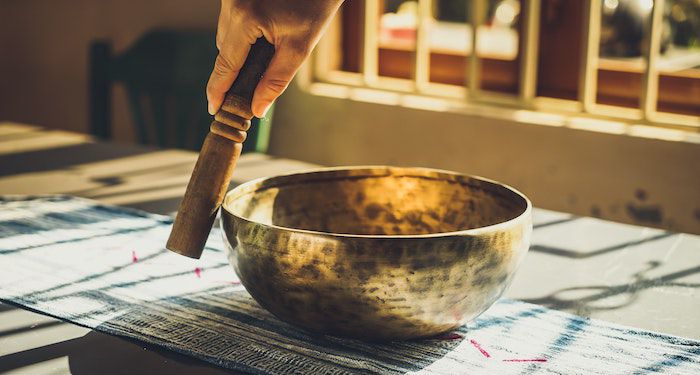 I’ve been teaching yoga now for almost five years. Before I started teaching, I spent four years practicing in Dublin and exploring studios around London. I covered my 200 hour teacher training, which is the standard qualification, over the course of a year with a school in London. I taught my first class in 2015 and have taught hundreds since.

I knew, of course, about some of the allegations against prominent yoga teachers, and though it didn’t sit well with me — I mean, how could it? — I also didn’t know how to deal with it. After watching Bikram: Yogi, Guru, Predator when it was released, I started doing more research. I dug into the histories of the men who developed, exported, and built yoga into the industry it is now — and everywhere I looked, I found pain and suffering.

My bookshelves are home to many abusers in the yoga community, and to works derived from their legacies. Sri Swami Satyananda is considered an originator of modern yoga nidra through his Bihar School of Yoga. Book published by the Bihar publishing arm show up on the bookshelves of most yoga teachers, their uniform packaging and presentation a clear indicator of the breadth of his reach.

Satyananda has been accused of multiple counts of sexual assault and rape, including an assault on a 7-year-old child. A state investigation into a Bihar-linked ashram in Australia found a culture of silence around abuse, compounded by an immense power imbalance. The report specifically noted that the Bihar School in India was more interested in protecting its own reputation than providing support for the investigation into the ashram. Satyananda’s book on Yoga Nidra is a founding text of the practice. It’s on my shelf. Most teachers I know have a copy. I have given copies as gifts when I didn’t know better.

Satyananda is one among many. Swami Satchidananda is renowned for his translations and commentaries on the seminal Yoga Sutras of Patanjali. His translation sits on my shelf and the shelf of everyone I trained with. In the early 1990s he was accused of molesting his students, but was never charged.

Someone interested in yoga could likely avoid the yoga sutras if they needed to, and there are multiple translations to choose from. Nobody has to practice yoga nidra. But the vast majority of yoga is done on the mat, and the yoga we practice on the mat carries a burden of abuse too.

K Pattabhi Jois was the founder of Ashtanga Vinyasa yoga, a style with near-universal popularity on a global scale. If you’ve been to a dynamic, power, flow, vinyasa, or ashtanga class, you are practicing in Jois’s lineage. He has been accused of making inappropriate adjustments to his female students and has further been accused of groping and sexual assault on a vast scale. There are photos and videos, and the number of his victim can never be known. His teachings cannot be forgotten because his students have achieved great fame, among them Kino McGregor, Instagram yoga sensation, and David Life, who went on to co-found Jivamukti Yoga. I trained as a vinyasa teacher, so I’m a part of that legacy, too. And not once in my 200 hours of training did anyone tell me about Jois.

Silence is golden. This was a problem before Jois and it’s a problem after him. Jois trained with Krishnamacharya, the so-called grandfather of modern yoga. While Krishnamacharya hasn’t been accused of sexual assault, The Path of Modern Yoga notes that he was physically cruel and abusive to his students and bad tempered with his family. Krishnamacharya died in 1989 and lived in a very different world, but physical abuse has surely never belonged in yoga, a supposed path to enlightenment free from obstacle and pain? Krishnamacharya’s books are on my shelf too.

In mid-2020, Yoga for the People, a studio in New York, shut down. It had been run by Greg Gumucio and attained a huge level of success in the city with its no-frills offerings. But there was a darkness in the background, and as the world quietened due to COVID-19, anonymous posts showed up online. They talked about racism and sexual assault, body shaming, and even suicide. The posts highlighted a culture of fear and manipulation, and shined a light on a capricious and cruel leader. In addition to everything else, Gumucio has been accused of rape. What galls the most is that Gumicio was trained by the one and only Bikram Choudhury, a man accused of sexual harassment and assault, homophobia, racism, battery, and discrimination. Choudhury is, somehow, still teaching.

The apple doesn’t fall far from the tree. Because yoga is sold as an all-encompassing practice, the inherent power imbalance which results from surrendering to a ‘guru’ is a sucker punch to autonomy — particularly when these gurus are master abusers, mercurial and unstable, gifted at manipulation. As students, we learn much from our teachers, and I often wonder how many students reproduce the errors of their gurus. There is a pattern here. We can’t ignore that.

Uma Dinsmore-Tulli has recently released an updated edition of Yoni Shakti. Her new foreword tears into the yoga industry, laying out accusation after accusation, noting the broadness of complicity in the industry and demanding better. Next year, she will publish Nidra Shakti, an encyclopaedia of yoga nidra which will hopefully note the filth in the foundations of that practice, too. These things are hard to read, and though the accusation were not new to me, her approach was. The very first page of Yoni Shakti is a trigger warning and the words are stark: “Nobody’s daughters are safe in these places: It’s not consent if you’re afraid to say no.” There was something oddly freeing about reading these words.

Dinsmore-Tulli may be the first in what I hope is a long line of straight talkers in this industry, but she is not the only hope, either. In recent years, yoga books like Jessamyn Stanley’s Every Body Yoga have hit shelves to great acclaim, commanding that attention to be given to yogis of colour and to multiple body types and shapes. In Going Om, essayists from a range of backgrounds bring yoga into a clear focus as a thing that helps when nothing else can, and the historical badness can’t drown that out. Restorative Yoga for Ethnic and Race-Based Stress and Trauma is perhaps a portent of things to come, and a harbinger of a practice that can move away from its murk. As years pass, we get better at accountability, at transparency. Part of my advanced 300 hour training was about the responsibility of a teacher, and the power I hold when I direct from a mat. I have hope.

What I don’t have, is answers. This is a struggle every time I climb on my mat to teach or practice for myself. I push back against my adoration of yoga because these men who built it, tainted it too. With so many #MeToos, there’s a lot of chat about separating an artist from his art, and enjoying work despite the people who created it. For a book or a series of them, I can come to terms with that sometimes. But yoga was vital to my mental health when I first laid my feet on a mat a decade ago, and it’s hard not to feel a deeper and more vehement resentment for its difficult history. Can we separate the yoga from its creator? I just don’t know.