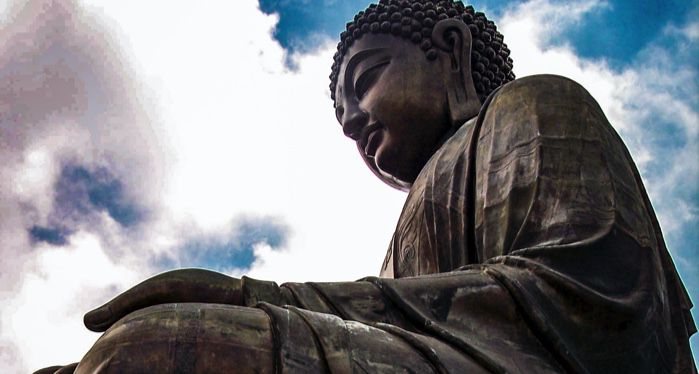 Critical Linking, a daily roundup of the most interesting bookish links from around the web is sponsored by Henry Holt & Co.

“Buddhism goes way back — so far back, in fact, that we’re still examining important evidence of just how far back it goes. Take the exhibit above, which may look like nothing more than a collection of faded scraps with writing on them. In fact, they’re pieces of the laboriously and carefully unrolled and scanned Gandhara Scroll, which, having originally been written about two millennia ago, ranks as one of the oldest Buddhist manuscripts currently known. You can read the scroll’s story at the blog of the Library of Congress, the institution that possesses it and only last year was able to put it online for all to see.”

Technology for the win.

“Paramount Pictures is developing Elsie Chapman’s magic-themed ‘Caster’ novel as a movie with Scholastic Entertainment, Josephson Entertainment and Weed Road Pictures producing.
‘Caster,’ published in 2019 by Scholastic Press, centers on Aza Wu, who knows that real magic is dangerous and illegal because it killed her sister, Shire. Aza must step in to save the legacy of Wu Teas, the teahouse that has been in her family for centuries.”

A fantasy marketed as Avatar: The Last Airbender meets Fight Club is getting adapted and I am here for that.

“‘Within 24 hours, Stayman-London had a four-page book proposal that would become One to Watch, a raucous rom-com novel published on July 7, and within two months, she’d sold the book. One to Watch is still as comforting a book as it was for Stayman-London when she wrote the proposal, but most important, the book echoes an important message: The world is fatphobic, and it has seeped into every element of fat people’s lives, including dating. One to Watch introduces us to Bea Schumacher, a successful and widely read plus-size fashion blogger (think Gabi Gregg, Nicolette Mason, or Essie Golden), who writes extensively about the clothes she wears, the industry that creates them, and her experiences of being fat both inside and outside the fashion world. ‘For us, something as simple as posting an outfit-of-the-day selfie is a political action, and we have to live with all the people who feel entitled to comment on our bodies, to tell us we’re ugly, or unhealthy, or grotesque,’ she muses.'”

I didn’t know Kate Stayman-London had been a speechwriter for Hillary Clinton!