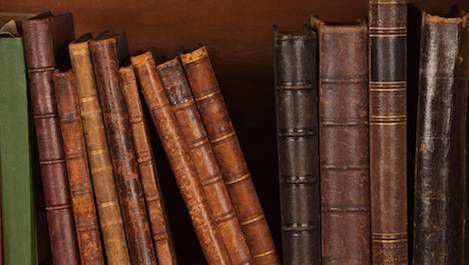 “I think most serious and omnivorous readers are alike – intense in their dedication to the word, quiet-minded, but relieved and eagerly talkative when they meet other readers and kindred spirits.”

I love this quote by Paul Theroux, and I’m never more excited than when I find not just a fellow reader, but a fellow lover of a book that is dear to me. That could be Eats, Shoots & Leaves, which signals I am in the presence of another insufferable punctuation nerd. Or The Guernsey Literary and Potato Peel Pie Society , which tells me the reader is partial to the now-ancient but oh-so-wonderful art of letter writing, and gives me a chance to talk about the deeply happy year I spent as an eighteen-year-old on the island of Guernsey, in the English Channel. Or The Time Traveler’s Wife – chances are high its owner is a fellow romantic of a melancholic bent. Or, particularly now that I live in an English-speaking country, any of the books I grew up reading in Belgium, perhaps especially the poetry of Jacques Prévert. And then, of course, there’s this book:

Come to the Edge, by Christina Haag

No matter how many times you fall in love, Christina Haag writes, it always comes at you sideways. It always catches you by surprise. That’s what it was like for me and this book. I expected, from the reviews I’d read, a maybe-slightly-better-than-average celebrity memoir. What I got was a book that pulled me in with the beauty of its language and of its heartbreaking love story and has refused to let me go. I’ve seen it described as haunting, and I’d say that’s accurate – it’s been four years, and I still often think about it and recommend it endlessly, and not only because its author has been undeservedly kind to me. The aspects of my own writing of which I am proudest come from the same place deep in me that was so moved by this book. If I saw it on someone’s bookshelf, I’d know I’d found a kindred spirit, someone with whom I could share a love of something that has become precious to me.

The Day I Became an Autodidact by Kendall Hailey

I should start by saying that I’ve literally never seen this book on any bookshelf but my own. Like Claire’s choice, it’s a memoir, in this case by a teenager who finished high school early so that she could get a head start on her real education, which she achieved by reading, watching, and eating anything she wanted, as well as traveling with her family and writing as much as her (famous author and playwright) parents. It was beyond inspiring to me as a teenager and continues to be as I approach 40. If I ever saw it on someone’s shelf, I would make them be my best friend. 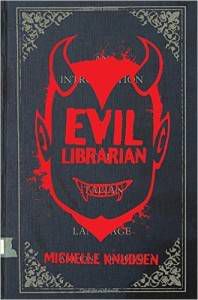 It’s not so much that we’ll be friends if the book is on your shelf. The better indicator will be your response to my flailing, gushing, and squealing. This book is about high school theater (I lived in the auditorium), seductive demons (I came to my Buffy obsession late), and a slow-burn crush that develops as two teenagers solve a supernatural mystery (this, sadly, was NOT my high school experience, but still.)  The narrator’s voice is fun and chatty, unabashed of her crush, unashamed of her fears, and ready to fight the literal powers of hell to get her best friend back. GUYS, THE DEMONS WON’T COMPLETE THEIR DASTARDLY PLANS UNTIL AFTER OPENING NIGHT BECAUSE DEMONS LOVE SWEENEY TODD. Fun, funny, spirited, romantic! I am on pins and needles waiting for the sequel. If you have Evil Librarian or understand a single sentence I wrote above…call me. 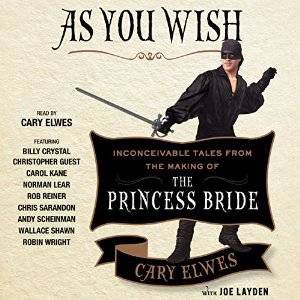 My brother and I grew up sparring, as siblings do, and then I moved away to college and we suddenly became friends. But up until that point I didn’t take too much time to delve into stuff like my annoying younger brother’s reading habits…until one day he used ‘Inconceivable!’ at me, and I suddenly realized we shared a much bigger bond than the familial: we both loved The Princess Bride. And it was wuv, twoo wuv between us forevermore. Knowing that my little brother absolutely adored the same book as me just made me understand him in a whole new light. And then when he and I both got copies of As You Wish, The Man In Black’s behind the scenes peek into the filming of the movie, and we both called each other to gush over this treasure of a book…well. It was like eating a delicious MLT, when the mutton is nice and lean and the tomatoes are ripe. Perfect bonding moment. 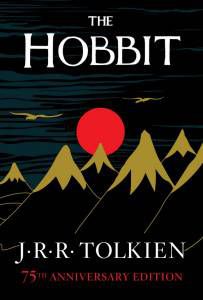 I have wanted to visit Middle-earth since I was ten years old. By twelve, when the hype around Peter Jackson’s film adaptations was reaching a fever pitch, I was a full blown LOTR junkie (complete with a One Ring replica around my neck and a full size poster of Legolas on my bedroom door). Back then, most of my closest friends were super fans too, and we bonded over nine-hour trilogy marathons and terrible gollum impressions. My inner fan has quieted down a bit since then, but I’m still a hobbit at heart, so if you love Middle-earth as much as I do, we’ll probably get along just fine.

What about you? You walk into someone’s house and scan their bookshelves. Which book, if you see it there, signals to you that its owner is a kindred spirit?  Maybe it’s a childhood favourite you wish were better known. Maybe it’s a little known book that you never get to nerd about with anyone. Maybe it’s a  memoir that spoke deeply to your soul when you read it. Maybe it’s the fact that the bookshelf’s owners has six annotated copies of Persuasion next to a heavy volume of literary criticism and so have you. Tell us in the comments – it might be the beginning of a beautiful friendship with someone out there on the bookternet.