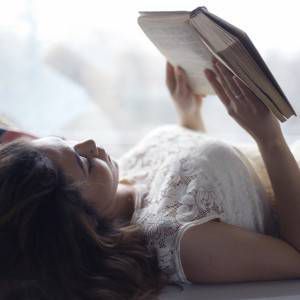 I’ve heard too many people call prologues all types of literary trash. They’re pretentious, they say. Unneeded filler. Annoying. When a prologue is too good, the rest of the story is a let-down. Prologues are full of information that wasn’t important enough for the actual story. The author is merely clearing their throat.

Fuck it, I’m here to be charmed off my ass.

“Come forward. Come in from the summer heat and the flies. Come in from that assault on all senses, that pummelling of rod and cone and drum and cilia. Come in from the great spotlight of the sun, sweeping across the white sands, making everyone, and therefore no one, a star. Come inside and meet the prologue.” – RADIANCE by Catherynne Valente

I began thinking more about the prologue after reading the beginning of Valente’s Radiance. Valente’s prologue is unapologetic. It is decadent. It is the whisper of the story just beginning to unravel from the pen. As she writes: “The prologue is the mother of the tale and the governess of the audience. She knows you have to bring them in slow, teach them how to behave.”

Seduction, indeed. And like all kinds of seduction, there are times when the prologue is too needy, too overbearing, or just plainly unwanted. I believe, though, the best prologues are the entry points that we desperately want for every story. From Homer’s request to the Muse, to the opening lines of the Finnish oral epic, The Kalevala, a prologue is as integral to our stories as the hero or heroine.

“I have a good mind / take into my head / to start off singing / begin reciting / reeling off a tale of kin / and singing a tale of kind. / The words unfreeze in my mouth / and the phrases are tumbling / upon my tongue they scramble / along my teeth they scatter.” – THE KALEVALA, as translated by Keith Bosley

In newer fiction, a good prologue is one that introduces the tone and style of the story. A great prologue, however, is all about setting the stage, baiting the tease, opening up the mystery, allowing the reader to come in slowly and–once they’re there–hooking them.

“I suppose at one time in my life I might have had any number of stories, but now there is no other. This is the only story I will ever be able to tell.” – THE SECRET HISTORY by Donna Tartt

“Unless the stone bursts with telling, unless the seed flowers with speech, there is in my life no living word. The sound I hear is only sound. White sound. Words, when they fall, are pockmarks on the earth. They are hailstones seeking an underground stream.”- OBASAN by Joy Kogawa

When the unnamed becomes named.

“It’s a wonder that any mother ever called a daughter Dinah again. But some did. Maybe you guessed that there was more to me than the voiceless cipher in the text. Maybe you heard it in the music of my name: the first vowel high and clear, as when a mother calls to her child at dusk; the second sound soft, for whispering secrets on pillows. Dee-nah.” – THE RED TENT by Anita Diamant

Great prologues–I’ve found at least–are short. Five pages or less. They might introduce some elements of the plot, but it’s scant. The prologue isn’t merely used as a device to dump information. The unending prologues of some fantasy novels with no limit on word count are lazy world-building on the author’s part.

“First of all, it was October, a rare month for boys. Not that all months aren’t rare.” – SOMETHING WICKED THIS WAY COMES by Ray Bradbury

The best prologues–I’ve found at least–make the world around me go a bit quieter. It’s a physical sensation. The best prologues assure me from page one that I’m safe in the hands of a talented author.

“The Waystone was his, just as the third silence was his. This was appropriate, as it was the greatest silence of the three, wrapping the others inside itself. It was deep and wide as autumn’s ending. It was heavy as a great river-smooth stone. It was the patient, cut-flower sound of a man who is waiting to die.” – THE NAME OF THE WIND by Patrick Rothfuss

So, instead of ripping on about the failings of lesser prologues and talking at too great of lengths about how they shouldn’t be in any story, I search out those exquisite examples. I read, waiting for some beautiful sentence to take me in. I search for prologues that make my stomach drop. And when I find one–heavens me–that is when I let myself go and hold on.

“Anger be now your song, immortal one, / Akhilleus’ anger, doomed and ruinous, / that caused the Akhaians loss on bitter loss / and crowded brave soils into the undergloom, / leaving so many dead men” – ILIAD by Homer